​Unjustifiable and unfathomable were just two of the words a judge used to describe the abuse of children in a Manitoba Old Order Mennonite community as he handed down a five-year sentence to the man considered the "main actor" in the abuse.

​Unjustifiable and unfathomable were just two of the words used to describe the abuse of children in a Manitoba Old Order Mennonite community as a judge gave a five-year sentence to the man considered the "main actor" in the abuse.

"The crimes are serious, unjustifiable and, in fact, unfathomable," Justice John Menzies said, describing the children as victims of torture. "What could a child do to deserve that kind of treatment?"

Justice John Menzies handed down the sentence of 5½ years Wednesday afternoon in a Brandon courtroom full of members of the Old Order Mennonite community, which cannot be identified due to a publication ban.

The man, who previously pleaded guilty to seven counts of assault with a weapon and one count of assault, sat silently in the prisoner's box as the Crown gave a lengthy background on the case and on the small, insular horse-and-buggy community where the abuse took place from 2011 to 2013.

The man pleaded guilty Wednesday morning to one count of sexual assault. A second count was stayed by the Crown in exchange for the guilty plea.

About two dozen community members sat in court Wednesday, some with their heads down, while others held their heads in their hands. Several left the room when the Crown attorney started detailing the facts related to the sexual assault charge. 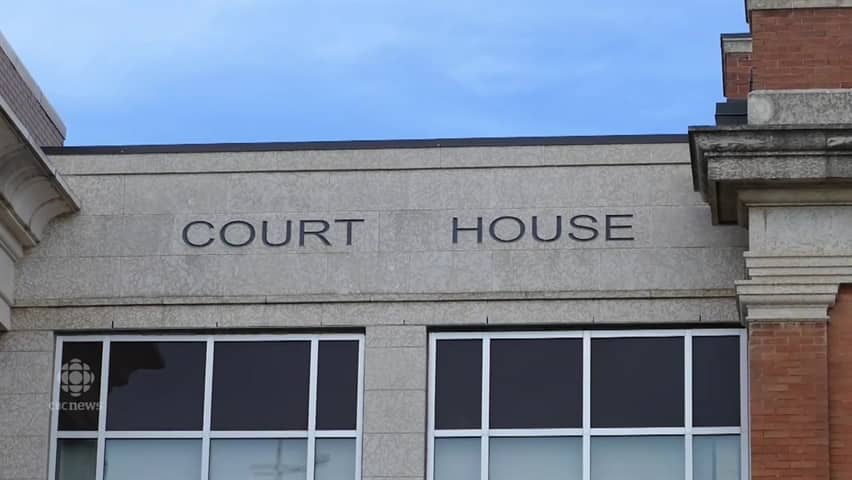 4 years agoVideo
1:04
A judge has handed down a five-year sentence to a man described as the "main actor" in a child abuse case that saw Old Order Mennonite children abused with cattle prods and straps in a small Manitoba town. 1:04

The Crown described the man as the "main actor" in the abuse, directing and involving others in the discipline of the community's children.

The prosecutor said the man was a respected elder in the community, and parents were told to take their children to his home for counselling.

That counselling turned into discipline sessions, with cattle prods and straps used to punish the children. Another four men and one woman also were charged for participating in the abuse.

The man's defence lawyer called his actions an "unfortunate chain of events," saying the man believed he was doing the right thing for the community at the time. He said his client is sorry and regrets his actions.

While delivering his sentence, Menzies read out the names of each of the victims. Their names are protected by a publication ban.

"I hope that as I read out those names that you could see their faces," he told the man. "This is not the type of offences that happened once, or happened twice; these are offences that were inflicted on numerous occasions over the course of years.

"Long, prolonged periods of angry questioning, isolation, physical assaults, prolonged assaults with leather belts, beaten with wooden boards, electric shock with cattle prods.… Who on this earth could possibly think that that is conduct that a child justified?" he said.

Menzies characterized the abuse as a war waged on the community's children, turning their church, which should have been a place of comfort and refuge, into a place of terror.

"What does a young child think when they are struck 40 times with a leather strap?" Menzies asked. "All you taught them was how to be victims."

​The 5½-year prison term was jointly recommended by the Crown and defence lawyers earlier Wednesday morning, and the lengthiest sentence for the abuse to date.

The man was the fourth man to be sentenced for the abuse, which involved dozens of the community's children. He showed no emotion as he was led out of the courtroom by sheriff's officers while the community members in the courtroom stood in silence.

Two previously sentenced men received sentences of six months to a year, and another man was sentenced to 18 months in late June.

A woman was handed three years probation for her role in shocking two girls with a cattle prod and hitting another one with a strap.

Thirteen people were initially charged in connection with the abuse. Charges against four men and four women were stayed in 2014 after they agreed to peace bonds requiring them to enter counselling and not contact the other accused.

Social workers took 42 children from 10 families into custody after the abuse came to light.

Thirty-eight of them have since returned to live with their parents in a community that does without modern technology such as running water, television and the internet, which they would have experienced in foster care.

Two teenagers refused to return to the community. Two of the children were made permanent wards of Manitoba Child and Family Services.

Outside court, a community leader handed reporters a statement, expressing deep regret and shame over the abuse but forgiveness for the offender.

The statement said they do not want to seek revenge or reimbursement for any of the losses they have suffered.

"We leave justice to the government and vengeance to God," the statement says.

The community now hopes to heal and provide safety for the families, the statement says.

Court heard that 13 families lived in the small community at the time the abuse came to light. Nine remain.

Full statement from the community

As members of the [name withheld due to a publication ban] Mennonite Community, we express deep regret for the abuse and shame that took place in our midst.

We want to humbly [re-build] the community in harmony with Christ and his teaching.

We do not want to seek revenge or ask for reimbursements for the losses we suffered, instead we choose to forgive the offender and desire that he would come to full repentance so the he can be found forgiven from God as well.

We leave justice to the government and vengeance to God.

Our desire is that our community may heal and our families be safe.