'It's a problem that is still here': paramedic says Winnipeg's fentanyl crisis isn't over

As police and health officials look at ways to fight fentanyl in cities across the country, one local paramedic says the problem here is far from over.

As police and health officials look at ways to fight fentanyl in cities across the country, one local paramedic says the problem here is far from over.

EMS public education co-ordinator Cory Guest said while we may not be hearing about illicit opioids like fentanyl and carfentanil as often, the drugs remain a danger on Winnipeg streets.

New numbers released by the city show calls to the Winnipeg Fire Paramedic Service for overdose and poisoning have been trending upwards over the past 14 months, representing about a 50 per cent increase. Calls peaked in August 2016 at 198, then levelled off, but are steadily climbing again this winter. There were 185 calls in January and 186 in February.

Naloxone, which can reverse the effects of an opioid overdose, was administered by Winnipeg Fire Paramedic Service members to 143 patients in the first two months of 2017.

Guest said while the total numbers of overdose and poisoning calls represented in the statistics can include anything from alcohol poisoning to cases where a child ingests something toxic, the vast majority are linked to illicit street drugs.

"Accidental overdose, or accidental poisoning, they're out there," said Guest. "Very, very small number compared to the illicit drug use."

Guest said they're still analyzing the data closely to get a better understanding of the problem, in an effort to tailor public education programming to the community and ensure responses are following what the trend is. However, he said there has been a fairly steady increase in the number of fentanyl-type calls.

"The vast majority of opioid responses we are seeing in the city of Winnipeg are sort of two categories," said Guest. "We're seeing people who are perhaps seeking out fentanyl and they know what they are getting, but there's a huge number of people in the community that don't know what they're getting. They think they're getting another illicit street drug, or another prescription drug illicitly, when it's actually pure fentnayl." 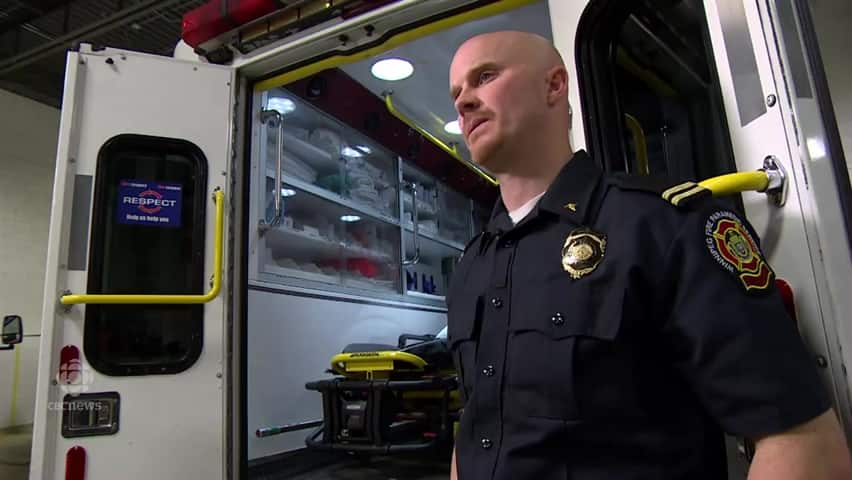 4 years agoVideo
1:57
As police and health officials look at ways to fight fentanyl in cities across the country, one local paramedic says the problem here is far from over. 1:57

Insp. Max Waddell, a member of the WPS Organized Crime Unit, said frontline officers started carrying naloxone in mid-December and by mid-March had administered it to members of the public three times.

"We weren't really sure what to expect here in Winnipeg," said Waddell. "But we know that there is fentanyl in the streets of Winnipeg and we know sadly that people are overdosing. Therefore our primary purpose was not only to protect members of the public, but to also protect ourselves."

Waddell said in the fall of 2016, Winnipeg police identified a spike in the number of fentanyl-related calls their members were responding to.

"It would appear that that's when there was a larger than normal amount fentanyl that came into the city and a lot of most likely on first-time users were experiencing it," said Waddell. "That put them in a situation where they're putting their lives in jeopardy and ended up overdosing and therefore our services were required I think it's important to note that the Winnipeg Police Service does not respond to all medic calls and really that's a function for the fire paramedic service."

The province also distributes free naloxone kits at 29 sites, but a spokesperson said statistics on their use won't be available until the spring.

Waddell said police typically get involved in calls where it's believed something criminal may have occurred.

With Files from Jacques Marcoux