A 43-year-old man is charged with numerous offences after a pickup truck racing away from Winnipeg police slammed into a car, killing a woman and critically injuring an infant.

A 43-year-old man is charged with numerous offences after a pickup truck racing away from Winnipeg police slammed into a car, killing a woman and critically injuring an infant.

Armand Joseph Jr. Chartrand is accused of driving the truck that crashed into a family van in the city's William Whyte neighbourhood around 1:30 p.m. on Saturday.

Jennifer Dethmers, 30, was in the back seat of the van and died. Her nine-month-old son, who was also in the back, was rushed to hospital in critical condition.

Dethmers' partner and stepdaughter were also sent to hospital with serious injuries.

Chartrand and his passenger were also treated in hospital.

He was also charged with driving while suspended and driving without insurance.

Chartrand's passenger was not charged.

Police spokesman Const. Rob Carver won't say what led to the initial attempt by police to stop the truck before it sped off, because the incident is under investigation by Manitoba's police watchdog, the Independent Investigation Unit.

The only thing he would say is that "this was not a random stop." He also said Chartrand is known to police.

Officers first noticed the truck near Main Street and Boyd Avenue (police initially said Boyd and Salter Street on the weekend). They followed for two block before attempting to pull it over at Salter and Boyd, Carver said.

The truck raced off and two blocks away, it blew through a stop sign and broadsided the van at the corner of Boyd and Andrews Street.

The truck flipped on its side; the van was crushed and bent nearly beyond recognition.

"A fleeing vehicle is thousands of pounds of metal that can do the type of damage we saw on the weekend. It's hugely dangerous," Carver said.

When the truck sped off, police did not pursue it because of that exact risk, Carver said. 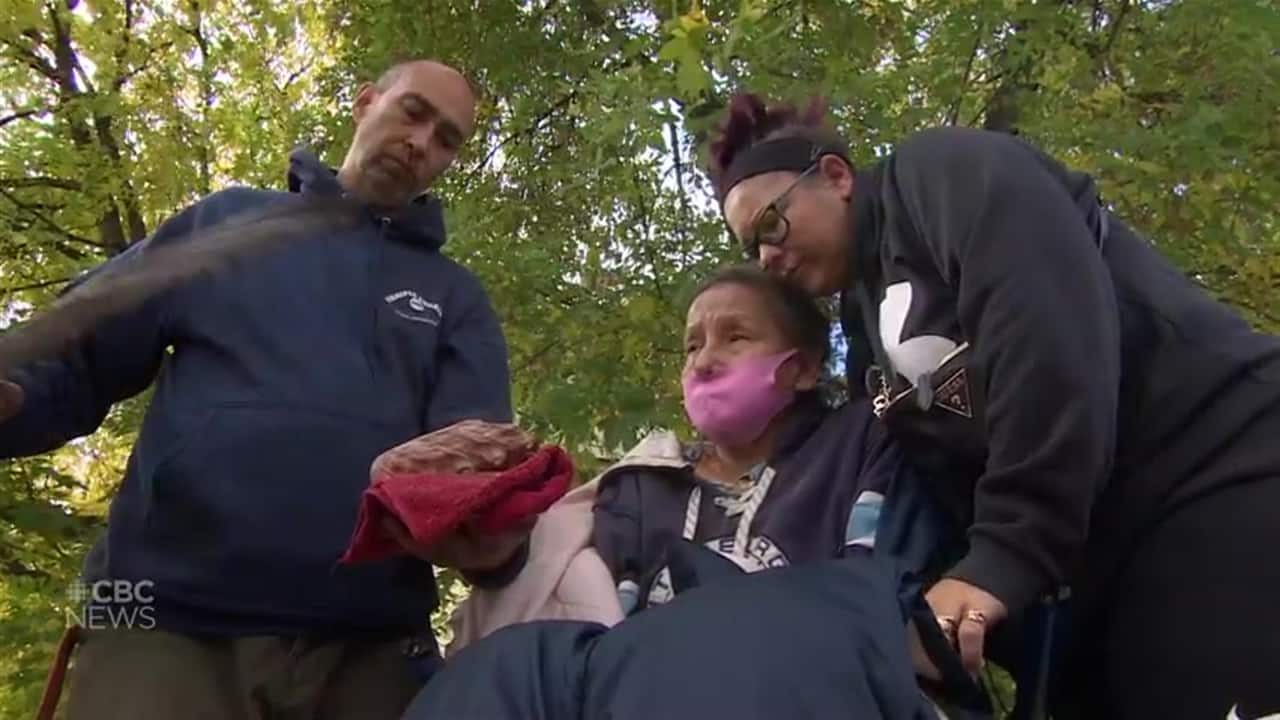 Grieving the loss of young mother after weekend crash

2 months agoVideo
2:35
A 43 year old man is facing a long list of charges in connection to a crash that killed a 30 year old woman and sent 5 other people to hospital. 2:35
CBC's Journalistic Standards and Practices|About CBC News
now