People don't see how it's 'a dire situation' for patients and health-care workers, parent says

Families of children with underlying health conditions, who have long stayed isolated prior to the pandemic, are asking the public to follow public health orders.

They say, if caught, COVID-19 can have detrimental effects on their children.

"It's really hard for us to wrap our heads around the fact that people can't grasp how simple of a thing it is to wear a mask," said Vince Chernichan, the father of four-year-old Maya, who was diagnosed with acute lymphoblastic leukemia when she was two.

"People just don't seem to realize ... how much of a dire situation it is in there for all the doctors and the nurses and the patients."

For Vince and his wife Sarah, who are based in Winnipeg, COVID-19 extended a two-year marathon of isolating their family from health risks that could harm their daughter.

They had pulled Maya and her older sister Brielle, who is six, out of public school to mitigate health risks. Sarah, who is a teacher, stopped working to homeschool the girls, while Vince continued his firefighting job.

They were hoping it would all end in September, when Maya finished her chemotherapy, but the pandemic exacerbated the level of caution they needed. That same month, the province elevated its pandemic response level in Winnipeg and 17 nearby areas to orange after seeing a spike in cases.

"Because her immune system is still trying to get back to a normal level, we're not quite sure how she would react to it and how her body would be able to handle it," he said.

According to Sarah, their daughters have been handling the situation well.

"What we've learned over the last two-and-a-half years is kids are so much more resilient," she said.

"We don't give them enough credit. Maya had to go to Cancer Care and keep a mask on her face for four hours," she said.

'We're not playing games with this'

Angela Loeppky's family, based in Altona, maintained a bubble for nearly 20 years. Her daughter Hannah, 23, has a congenital heart defect and left pulmonary stenosis.

The surgeries she had as a child left her with trachea damage for ten years. Healthy and stable now, Hannah occasionally still has trouble breathing.

"She gasps for air. If it's windy, we definitely don't take her outside. She spends a lot of time inside unfortunately," said Loeppky.

Loeppky runs her interior design business from home so she can be with her daughter 24 hours a day. Other than attending a day program, Hannah mainly spends time with her mother.

The most frightening time, Loeppky said, was when she and her husband felt COVID-19 symptoms.

"Those times...were one of the scariest days of my life," she said.

"How could we care for her if we were sick? How could we prevent her from catching it from us? Where would she go to isolate from us?" she said.

"We're not playing games with this," she said. "I find those loopholes are a danger to her and it upsets me very much."

'Think outside that box'

She has two daughters and a son. Her 5-year-old son, Kiver is autistic, and her middle daughter, 8-year-old Paisley, is developmentally delayed because of brain cancer.

Paisley had two relapses since she was diagnosed with cancer at eight months old, and Millette her daughter will have long-term effects in her heart and lungs from chemotherapy.

She said oncologists want Paisley to have a normal life with socialization, but they're also aware COVID-19 can bring severe complications.

Millette said if Paisley relapses, she'd have to pull her children out of school because she can't risk them bringing the virus home.

But there's very little option for remote learning to support students with disabilites in the school district, she said, so that could mean she quits work to homeschool them.

The province recently announced remote learning is mandatory for students in Grade 7 to 12 for two weeks after the winter break. But for those in Grade 6 and below, remote learning remains optional.

Millette said it's discouraging to see anti-mask protests happening. For her family, skirting health advice was never an option, so they equipped themselves to have limited contact for the past seven years.

The children attend public school, but they don't go on many outings. If they do, each one is weighed carefully. Most of the time, activities are organized at home.

"Our backyard is set up for fun and games," she said.

The children have swings in the basement, her husband is currently building them an igloo and she's been rallying her neighbours to build an ice rink close to home.

"In seven years, we've generally learned to think outside that box and not just limit ourselves to what we can't do," Millette said.

"That's the one good thing cancer has brought us." 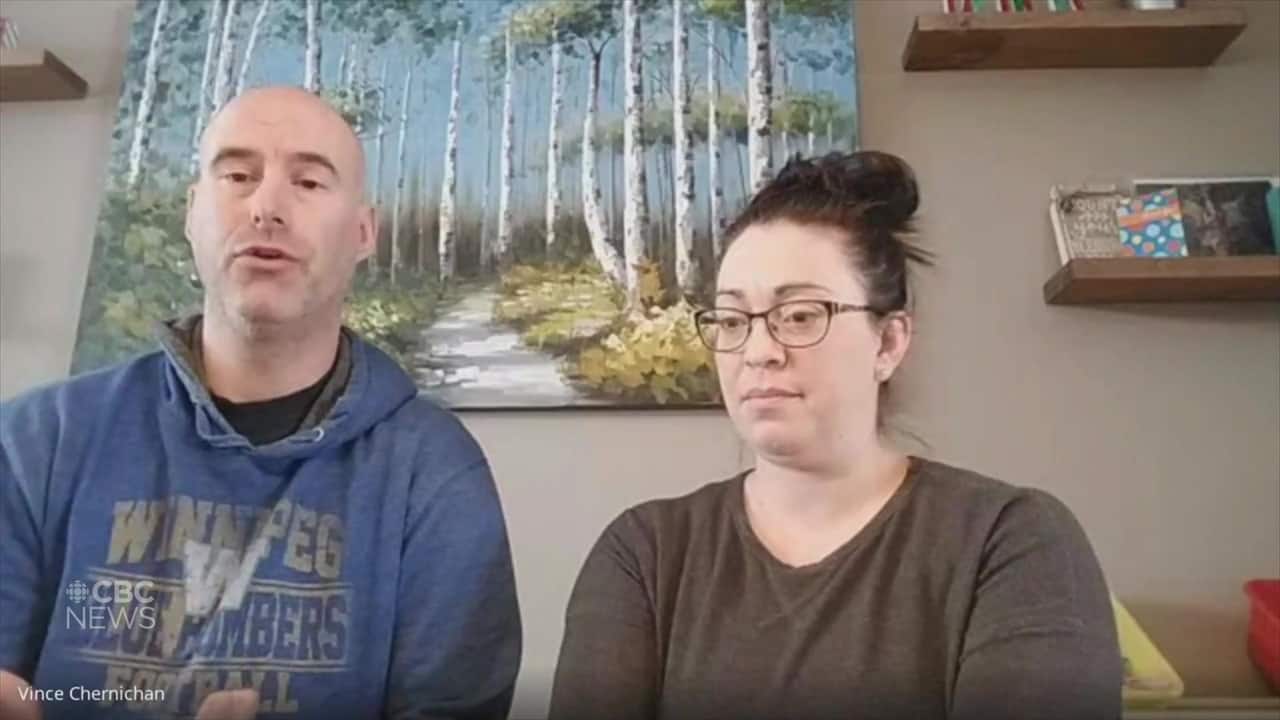 3 months agoVideo
2:32
Families of children with underlying health conditions, who have long stayed isolated prior to the pandemic, are asking the public to follow public health orders. 2:32