A military judge has handed a retired Manitoba soldier, convicted in a deadly training accident in Afghanistan in 2010, a six-month suspended sentence. 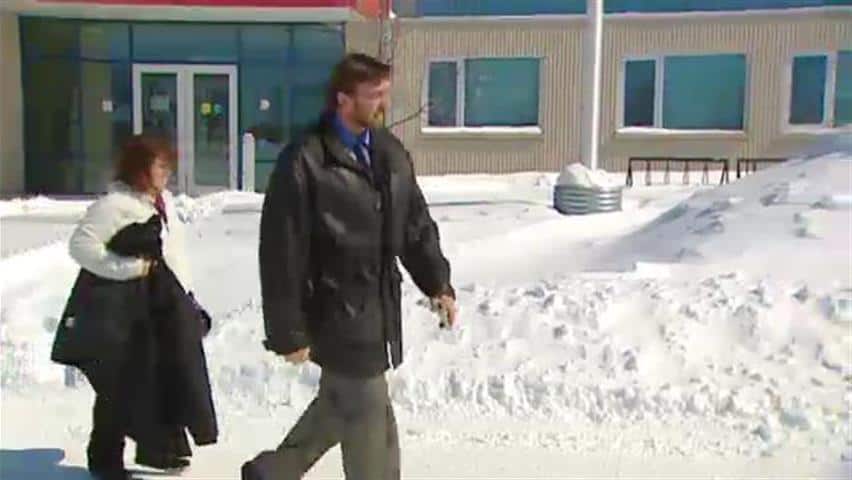 8 years ago
1:44
Retired Manitoba soldier Paul Ravensdale won't spend any time in jail, after he received a six-month suspended sentence for his role in a fatal training accident in 2010. 1:44

A military judge has handed a retired Manitoba soldier, convicted in a deadly training accident in Afghanistan in 2010, a six-month suspended sentence.

On Tuesday, Chief Military Judge Col. Mario Dutil sentenced Ravensdale to six months in prison, but suspended the sentence. The judge also handed Ravensdale a $2,000 fine and a demotion in rank to sergeant.

Ravensdale faced a maximum sentence of life in prison.

The charges stem from a military training accident that killed one solder and left four others injured in Afghanistan in February 2010.

At the time, Ravensdale was leading a test of C-19 anti-personnel mines on a weapons range near Kandahar city when one of the mines misfired, shooting hundreds of steel ball bearings in the wrong direction.

Cpl. Josh Baker, 24, was struck by four projectiles and died of a penetrating wound to the chest. Four other soldiers were wounded.

Ravensdale, who was responsible for safety on the range that day, becomes the first in Canadian history to be convicted under Section 80 of the Criminal Code of breach of duty related to the use of an explosive substance that causes death or injury.

He was originally charged with manslaughter, but he was found not guilty of that charge.

Military prosecutors had asked for four years of jail time, while Ravensdale's defence team argued it was a tragic accident and that he has suffered enough already. They asked his sentence be limited to a demotion in rank.

"The prosecution and defence had [significantly] different views on how to approach the sentence in this case," Ravensdale's lawyer, Maj. Philippe-Luc Boutin, told reporters. "We feel that our approach has prevailed, and we are very satisfied with this."

Prosecutors say they have not decided whether they will appeal.

Ravensdale will be able to serve his suspended sentence in the community as long as he exhibits good behaviour.

Set himself for failure

In his ruling, Dutil said Ravensdale had "set himself up for failure" because he failed to consult safety manuals for the training exercise.

"The mere fact that he thought he knew what he was doing is insufficient … the situation was taken too lightly," Dutil said.

At the same time, the judge added, Ravensdale "should not have been put in this situation in the first place" by his superiors, who shared a "high level of responsibility" in what happened.

Two of his superiors have already been demoted in connection with the incident.

Darryl Watts was demoted to lieutenant from major and given a severe reprimand following his conviction on charges of unlawfully causing bodily harm and negligent performance of duty. Watts is appealing his conviction.

Watts's commanding officer, Christopher Lunney, pleaded guilty in September to negligent performance of duty and was demoted to captain from major and given a severe reprimand.

Dutil said Lunney and Watts were aware that Ravensdale's platoon had no formal or informal pre-deployment training with C-19s, but they did not communicate this to Ravensdale.

Dutil said while he wanted to give Ravensdale a year behind bars, he noted that the sentences Lunney and Watts received were on the "very low end" of the spectrum, so it was only appropriate to adjust Ravensdale's sentence accordingly.

Dutil noted Ravensdale's distinguished record — he served for almost 25 years in the military and had what the judge described as a stellar record — and his diagnosis of post-traumatic stress disorder as factors in the decision not to give him jail time.

Ravensdale, who retired from the Canadian Forces in January 2012, said during his sentencing hearing on March 5 that he has had to seek family counselling, and he suffers from PTSD and depression.

Dutil said Ravensdale, a father of four who coaches hockey in the community, is currently pursuing full-time college studies towards a career in human resources.

Ravensdale and his family did not speak to reporters after the sentence was handed down on Tuesday.

With files from CBC's Chris Glover and The Canadian Press