Bethesda Regional Health Centre is struggling to handle the surge of COVID-19 patients, say nurses who work there.

A Manitoba emergency room nurse says her hospital is drowning and desperate for help, in the face of a flood of COVID-19 patients that is pushing staff and capacity to the brink.

"It has been completely and absolutely overwhelming," said Sarah Neufeld, who works at Bethesda Regional Health Centre in Steinbach, Man.

COVID-19 patients rushed to the hospital by ambulance are sometimes forced to wait for hours in the ambulance bay with EMS care before a bed is available for them, she said.

More stable patients are asked to come in, get triaged and return to their vehicles to wait, sometimes for hours, Neufeld added.

Bethesda Regional Health Centre is a COVID-19 care centre for virtually all of the province's southeast, Neufeld said. She has spent most of her 13 years of nursing experience at Bethesda, including the past 2½ years in the ER.

"It has pushed us past what we thought we were able to handle. And we're starting to question, how is this sustainable? We're short-staffed every day."

Nurses at Bethesda are having to triage some patients in their cars because they don't have space in the emergency department, their union says.

There's a "dramatically increasing number of COVID-positive patients" arriving at the hospital, according to Manitoba Nurses Union president Darlene Jackson.

The hospital is also only staffed at or below baseline levels, despite the surge in patients, and additional nurses and support staff are needed immediately, the union says.

Also, Jackson says nurses have said restocking of supplies and PPE is not happening in a timely manner, and reported basic equipment shortages of items like commodes and infusion pumps.

Paramedics serving the area have also reported increasing difficulty to get patients into Bethesda's ER, said Bob Moroz, president of the Manitoba Association of Health Care Professionals. The long delays are piling stress onto a workforce that is already stretched thin, he said.

"Each time that that happens, that ambulance and that crew is now essentially out of commission [while] they're waiting," Moroz said.

Paramedics are spending their entire shifts — sometimes well over 12 hours, thanks to the high demand — in full personal protective equipment, he said, because community transmission in the area has become so widespread they must assume any patient could have COVID-19.

"Our members are all tired, they're fatigued, they're stressed beyond belief and they need help. They need that support," he said.

"In the vast majority of cases, they're just feeling that it's not being provided."

'It's not unusual': Siragusa

But "it's not unusual for health-care workers to go out to the ambulance bay and do their triage and assess before bringing them in," she said during a COVID-19 news conference Friday.

It's not just that illness, but other medical issues as well that are making the ER busy, she said.

"Yes, they are busy, but that's the flow. The flow should be happening. And I think they're doing the best they can in a busy situation."

Siragusa said some patients will be transferred out of Bethesda, which is part of the planning for a surge.

"If there are patients who are lower acuity, it wouldn't be unexpected that they're transferred to a different hospital. That's part of their strategy," she said.

"Like I said for the past week, the intensity of this is going to increase, and we're all starting to feel it."

Manitoba Health Minister Cameron Friesen called the situation at Bethesda "concerning," and said he was made aware earlier Friday afternoon that some patients were waiting hours to get ER beds.

WATCH | A front-line worker describes the conditions she witnessed at her hospital: 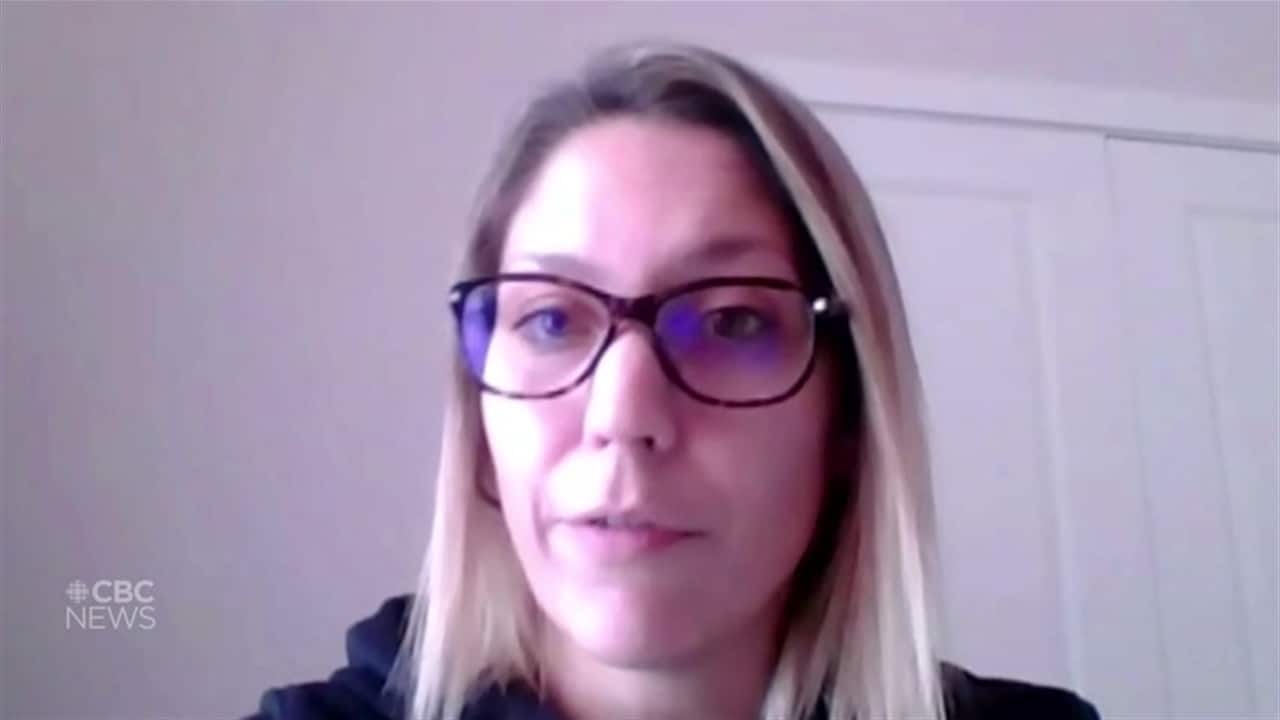 'I've never seen anything like this': Sarah Neufeld describes the scene in her ER during COVID-19

2 months agoVideo
2:54
A Manitoba ER nurse says her hospital is drowning and desperate for help, in the face of a flood of COVID-19 patients that is pushing staff and capacity to the brink. 2:54

'They have no idea how dire it is'

Neufeld said she doesn't want to lay blame on any one person. But her team needs help, and she wants government and the public to know they're desperate.

"I go out into my community and they have no idea how dire it is, how hard it is," she said.

Decision-makers confronting COVID-19 should go to Bethesda to get a clearer picture of what health-care workers are facing, she said.

She urged the public to follow health advice to keep each other safe.

"What people can do is they can support their front-line workers," she said. "They can … love instead of hate. There's a lot of anger going out on social media right now, as you've probably seen yourself. And they can wear their masks and follow provincial guidelines." 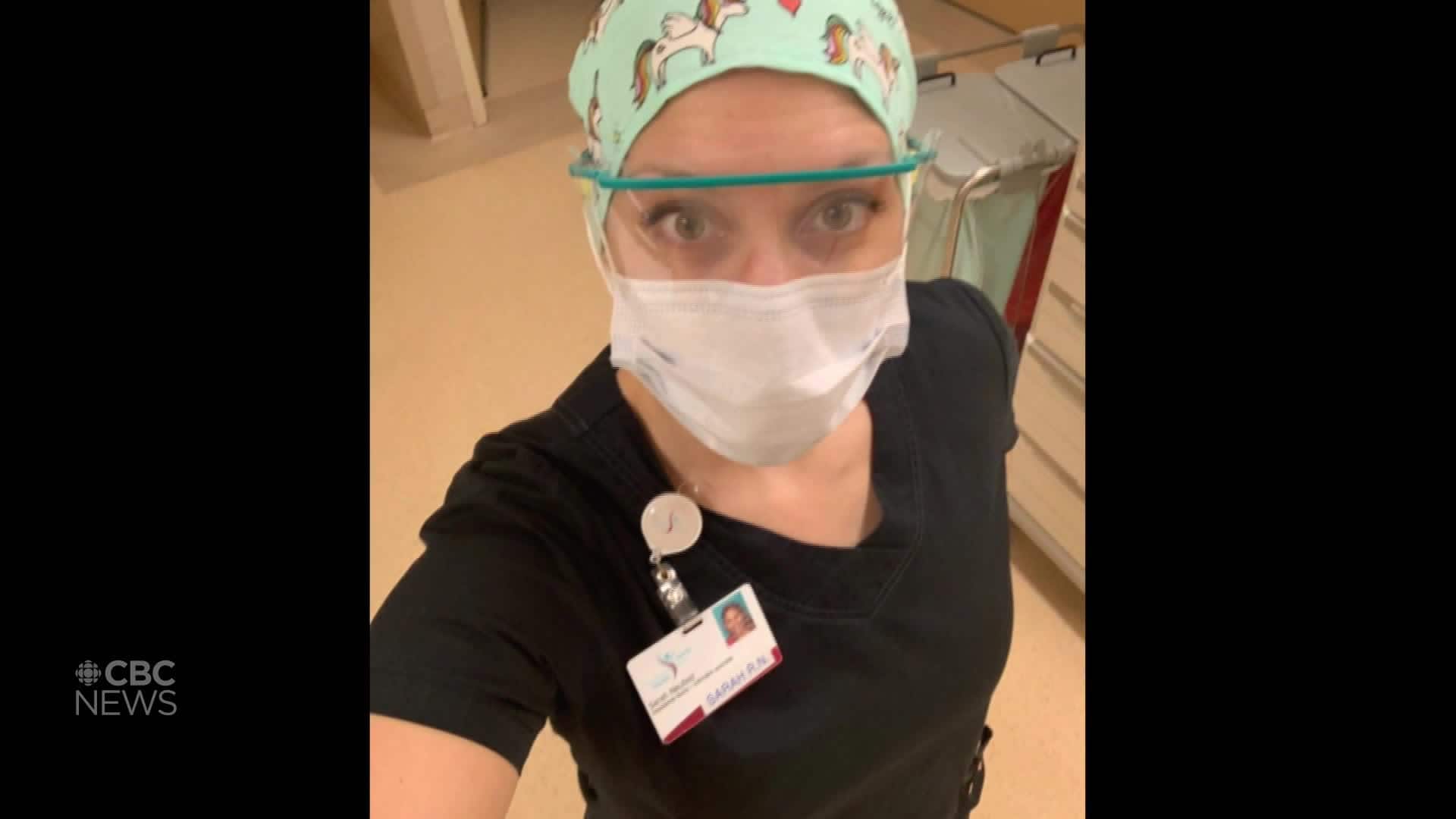 2 months agoVideo
2:28
Nurses at the hospital in Steinbach, Man., are having to triage some patients in their cars because they don't have space in the emergency department, their union says. There's a "dramatically increasing number of COVID-positive patients" arriving at Bethesda Regional Health Centre, according to Manitoba Nurses Union president Darlene Jackson. The hospital is struggling with capacity, the union says, with patients arriving on their own and by ambulance. 2:28