A new software tool designed in Winnipeg aims to change the way banks and appraisers put a price on energy efficient homes.

A two-storey, metal-sided house stands out among the stucco bungalows on Kylemore Avenue.

Its bright metal roof, deep-set windows in 18-inch-thick walls, and absence of a street-facing door give it an ultra-modern appearance.

But esthetics take a back seat to the design's true purpose, which is to drastically cut down on the energy — and money — required to operate and maintain the home.

The total cost of energy that would be needed to heat and power the 1,300-square-foot house is a little more than $800 a year, but even that has been eliminated — at –33 C, the house can still heat itself with 1,800 watts of electricity from a five-kilowatt rooftop solar panel system.

"So it needs [the equivalent of] two hair dryers to heat it in the middle of winter," said Evan Proven, vice-president of Sun Certified Builders.

Despite significant long-term savings for the owners, Proven says it's been difficult to convince homebuyers, appraisers, and financial institutions to recognize the added value in the homes, which typically cost about 10 per cent more to build than standard houses.

Evan built the house alongside his father, Randy Proven — who will live in the house once it's finished — and cousin Donald Proven. The son credits his father with introducing him to the concept.

"As long as I can remember, my dad was kind of on the leading edge of innovating how to build these new energy-efficient houses," he said.

In addition to saving money on energy bills in his retirement, Randy wants to live in a passive home because it's more comfortable — the insulation and ventilation system stabilize the internal temperature and humidity levels, he says.

"You don't have the colds and dry throat deal that we have normally in all these buildings," he said.

The difference can be felt immediately upon entering the home. Despite the hot summer weather outside, inside the temperature feels mild, even though the house has no air conditioning.

Those added benefits are not always obvious to homebuyers, but a new software tool designed in Winnipeg aims to change that.

In 2017, Wayne Cole at Sustainable Renewal Planning was commissioned by Manitoba Hydro to develop a method of calculating the total cost of owning and operating a home over its expected lifespan.

There hasn't been anything else like this anywhere else in the world, that I'm aware of— Wayne Cole, Sustainable Renewal Planning

Cole created a tool that determines at what point the value of a house will be less than what the homeowner has spent on utilities, maintenance, insurance and mortgage interest.

One feature of the house on Kylemore Avenue that makes it so efficient is the single door, placed on the south side of the house away from the street. It's 70 millimetres thick, with latches all around the edges to give it an extra-tight seal.

Safety dictates there must be an alternative exit to a home, but the large windows with their deep sills meet that requirement.

While you might think the savings would be reflected in the appraised value of the home, that isn't the case, he said.

"Appraisers say, on a comparative basis, we have to give these homes the same value, because we have no way of monetizing the difference in the design," he said.

Now appraisers can use Cole's Sustainable Energy Efficiency Facility Asset Reporting (SEEFAR) tool to calculate how much more a low-energy house is worth than an otherwise similar house in the same area.

"So it provides a way to monetize that value, and that's missing in the market," Cole said. "There hasn't been anything else like this anywhere else in the world, that I'm aware of."

Appraisers in Manitoba are starting to take notice. After Cole gave a presentation to the Manitoba chapter of the Appraisal Institute of Canada, Red River Group appraisers used the SEEFAR tool to assess the value of a home Proven's company had built.

Appraiser Preston Hartwig said the tool added about $10,000 to the value of the house. That's less than the cost of the upgrades, but Hartwig expects that as consumers become more aware of the long-term savings, especially as hydroelectricity rates rise, homebuyers will be more willing to pay higher upfront costs for energy-efficient homes.

"I think over time that gap is going to narrow," he said —​ but even on a standard renovation, if you can get 50 cents on the dollar, that's considered pretty good.

The lack of a large number of highly efficient homes on the market also makes it difficult to get an accurate picture of how much more consumers are willing to pay, but new regulations could change that.

The federal government announced it plans to mandate that all new homes be net-zero ready by the year 2030. That means they must be designed so that, if a homeowner chooses to install solar panels, the house will supply all its own energy.

The plan has received some push back from the construction industry.

"Without the benefit of a renewable energy system, which can double the cost, the payback in energy savings [from efficiency upgrades] does not make economic sense today," Canadian Home Builders Association president Bob Finnigan said in an article published in December.

"As things come into play, like say a carbon tax, or changes in the building code to address climate change, they're going to have to have an understanding of the implications energy efficiency or the lack of energy efficiency in the value of a home," he said.

"Eventually, the market is going to shift and people are going to demand highly energy-efficient homes and will kind of turn their noses up at homes that aren't energy efficient."

So far the Provens have built and retrofitted six high-efficiency homes in Manitoba. They hope to do as many as four projects each year. 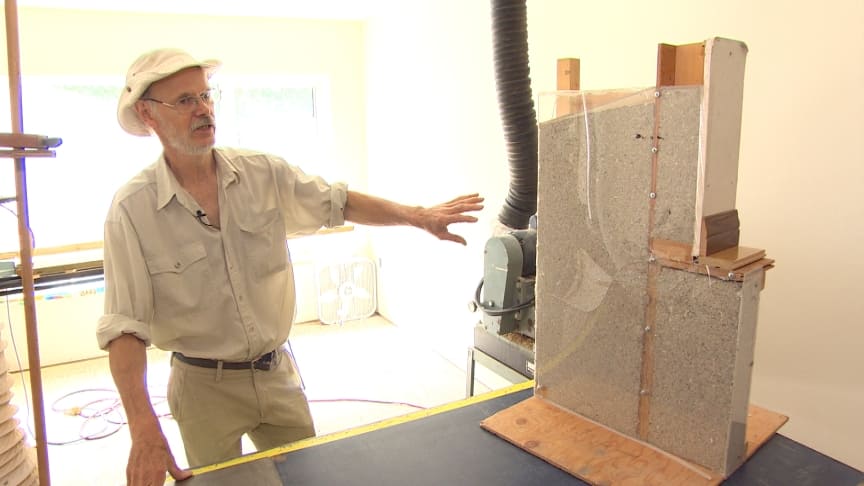 The value of ultra-efficient homes