The emerald ash borer is expected to take a $105-million bite out of the public purse as the invasive species lays waste to Winnipeg trees over the next decade.

The emerald ash borer is expected to take a $105-million bite out of the public purse as the invasive species lays waste to Winnipeg trees over the next decade.

In a new report, Winnipeg's public works department warns city council of ​the financial costs the city expects to incur in  order to deal with an insect that has the potential to kill all of the city's 357,000 ash trees, including 101,000 on city property alone.

Over 10 years, those costs include $22.5 million to remove 72,000 dead trees, $48 million to plant 65,000 new ones, and $19.5 million to protect 29,000 trees that stand a good chance of surviving the emerald ash borer, city forester Martha Barwinsky writes in the report to council's parks, protection and community services committee.​

It will cost $15 million to manage the wood waste from the dead trees, she notes.

The emerald ash borer was discovered in Winnipeg in the fall. It is difficult to detect, but usually kills all trees it infests within 10 years, Barwinsky writes.

"Insecticide treatment is available for ash trees in good condition and is used to strategically preserve a portion of the ash population and to slow ash mortality over time, hence spreading out costs and logistics of removal and replacements over time," she writes in her report.

"Dead ash trees located in areas where public safety is at risk must be removed, as trees fall over within two years of dying."

Right now, the city is not equipped for the coming fight, Barwinsky writes.

"Due to the large, complex, timely and costly nature of the impact [the emerald ash borer] will have on the city's urban forest assets and public safety, the city must have the resources to plan the response to and the management of this pest," she writes.

"There is currently a lack of staff resources to plan and implement a detailed response and management plan, and to effectively plan and co-ordinate information and services with the numerous stakeholders involved in the management of this pest."

The city plans to hire a new forestry supervisor, at a cost of $92,000 a year, to help manage the threat. The public works department is also asking for a $1.3-million budget allocation in 2018 to deal with the emerald ash borer, over and above the existing budget to deal with Dutch elm disease.

In addition to the financial cost of dealing with the ash borer, the insect is expected to diminish the quality of Winnipeg's urban forest, in terms of shade, ecological diversity and esthetics, Barwinsky writes.

The report goes before the protection, community services and parks committee on Feb. 5. 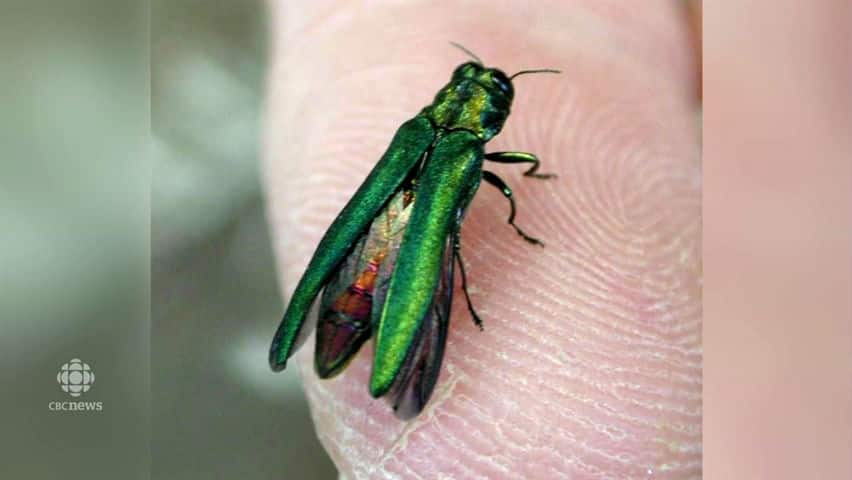 3 years agoVideo
2:07
The emerald ash borer is expected to take a $105-million bite out of the public purse as the invasive species lays waste to Winnipeg trees over the next decade. 2:07
CBC's Journalistic Standards and Practices|About CBC News