Students from Al-Hijra Islamic School spent Tuesday morning with their new friends at the Winnipeg Mennonite Elementary School — the second outing of a cultural exchange between the two schools that started after the Quebec City Mosque attack.

They've been talking about it for years, said Lawrence Hamm, the Winnipeg Mennonite Elementary and Middle Schools superintendent.

After the shooting at the Mosque in Quebec earlier this year, he and Al-Hijra Islamic School principal Abed Moussa decided it was time for action.

"It's the right thing to do. It's something we want to teach our children and we want to put both of our belief systems into practice," said Hamm.

Hamm said stereotypes are often built on misinformation and that connecting kids of any faith and background helps prevent stereotypes from breeding. 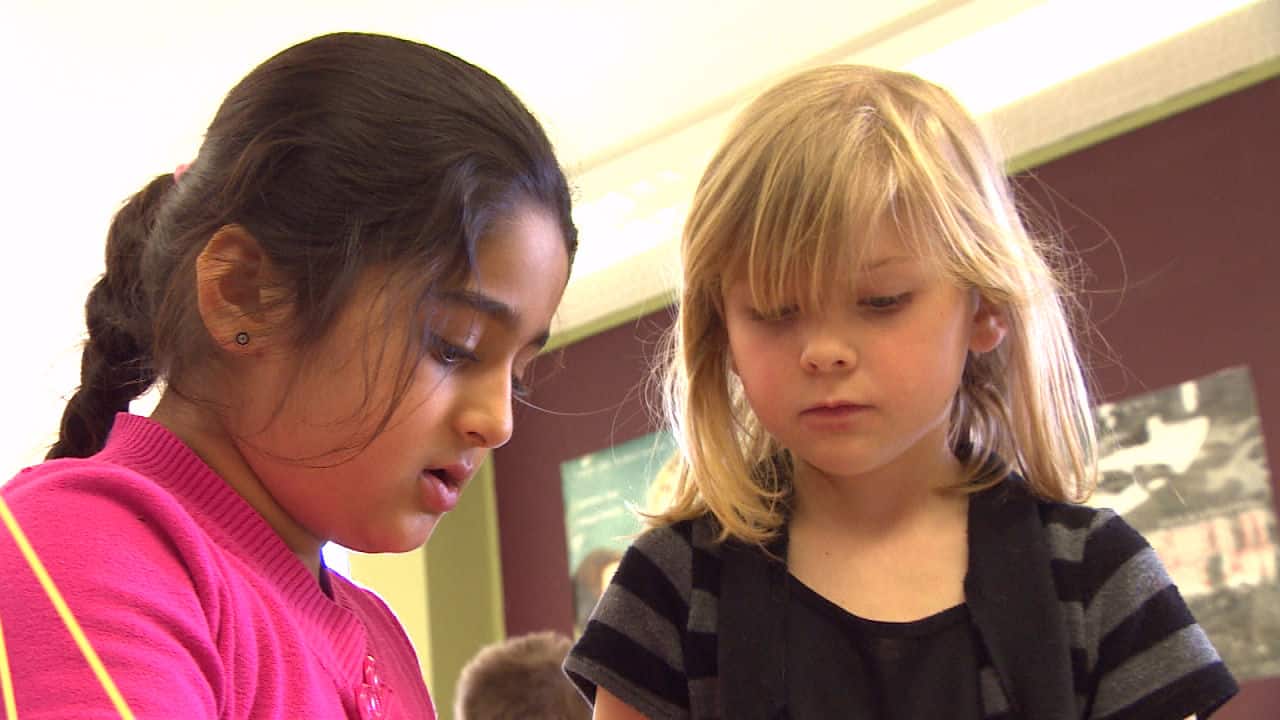 Moussa said he hopes the kids will be able to see how similar they are.

"They share the values that make Canada an open society, a fair society and a passionate society and a caring society," said Moussa.

Hamm hopes the kids will understand the value of what they've learned when they grow up.

The Grade 2 students, who are mainly seven years old, might not fully comprehend the weight of the concept — but they are quite happy to be playing games and making new friends.

Happy to have new friends

Today's visit was a follow up to a trip the Mennonite students took to Al-Hijra Islamic School earlier this semester. The two classes spent the morning playing in the school gym before sharing a light snack and using spaghetti and marshmallows to build towers.

"First when you meet a friend, they say hi to you and then you just talk to them. When you visit them somewhere, you become friends," said Mohmma-ad.

The two teamed up again Tuesday to come up with ideas to build taller spaghetti towers.

Jamal Tasse, seven, noticed similarities in the two classes right away. He noticed that everyone goes to school to learn and that everyone is in Grade 2.

Tasse said being nice to people makes it easier to make friends and that it's good to have more friends. "Because then you can have more fun," he said.

The two schools plan to have more joint outings in the future so they can increase the amount of students that get to participate.