Winnipeg police hope new information released Wednesday will help solve the mystery of what happened to a Winnipeg man who disappeared seemingly without a trace in June.

And with the change of the seasons, homicide investigators are asking hunters in and around the Arborg, Man., area to watch for any sign of Eduardo Balaquit.

While police have previously said they believe Balaquit was the victim of a crime, when pressed by reporters Wednesday, police spokesperson Const. Rob Carver said it's likely the missing man was killed.

"I can tell you it's always a difficult transition for investigators from what initially starts as a missing person case to what moves to very, very likely a homicide," he said.

"[The Winnipeg police] homicide [unit] is involved in this investigation and is now the lead. We certainly suspect that that's the case."

"I hope to bring him home alive," Edward said.

"A lot of people are pointing towards the negative because of how long it's been, but I think anyone who has a loved one who's not around wants to think positively and know that they're OK," he said.

On Wednesday, Carver said the community, about 115 kilometres north of Winnipeg, is still a primary point of focus for investigators.

Police are asking anyone in the area to watch out for anything that looks to be out of place. 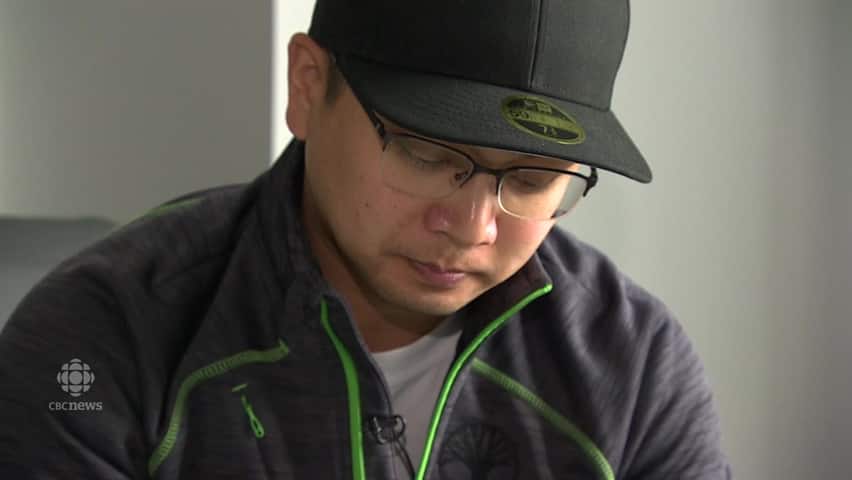 "I hope to bring him home alive." Edward Balaquit's son not giving up hope

"We know from experience that often in the fall, things that had been missed before in searches end up coming to light," said Carter.

"We had an extensive ground search in the Arborg area, but we may have missed something."

Police specifically reminded the public about the clothing Balaquit was wearing the last time he was seen — black pants, black shoes and a black zip-up sweater.

"Items that may seem insignificant to the casual observer may have significant relevance to the investigation," Carter said.

"If someone comes upon something that looks odd or out of place, we'd like a call."

Police have previously said they aren't aware of any ties Balaquit might have in the Arborg area, and haven't said why the community remains the focus of their search efforts.

Edward Balaquit said the last five months have been difficult for the family.

"It's still hard. Having no answers doesn't give you any closure," he said.

Edward said it was especially hard when he got married over the summer and his father wasn't there.

"It was a roller-coaster of emotions," he said. "Everything hit hard.… It got easier throughout the day because we knew that my dad would have wanted us to be happy and enjoy the day."

Edward said the family stopped searching when they ran out of places to look, and decided to take a break and rest.

'We had a lot of long days without any nights of sleep, sometimes over two days, three days of no sleep at all," he said.

He would initiate another search if police had a specific area for the family to go, he said, but for now he's leaving the investigation in their hands.

Seeing police reach out to the public today lets him know the case is still a priority, he said.

"It shows me that it's still present," said Edward. "It's not on the back burner.… It's still important to them to solve the case."

He hopes people will remain vigilant when out walking or hunting in the woods — and that anyone with information will come forward.

"If you know anything, do it anonymously if you don't want to bring yourself out there," he said.

"Any information helps. Could be very small, very big in your mind — at the end of the day that piece of information could be the changing point to everything."

'It makes no sense'

Family called police when Eduardo Balaquit failed to come home from his shift the night of June 4, and the manager of the building where he was headed called his family the following day to say Balaquit's work hadn't been done.

The manager found Balaquit's van with the passenger window smashed, some of his belongings on the ground in front of it and his cellphone still inside.

In late June, police released photos of two men they hoped to speak to about Balaquit's disappearance. At the time they didn't say when or where the photos of the two individuals were taken, other than that they were taken in Winnipeg.

Carter couldn't say whether or not investigators were able to identify the two men in the photos when asked Wednesday.

"I can tell you that investigators feel that the case has been moving forward, but nothing we can comment on," he said.

Balaquit is described as 5'4" and 155 pounds, with a medium build. He has black hair and brown eyes. 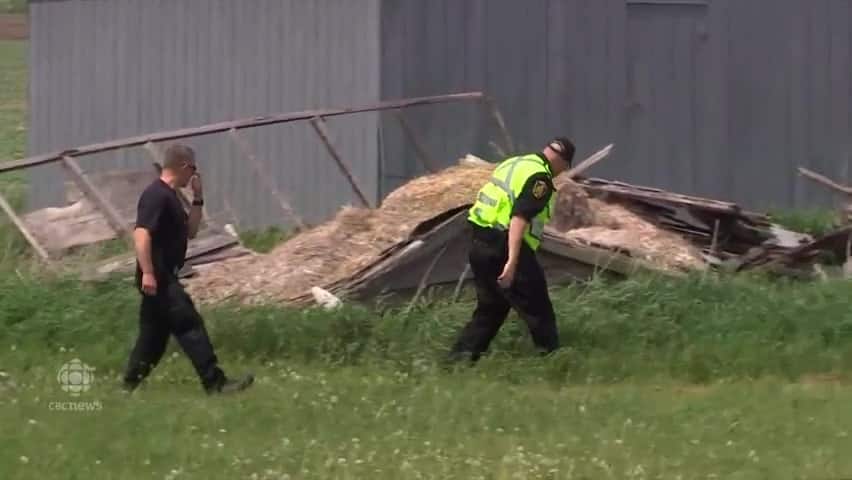 Police and RCMP search for missing man in Arborg, Man