Winnipeg's assistant fire chief is advising people against plugging in vehicles inside garages. 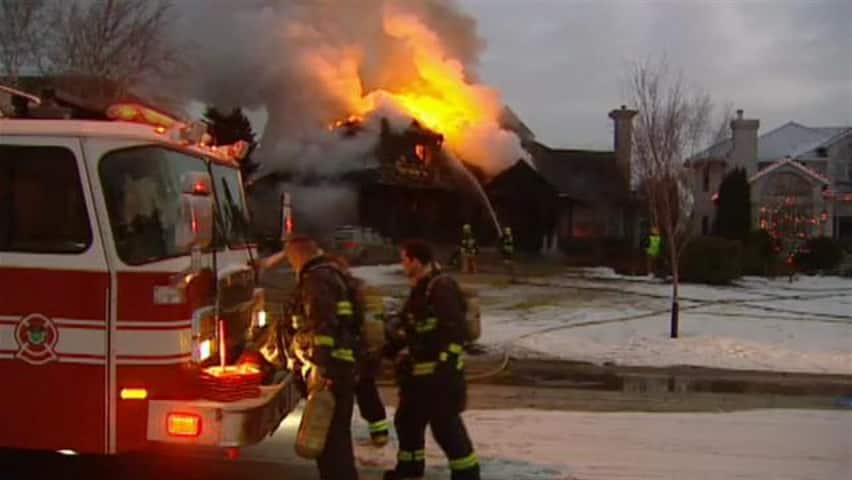 9 years ago
1:51
Winnipeg fire officials are warning people not to plug in their cars in their garages, in light of some recent blazes. 1:51

Winnipeg's assistant fire chief is advising people against plugging in vehicles inside garages or running heaters.

Bill Clark says anything from a frayed cord to something falling on the element of an in-car heater could spark a fire.

"I'm certainly not a fan of [plugging in while in a garage]. I mean, my car in the garage, I never plug it in," he said.

Garages are usually enough shelter to make sure a vehicle will start even in the coldest temperatures, Clark added.

"Generally, the garages are quite a bit warmer. They're out of the wind and there's no problem with starting [the vehicle]," he said.

Crews often attend a number of vehicle fires sparked by cars plugged in in outdoor parking lots, but those are far less damaging because they don't spread to buildings.

Crews on Tuesday were called to garage fire in River Heights, while a blaze that destroyed a home in St. Norbert on Monday also started in the garage — as did the fire that consumed a home in Linden Woods just before Christmas.

The cause of the River Heights fire has not yet been released. It was quickly extinguished with minimal damage.

But the one on Minerva Avenue in St. Norbert started in the attached garage and quickly spread to the attic space of the residence.

It destroyed the home and caused an estimated $400,000 in damages.

Firefighters began attacking the blaze at about 6:15 a.m. CT but soon realized it was a losing battle.

The flames were so intense, crews decided to let the home burn. They went into defensive mode and called all crews to get out of the structure.

The Dec. 16 fire in Linden Woods, which caused an estimated $3 million in damage, was sparked by a heater in the attached garage.

Like in the case of the St. Norbert fire, the blaze spread rapidly through the rest of the house.