Winnipeg police say they are going to use proactive and creative methods to crack down on distracted drivers this summer.

1 in 3 deaths and 1 in 5 serious injuries on roads involve a distracted driver, police say

In 2009, his father was killed in Arizona by a driver who was texting. Duttchen said a 16-year-old girl was on her phone when her vehicle crossed the median and hit his father, who was out walking his dog.

Sgt. Duttchen recently hit the streets to assist with enforcement and education. In some cases, he gave offenders a choice to get a ticket or listen to his personal story.

There is no call or text that can't wait, Duttchen said.

"How would you like to be distracted driving to be the cause on a certificate of death?" he said. "It's just not worth it."

Duttchen's approach is just one of several proactive and creative methods Winnipeg police are using to crack down on distracted drivers this summer.

The service is launching a month-long campaign this Canada Day long weekend to target drivers using cellphones behind the wheel.

"People are certainly being more covert about the methods that they are using to operate a cellphone while they are operating a motor vehicle," Staff Sgt. Sean Pollock said Thursday. "That's where it has become more important for us to use the creative strategies to basically put police officers, to be quite blunt, where you wouldn't expect us to be."

In the month of April alone, police ticketed 480 people for distracted driving, Pollock said. The number of deaths and serious injuries involving distracted drivers is now on par with those caused by impaired drivers, he added.

In Manitoba, one in three deaths and one in five serious injuries on roads involve a distracted driver, police said. 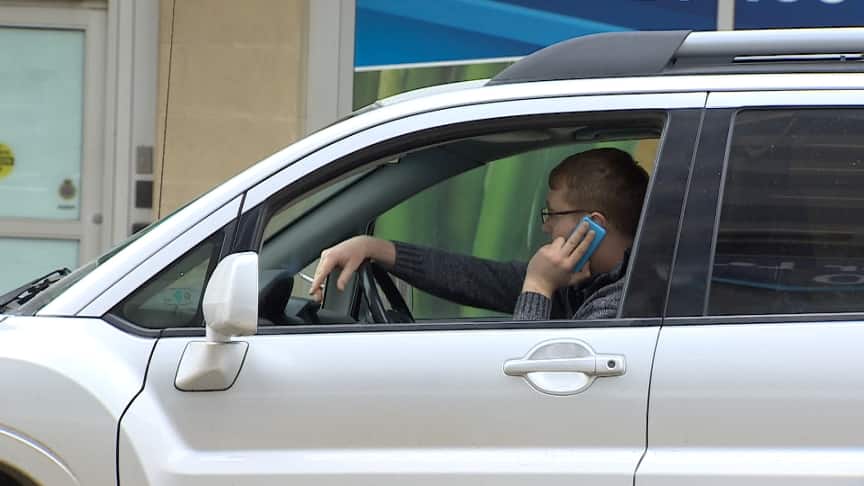 2 years agoVideo
1:51
For Sgt. Rob Duttchen ending distracted driving is personal. In 2009, his father was killed in Arizona by a driver who was texting. 1:51
CBC's Journalistic Standards and Practices|About CBC News