The Manitoba government has introduced legislation that will see an automatic three-day licence suspension for distracted drivers.

The Manitoba government has introduced legislation that will see an automatic three-day licence suspension for distracted drivers.

The new legislation, introduced Friday by infrastructure minister Ron Schuler, will also establish a seven-day suspension if drivers are caught for a second time.

"We have a problem. And we want to be very clear that as a government, we take distracted driving as serious as drinking and driving," said Schuler.

"It's not just young people," he added. "It's everybody, our generation included." 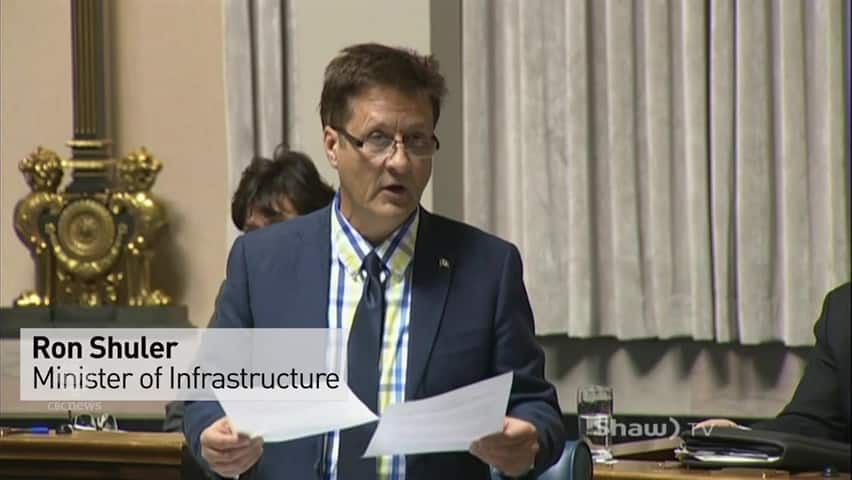 3 years ago
1:02
The Manitoba government has introduced legislation that will see an automatic three-day licence suspension for distracted drivers. 1:02

Schuler hinted penalties may also be increased under the proposed law, but he was prevented from releasing that information publicly because the Opposition New Democrats delayed proceedings in the legislature before the bill could be formally introduced.

While the bill was approved by the minister Friday, it cannot be distributed until Monday to give the Opposition time to read it, said Schuler.

While the new rules are meant to target those illegally using their cellphones while driving, "grooming your dog, putting makeup on, reading a book, cramming for your exam on the way to university, that's all included" in the legislation, said Schuler.

"This will be very unique to Manitoba … and it's going to work very well.

"We are going to treat it as serious as drinking and driving."

In Manitoba, drivers caught driving with a blood alcohol level over 0.08 face an immediate three-day licence suspension, possible criminal charges and a minimum $1,000 fine if convicted. Those penalties increase substantially with subsequent offences.

Schuler could not speak to other details, like a possible increase in fines or demerits, or how the suspension would affect out-of-province drivers who are caught.

Currently, a distracted driving ticket in Manitoba brings a $200 fine and a loss of five merits.

The toughest penalties in Canada are currently in Prince Edward Island, which has a maximum fine of $1,200 and a loss of five merits, according to the Canadian Automobile Association.

Those penalties will be implemented some time this year.

Penalties in other provinces:

With files from Laura Glowacki and the Canadian Press