Do you reach for your cellphone while driving? If you do, be prepared to face a stiffer penalty in Manitoba starting today.

Drivers caught using cellphones while driving will be hit with 5 demerits now, not 2 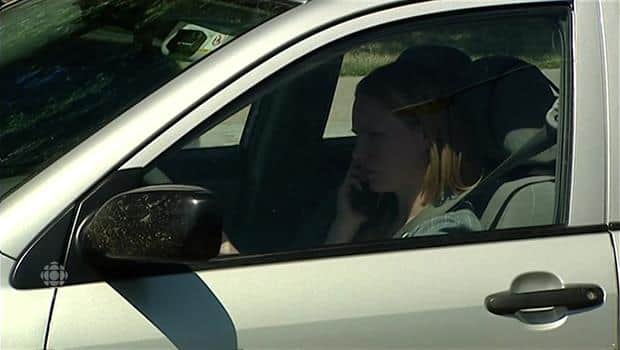 5 years agoVideo
1:49
Do you reach for your cellphone while driving? If you do, be prepared to face a stiffer penalty in Manitoba starting July 1. 1:49

Do you reach for your cellphone while driving? If you do, be prepared to face a stiffer penalty in Manitoba starting today.

Drivers caught using "handheld electronic communication devices" while behind the wheel will be slapped with five demerit points — up from two demerits before Wednesday — and a $200 fine.

"There is no denying that talking on a handheld cellphone and texting are both major distractions while driving," Attorney General Gord Mackintosh, who is also the minister responsible for Manitoba Public Insurance, said in a news release Tuesday.

"Even the quickest phone call or shortest text message when behind the wheel can result in tragedy."

The province says on average, about 28 people are killed due to distracted driving each year in Manitoba, while almost 2,500 distracted drivers are involved in collisions every year.

About 5,200 people were convicted of distracted driving in the province last year, about 4,500 of those in Winnipeg alone.

"It shouldn't so much be people are going to get demerits or they're going to have to pay a large sum of money, potentially. What should be triggering in their minds [is] the safety of the people in their vehicle and their own safety and certainly the safety of other people out on the roadway," said said Const. Jason Michalyshen.