'Locked out of life': Disability advocate goes behind bars to raise awareness of funding gaps

Those visiting Old Market square Thursday afternoon might have been greeted by disturbing site — a young man in a wheelchair, locked inside a cage. Tyson Sylvester who is blind and lives with cerebral palsy wanted to bring attention to what he calls a lack of services for young people like him living with disabilities.

Those visiting Old Market Square Thursday afternoon might have been greeted by disturbing sight — a young man in a wheelchair, locked inside a cage.

Tyson Sylvester, who is blind and lives with cerebral palsy, put himself behind bars because, he says, he is locked out of life.

He wanted to bring attention to what he calls a lack of services for young people like him living with disabilities.

"I wanted the public to see what's really going on in the system, because right now, in the system, there is flaws," he told CBC News later in the day Thursday.

"I feel locked out of life because, frankly, you cannot access any services and you are denied community living disability services."

Sylvester and Amy Hampton, another young person living with a disability, filed a Manitoba Human Rights complaint in July 2016. They say they are being discriminated against on the basis of disability and age when receiving services.

In Manitoba, young people with physical disabilities have access to a number of supports that aim to foster their social inclusion while they're in school — things like special equipment, one-on-one support, occupational therapy and transportation — but the supports dry up when they graduate from high school.

Now 22 years old, Sylvester is locked out of the services he previously received. He lives on income assistance and has moved into a personal care home to just so he can have access to social interaction.

And although he qualifies for 55 hours a week in home care services, he says he can only access those services if he stays at home.

"So, you basically get up, get some basic hygiene and a warmed-up meal, stay home all day, and do it again the next day," he explained in a press release inviting media to his protest Thursday.

"Home care just allows me to be in the home, period."

Things were much different before he graduated from Transcona Collegiate in 2015, says Sylvester.

"I was a huge part of my community, I enjoyed being outside and not just stuck inside."

The Cerebral Palsy Association of Manitoba is supporting Sylvester and Hampton's human rights complaint and are in the process of creating a website and a public awareness campaign to bring attention to the issue.

A film crew was also on hand to document his experience in the cage Thursday.

Sylvester is hopeful the attention and the complaint will help lead to change.

Getting his funding back, he says, would open many doors for him.

"I'd be able to live a normal life that a regular person would," he said. 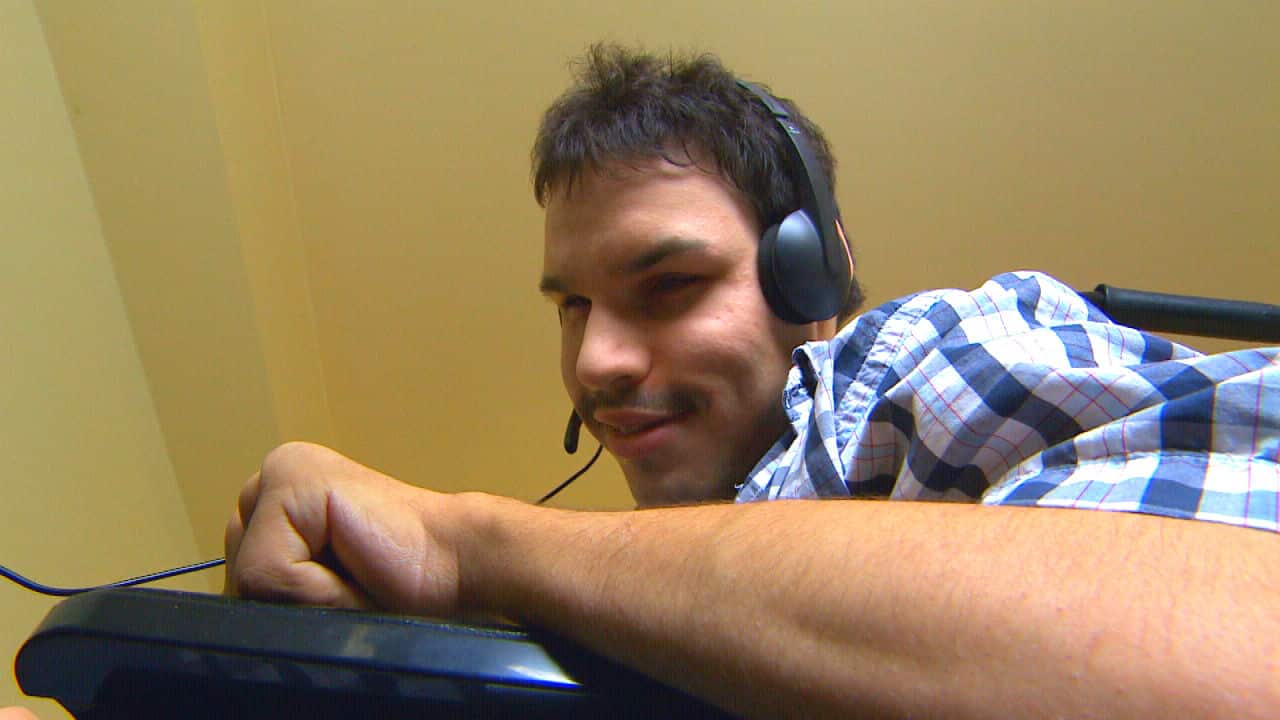 4 years agoVideo
1:47
A Winnipeg man living with cerebral palsy says he is both too old and too smart to access support services he once had as a minor - that's why he's filed a human rights complaint against both Manitoba Health and the Winnipeg Regional Health Authority. 1:47