Democracy Watch wants an investigation into whether former justice minister Peter MacKay broke federal conflict-of-interest rules by appointing friends and colleagues as judges — including Vic Toews, now a judge in Manitoba — but the group wants someone other than the ethics commissioner to conduct it.

Democracy Watch is calling for an investigation into whether former justice minister Peter MacKay broke federal conflict-of-interest rules by appointing friends and colleagues as judges — including Vic Toews, now a judge in Manitoba — but the group wants someone other than ethics commissioner Mary Dawson to conduct the investigation.

The national advocacy organization says it filed a complaint with Dawson's office on Monday regarding MacKay's appointments, which were made while he was justice minister and attorney general in Stephen Harper's Conservative government from 2013 to 2015.

One of the appointees named was Toews, a former cabinet colleague who retired from politics in July 2013. He was named a justice of the Manitoba Court of Queen's Bench in March 2014.

Toews is now facing a review of his conduct by the Canadian Judicial Council, the body that oversees federally appointed judges in the country, after Dawson ruled on Friday that he violated conflict-of-interest rules by doing consulting work for two Manitoba First Nations within months of leaving office.

Dawson said that contravened rules that prevent former ministers from consulting or lobbying on issues which they dealt with while in office.

The judicial council told The Canadian Press that 80 per cent of its investigations are concluded within three to six months, although some — including those that involve full public hearings — can take much longer.

The review is initially done by a single member of the council's judicial conduct committee, who can either dismiss the complaint, recommend remedial measures such as counselling or training, or forward it to a review panel.

The panel, in turn, can dismiss the complaint, recommend remedial measures or order a full inquiry which is open to the public. 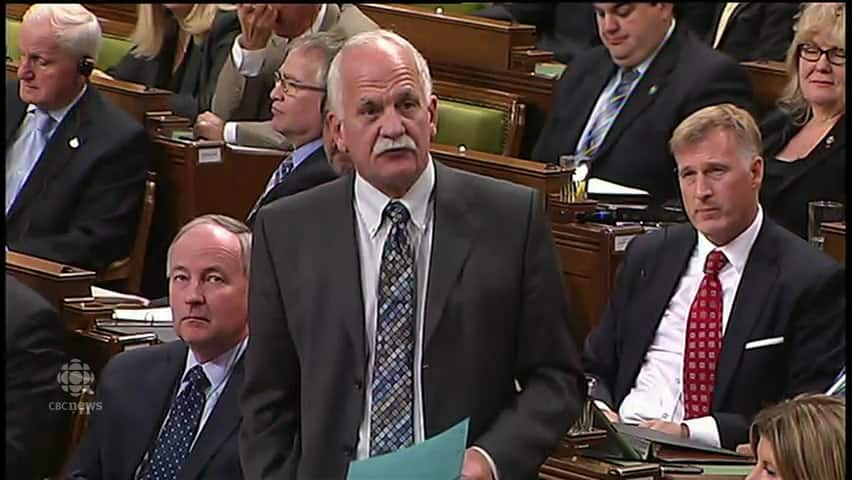 While there are no penalties or sanctions for violating ethics or conflict of interest rules, Dawson's report has critics — including Democracy Watch — and ethics experts demanding Toews's removal from the bench.

Democracy Watch co-founder Duff Conacher argued that MacKay should have recused himself from being part of appointment-related decisions related to his friends, including "political friends" such as Toews.

"Defining 'friends' to include political friends does not mean that ministers would be prevented from appointing any member of the ruling party to any government position," Conacher wrote in his letter to Dawson.

"It does, however, mean that ministers would be prevented from appointing former cabinet colleagues and other significant party members and supporters."

In 2015, a spokesperson for MacKay's office told CBC News that the minister of justice only appoints those who are recommended following assessments by committees.

Meanwhile, Conacher is calling on Dawson to recuse herself from ruling on Democracy Watch's complaint, arguing that she's in a conflict of interest because the Liberal government did not consult opposition leaders before renewing her contract in December.

"It would be outrageous if someone filed a lawsuit against a former Conservative cabinet minister and then Prime Minister [Justin] Trudeau chose the judge to rule on the lawsuit and handed the judge a six-month contract worth $100,000," Conacher said in a news release.

"It is equally outrageous for an ethics complaint against a former Conservative cabinet minister to be ruled on by an ethics commissioner chosen by and serving at the pleasure of Liberal Prime Minister Trudeau."

Conacher also questioned Dawson's record on enforcing the federal Conflict of Interest Act, saying she's issued only 25 public rulings between 2007 and 2015 — another 149 rulings were secret — and created loopholes in the legislation.

Instead, the organization wants a "substitute decision-maker" to rule on its complaint, as well as an independent commission to conduct a "public, non-partisan merit-based search" for the next ethics commissioner and commissioner of lobbying.

Reached for comment by CBC News, a spokesperson for Dawson's office would only confirm that it's received a letter from Democracy Watch.