A decade after the death of a man who worked at the Vale smelter in Thompson, Man., new information suggests his death was caused by poisonous gases in the workplace rather than a heart attack.

A decade after the death of a man who worked at the Vale smelter in Thompson, Man., new information suggests his death was caused by poisonous gases in the workplace rather than a heart attack.

David Fifi died in 2008 and an autopsy report at the time concluded his death was a result of a heart attack.

A new review of the case by a former chief medical examiner for Manitoba, Dr. Peter Markesteyn, says Fifi likely died as a result of exposure to toxic gases at the work site.

"Finally somebody [has] seen the light," said Fifi, who's been fighting for a decade to get answers about her husband's death and has called for a public inquiry.

Dr. Markesteyn reviewed the case at the request of Manitoba Liberal MLA Jon Gerrard (River Heights), who has been backing Fifi's efforts.

"I am of the opinion that, based on a reasonable degree of medical probability," Markesteyn wrote in a Sept. 4 letter, that David Fifi died as the result of "pulmonary edema due to exposure to toxic gases."

Markesteyn noted Fifi had suffered a recent heart attack before his death, which was "a significant factor, but not causally related to the death."

"This is a game-changing letter because initially the conclusion was that David Fifi died of a heart attack and that it wasn't related to occupational exposure," Gerrard told CBC News.

David Fifi, a 52-year-old boilermaker, died Nov. 6, 2008 after a shift working for Comstock Canada Ltd. to upgrade exhaust stacks at the smelter in Thompson.

'I want to know why this happened'

Documents his widow obtained show that he and other workers had been exposed to toxic gases at the worksite.

"I want a public inquiry and I want to know why this happened," said Lila Fifi. "I want to know what they were exposed to, and how could anybody sleep at night knowing this was going on?"

Markesteyn declined CBC's request for an interview. In addition to being a retired chief medical examiner for Manitoba, Markesteyn is also a former medical director for Workplace Safety and Health and a former chief of the division of environmental and occupational pathology at the University of Alberta.

Fifi said the Workers Compensation Board contacted her in August and told her the file is being reviewed in light of Markesteyn's findings.

Cory McPhee, vice-president of corporate affairs for Vale, said he hasn't seen Dr. Markesteyn's findings and declined to comment. When asked about the case in 2017, McPhee told CBC the incident had been fully investigated at the time and there was nothing found to connect it to a workplace exposure.

The WCB's vice president for human resources and strategy, Shannon Earle, said WCB could not comment due to privacy law.

After the autopsy concluded nearly a decade ago the death was due to a heart attack, a report by Manitoba Workplace Safety and Health said its investigation was discontinued because "the death was not work related."

Pathologist didn't have all info: Markesteyn

Markesteyn notes in a July 20, 2018 letter to Gerrard that the pathologist who did the autopsy 10 years earlier did not receive the information that workers at the site had probably had exposure to toxic gases.

"I must stress that the pathologist's opinion was reached without the benefits of any clinical history and toxicology," Markesteyn wrote.

"The absence of that information, in my opinion, resulted in a diagnosis that was based on a much diminished, if not absent, reasonable degree of medical probability," he wrote.

The director of the Office of the Chief Medical Examiner, Mark O'Rourke, declined to comment on Markesteyn's review.

Fifi is encouraged that the WCB has told her it will review her husband's case, but says she believes only a public inquiry can answer the many unanswered questions her research has raised.

"We are in the process now of making the case, based on the letter of Dr. Markesteyn, that it's more important than ever that an inquiry occur," he said.

The current Progressive Conservative government has so far declined to call an inquiry. 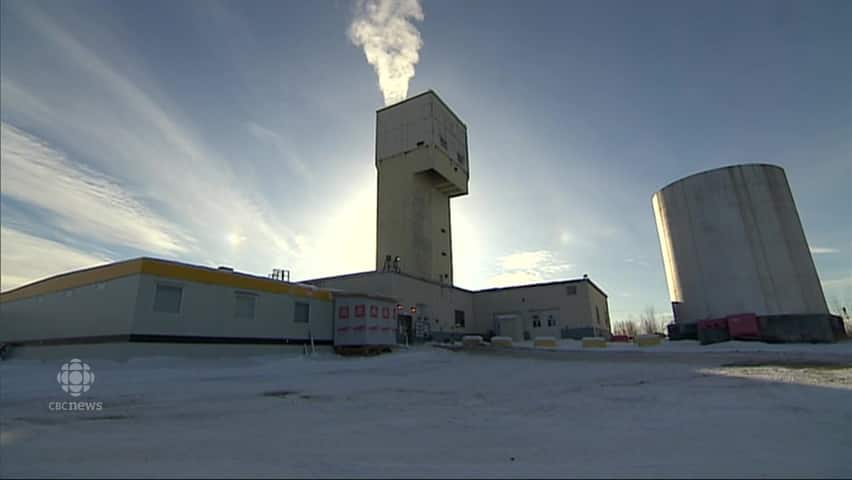 2 years agoVideo
2:12
A decade after the death of a man who worked at the Vale smelter in Thompson, Man., new information suggests his death was caused by poisonous gases in the workplace rather than a heart attack. 2:12
CBC's Journalistic Standards and Practices|About CBC News
now