Police call off search for missing Manitoba snowmobiler, believe he fell through ice

The search for a missing snowmobiler who was lost in Whiteshell Provincial Park ended on Tuesday evening.

Police have called off the search for a snowmobiler in Whiteshell Provincial Park, who they now believe fell through the ice.

A search and rescue team combed through hundreds of kilometres in southeastern Manitoba provincial park looking for Dan LeMay, 50, who had been missing without food or water since Sunday night.

The search was called off late Tuesday afternoon, when RCMP found snowmobile tracks leading to a hole in the ice on Eleanor Lake.

"We strongly believe at this point that the snow machine entered the water and didn't resurface," RCMP Sgt. Paul Manaigre said on Tuesday evening.

"The area we've covered is extensive," Manaigre said. "We couldn't locate anything possibly related to where LeMay could be, so we have to assume at this point that at this point he's entered the water."

RCMP won't be able to dive to search for his remains until spring because the currents are too dangerous for dive teams.

RCMP believe LeMay, who is from Grunthal, Man., left the Pinewood Lodge around 4 p.m. on Sunday to retrieve a broken snowmobile that was left in the town of Rennie, just west of the provincial park. They previously said they believed he ran out of gas somewhere on the nearly 40-kilometre stretch.

LeMay's family are asking for privacy at this time, but his brother Wayne posted a statement on social media.

"While nothing is yet confirmed, the outcome seems inevitable," the statement said.

"We thank everyone for their heartfelt support, love and generosity. We don't really know what are next steps are, but thank you for walking through this with us." 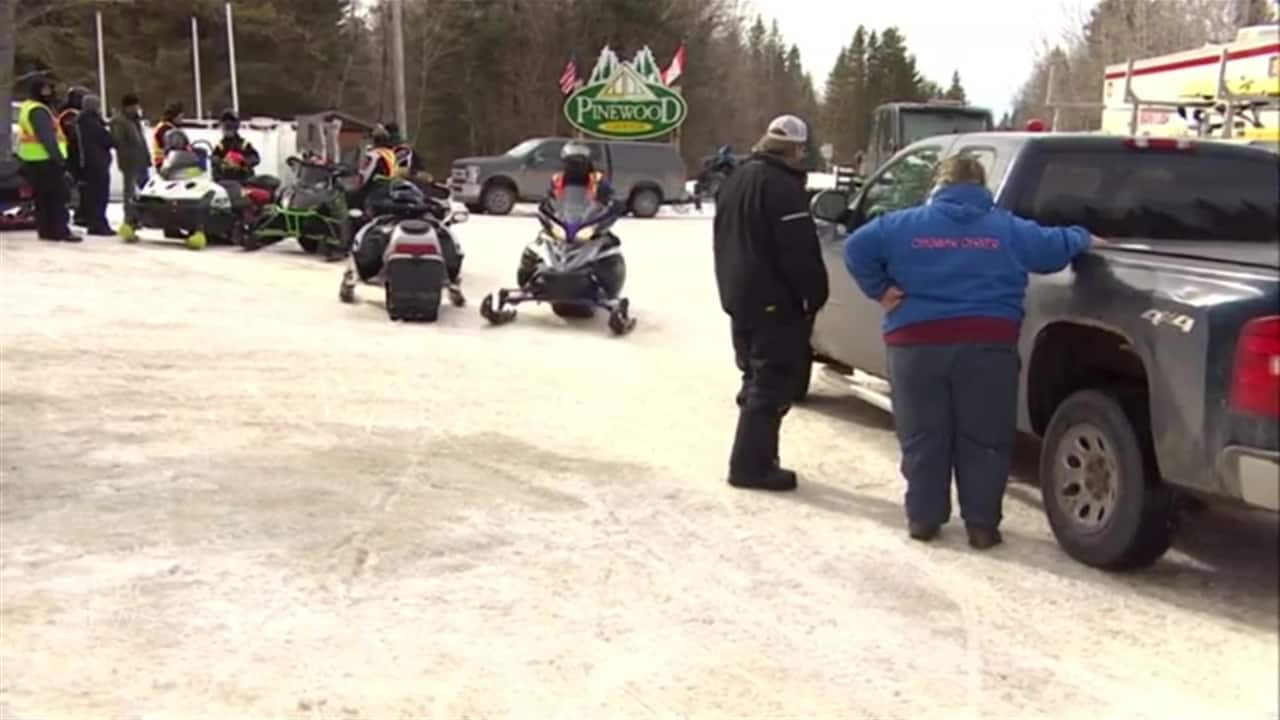 6 days ago
1:25
A search and rescue team combed through hundreds of kilometres in southeastern Manitoba provincial park looking for Dan LeMay, 50, who had been missing without food or water since Sunday night. 1:25

Earlier in the day, RCMP, along with dozens of volunteers, covered hundreds of square kilometres on land and in the air searching for any trace of the lost snowmobiler.

"It seems like all the areas that we can think of have been covered and for some reason there's still no sign of anything," volunteer Adam Hermann, who said he camps or rents a cottage in the area for much of the year, said earlier Tuesday.

He was one of the volunteers who were sent out by police with GPS units to carefully search trails for any sign of LeMay.

A helicopter equipped with thermal imaging surveyed parts of the 2,700-square-kilometre provincial park, about 120 kilometres east of Winnipeg along the Ontario border, for several hours on Tuesday morning before the search was called off.