A Canadian child protection group is warning parents about Snap Map, a new feature in the popular app Snapchat that could allow predators to track teens.

New feature for popular app could give predators a way to track your teens, child protection group says

A Canadian child protection group is warning parents about a new feature in a popular app that could allow predators to track teens.

Cybertip.ca, a program run by the Canadian Centre for Child Protection, sent out a Cybertip alert on Tuesday about a new Snapchat feature called Snap Map.

"The new feature is essentially a tool for individuals using Snapchat to share where they are and what they're doing at any given time with their 'Snaps,'" said Stephen Sauer, senior analyst with Cybertip.ca.

"The idea is to ... allow multiple users at the same event or location to share their [Snapchat] story at that event."

The feature works when users opt in to Snap Map after the app's latest update. When a user opens the app, it pinpoints the user's location and puts it on a map. It does the same when a user shares a Snapchat story with friends.

Others can access the map by zooming in on the camera with two fingers. The map then pops up and shows the locations of friends, as well as stories by location.

This should concern parents, Sauer said.

"The location services pinpoints exactly where the youth or teen is located when it's turned on," he said. "So the idea is that a person would be able to track your daily movements, where you're going, they might even be able to track your route to school ... or even the school you're located at, or where you live."

The centre is not the only agency to express concern about the safety of Snapchat's Snap Map. Childnet International, a child safety organization, released a statement about the app on June 22.

"It is important to be careful about who you share your location with, as it can allow people to build up a picture of where you live, go to school and spend your time," the statement says. "Given how specific this new feature is on Snapchat -- giving your location to a precise pinpoint on a map -- we would encourage users not to share their location, especially with people they don't know in person."

"Ghost mode is basically a tool that allows [users] to turn the location services off for Snapchat so your location doesn't appear on the Snap Maps," he said. "It basically removes your emoticon from that particular map so your friends can't view that and can't tell exactly where you are."

Ghost mode can be found in the top right corner of the Snap Map.

Cybertip.ca has yet to receive any complaints through its tip line about Snap Map, but it has received complaints about Snapchat in general, Sauer said.

Those complaints include users who friend teens on the app and pressure them to post nude images, which are then recorded and used to extort more nude images or money. Other times, they are shared with others and the teen loses control of the image.

It's difficult to monitor what youth are doing on social media, but there are strategies to keep up with the trends, Sauer said.

"We encourage parents to keep an open and honest conversation about technology with their youth," he said. "Know what those features are on those particular apps that their children are using, and just maintain that open communication with them."

Cybertip.ca recommends the following actions if parents are concerned: 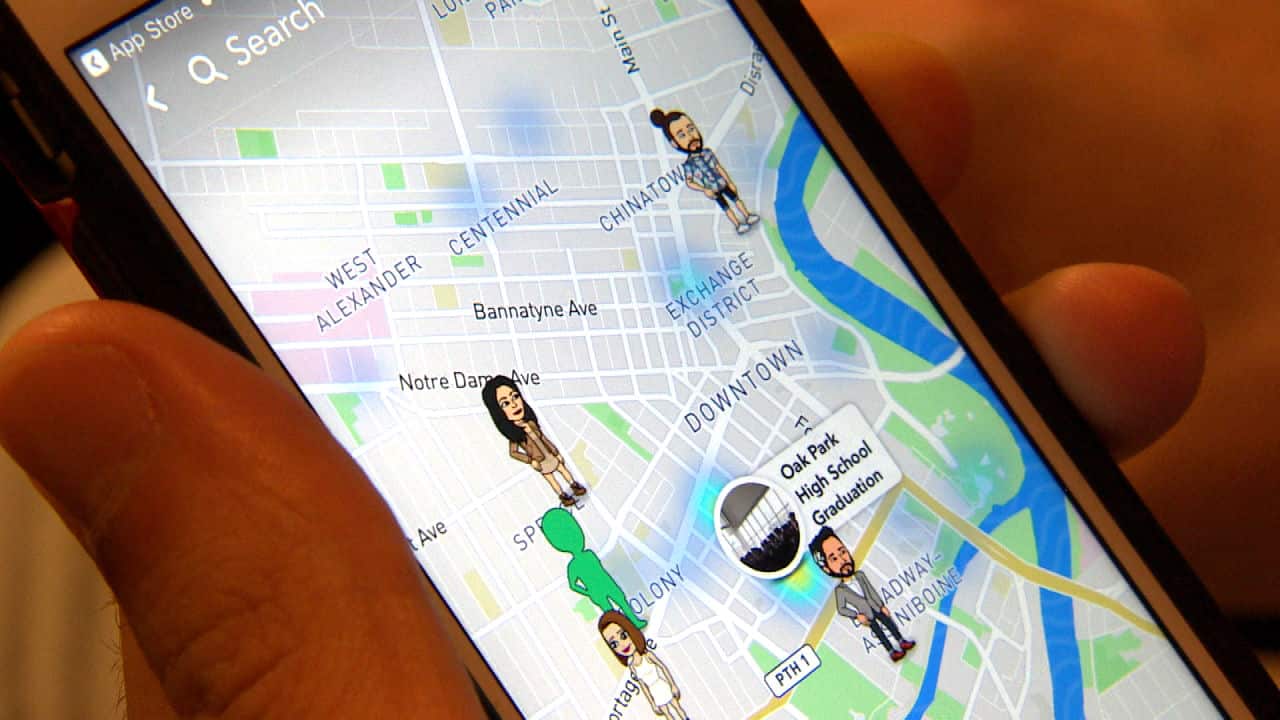 4 years agoVideo
3:20
A Canadian child protection group is warning parents about a new feature in a popular app that could allow predators to track teens. 3:20
CBC's Journalistic Standards and Practices|About CBC News