Custom-trained service dog 'has given me freedom,' says polio survivor

A Winnipeg woman's post-polio syndrome robbed her of her strength, her independence and her mobility, but a service dog named Kerry — one of the first in Canada to help polio survivors — is giving some of it back to her.

A Winnipeg woman's post-polio syndrome robbed her of her strength, her independence and her mobility, but a service dog named Kerry — one of the first in Canada to help polio survivors — is giving some of it back to her.

"She's given me freedom. She expands my life by getting me out," said Marilyn McWilliams, 76. "She walks right beside me and I know she can help me if I'm in trouble."

Service dogs are increasingly relied on to provide support for people living with a myriad of ailments. Right now, there are hundreds across Canada helping people live with autism, post-traumatic stress disorder, visual impairments and mobility challenges.

Kerry is one of just a handful of dogs trained as a companion for those living with post-polio syndrome, and the third dog trained for McWilliams.

"She gives me a reason to live," McWilliams said quietly.

McWilliams was just six when she and her younger brother contracted polio in 1947 at her family home in Winnipeg.

In the first half of the 20th century, Canada — like the rest of the world — faced epidemic after epidemic. Manitoba itself had six polio epidemics, among the worst in the country.

Today, the virus has been all but eradicated — just 18 cases have been reported so far this year, according to the Rotary Club International, which tracks and finances vaccination programs.

"We're almost there, but we can't stop immunizing until all the cases are gone," said Dr. Greg Hammond, a Winnipeg infectious disease specialist and Rotary Club member. "Vaccines work if they're used, but if they're not used, they won't work. [Polio] could spread again and it could spread to become where it was in the past."

That past, McWilliams says, wasn't pretty.

"It was just chaotic in the Children's Hospital, just chaotic," during the 1947 outbreak, she recalled. "The triage area was packed to the rafters and kids screaming and parents crying — all of us suspected of having polio."

Eight months later, McWilliams was released from hospital, but the damage was done. She couldn't walk and her arms were weak. Desperate for answers to help his daughter, her father carried her to a ballet studio and explained to the instructor that she'd once loved to dance but now could not even walk.

That instructor was the as-yet-unknown Arnold Spohr, who went on to become the artistic director of the Royal Winnipeg Ballet.

"He was this wonderful-looking man and he took me out of my dad's arms and he said, 'Marilyn, not only will you walk again, you will dance,'" McWilliams said.

'She's going to stand by me'

But decades later — like roughly 60 per cent of all polio survivors — McWilliams developed the debilitating effects of post-polio syndrome. First came the fatigue, then came the weakness and finally the immobility. She lost the use of her right arm. She could no longer stand without help. She could no longer work as a clinical dietician.

"When I lost the use of my right hand, I had to do my chart notes with my left hand," McWilliams said. "That didn't go over too well."

It was then that she realized her world was about to shrink. She'd had one too many falls, she'd overexerted herself once too many times. She was fearful, she said, of becoming a shut-in. 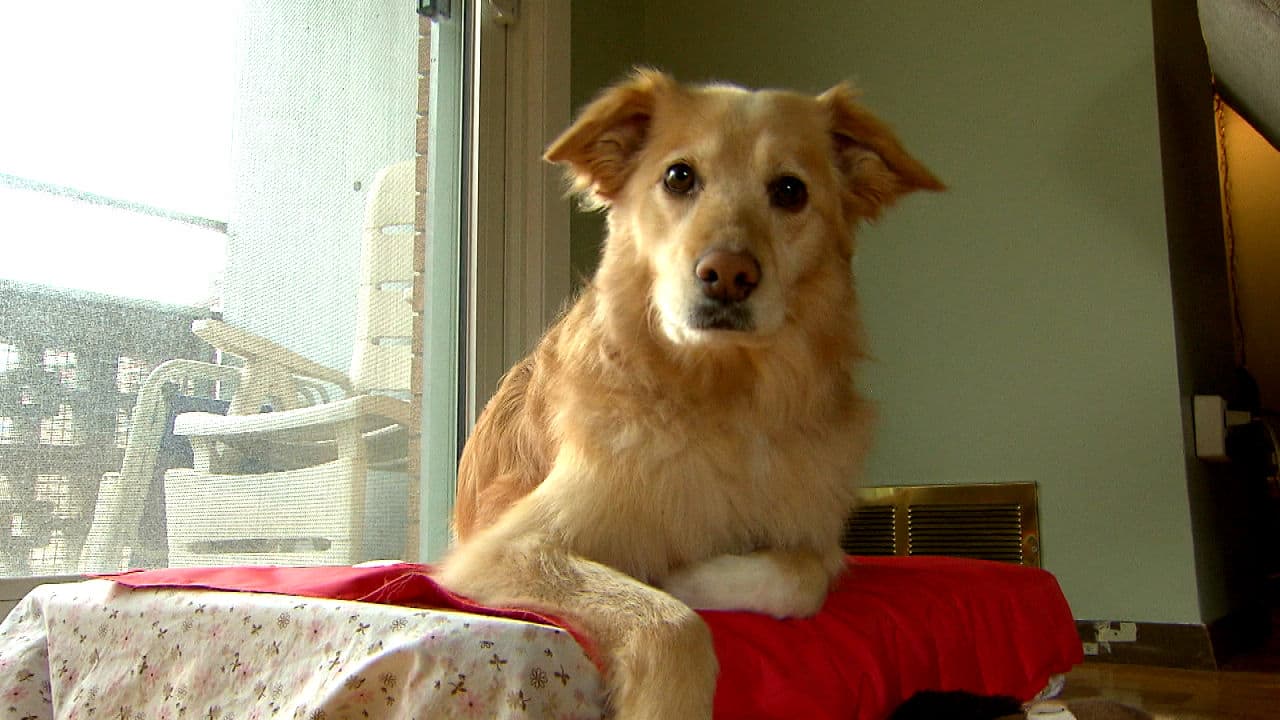 3 years agoVideo
1:49
A Winnipeg woman's post-polio syndrome robbed her of her strength, her independence and her mobility, but a service dog named Kerry — one of the first in Canada to help polio survivors — is giving some of it back to her. 1:49

She taught Kerry to help her stand, help her sit, pick up dropped items and even fetch clothes from the drawer (she trained Kerry by wrapping a towel soaked in chicken broth around the drawer handles).

"Everybody at Safeway knows her. I walk in and it's 'Hi Kerry!,'" McWilliams said, adding the dog retrieves items from the lower store shelves for her.

In McWilliams's mind, Kerry has liberated her.

"I go out, I meet people, they meet my dog," McWilliams said. "She loves me and she's going to stand by me."