Spike in meth use a safety concern for paramedics, ER doctors in Winnipeg

Those on the front lines of dealing with the growing meth use in the city say it's not just the users who are at risk.

The recent deaths of two crystal meth users who died after leaving hospital has put a spotlight on the dangerous effects of the illicit drug, but front-line workers dealing with growing meth use in the city say it's not just the users who are at risk.

Ryan Woiden, the president Manitoba Government and General Employees' Union Local 911, which represents paramedics, says his members have seen a marked spike in the number of calls for meth overdoses.

"It's cheap to get, it's available, and it seems to be more prevalent today and over the last few weeks and months," said Woiden, who adds the volatility caused by meth has left many first responders concerned for their safety.

"The back of an ambulance is a very small area and so when these patients have hallucinations or paranoia or suicidal ideation, at times they can think that someone's out to get them, or someone wants to kill them. And it's really just making sure that we have paramedics to respond to these calls and that we have the right type of resources to back us up." 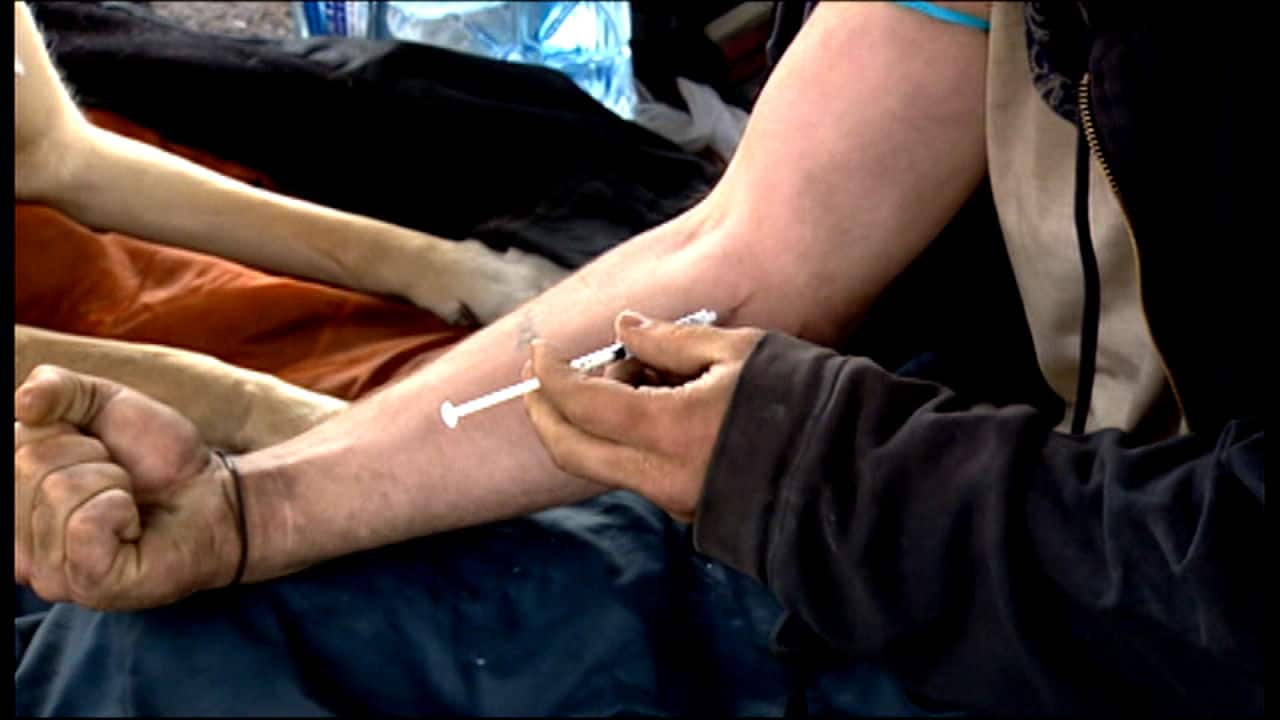 3 years ago
4:30
Crystal meth is a drug that's crossing all demographics, and a problem growing out of control. Front line workers and even addicts themselves are feeling the pressure as methamphetamine use in the city reaches new highs. 4:30

Those resources include the Winnipeg Police Service and the fire department, said Woiden.

He said meth-related calls are coming in on a daily basis, and the uptick is adding to the stress already caused by the ongoing opioid crisis facing frontline workers.

A jump in drug-related calls

While the Winnipeg Fire Paramedic Service tracks the number of overdose poisoning calls it responds to, it doesn't break those numbers down to specific drugs like meth.

The WFPS says it responded to 1,269 calls related to overdose or poisoning — which includes drug poisoning — in 2013. Last year that number jumped to 1,932 — the equivalent of two extra calls per day, every day.

One of the biggest challenges facing paramedics, says Woiden, is deciding what the best treatment options are for meth patients because each user is affected differently based on how long they've been taking the drug. Some patients have been awake for days, while others may have combined the drug with alcohol or cocaine.

Right now, users are taken to hospital emergency rooms, where blood work can be done and the patients can be observed, said Woiden.

But once meth users are admitted to hospital the same unpredictability that is concerning for paramedics creates a danger for doctors and emergency room staff, says Dr. Andrew Affleck, past president of the Canadian Association of Emergency Physicians.

Affleck says in cities like Winnipeg, staff on every ER shift encounter patients with some type of drug overdose or complication.

"They may present as confused, or as many present with unusual behaviour and you can't predict what's going to happen to them," said Affleck, who is also an emergency room doctor in Thunder Bay, Ont.

"Some of them also become more aggressive, more violent, depending on what they've had, and with that it also becomes a danger to the staff, to the nurses, physicians and for security personnel and everybody. So it's very difficult to deal with."

Hospital staff also can't physically keep anyone who isn't a threat to themselves or others against their will, something Affleck says means meth patients "not too infrequently" refuse treatment and leave.

That's led to tragic consequences in Winnipeg over the last month.

This week, Justin Andrew Davey, 30, died in a fall from the 15th floor of an apartment complex near the Grace Hospital, shortly after leaving the hospital while high on meth.

Late last year, Windy Sinclair, 29, was found frozen and dead outside an West Broadway apartment block just days after she left Seven Oaks Hospital, where she had gone to seek treatment for meth addiction.

A WRHA spokesperson said the health authority is working on bringing addictions consultation support in to provide support for emergency room staff.

But the death of Sinclair has experts like Arthur Caplan, head of medical ethics at the New York University School of Medicine in New York City, pointing to the need for a safe location for drug users to go that's not an emergency room.

After reviewing Sinclair's file, Caplan said this kind of tragedy should make people think about how these facilities can be set up in a way that staff know where patients in the throes of addiction are at all times.

For the time being, though, Woiden says there's nowhere else for paramedics to take those overdosing on meth.

"If there was other options maybe we'd be able to use that," he said.