A retired Manitoba bureaucrat says he told then-finance minister Greg Selinger about problems at the Crocus Investment Fund about four years before the government did anything about it. 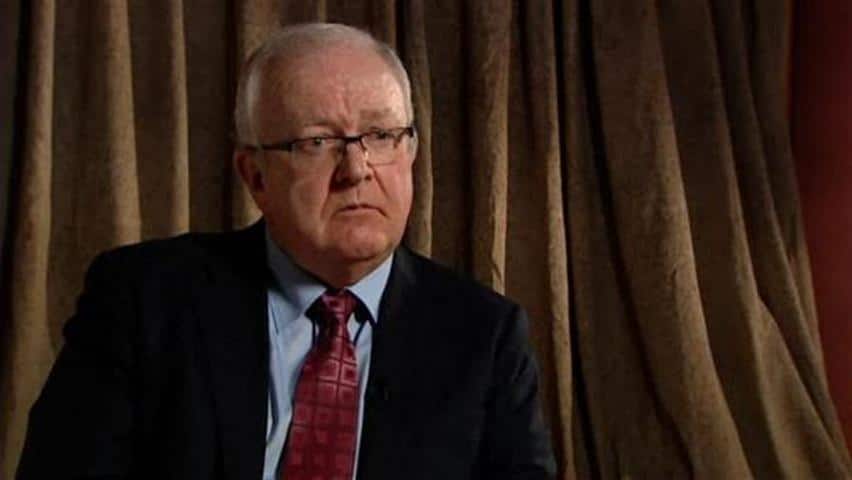 8 years ago
3:09
Jack Dalgliesh, a Manitoba bureaucrat who predicted the trouble Crocus Investment Fund would fail, speaks publicly for the first time on the eighth anniversary of the fund's crash. 3:09

A retired Manitoba government bureaucrat says he told then-finance minister Greg Selinger about problems at the troubled Crocus Investment Fund about four years before the government did anything about it.

Jack Dalgliesh, who predicted the fund would fail, spoke publicly for the first time — on the eighth anniversary of the fund's crash.

The Crocus Investment Fund was heavily promoted by the NDP government and about 34,000 shareholders invested more than $150 million in the labour-sponsored venture capital fund.

The fund went into receivership in June 2005, soon after which the RCMP began a criminal investigation into its operations.

Dalgliesh said in 2000, he was a provincial accountant and part of a team that reviewed Crocus.

"There was a feeling of disquiet as it became apparent that Crocus had a real problem on their hands," he said in an interview. "They were running out of money and without funding they couldn't survive."

Dalgliesh and the team made warnings to the NDP, but the government continued to promote Crocus until it crashed.

"It was not a secret that the NDP government was a very strong supporter for the venture capital corporations, so it was not a happy position to be in when you were going to be delivering bad news," he said.

"Crocus played a very rough game. They were extremely powerful. They had the ear of the most senior politicians."

Dalgliesh said his team summarized the daunting predictions in a cabinet submission that was signed by Selinger.

Insiders later asked him to reiterate his prediction in a memo, which later became part of a scathing auditor general's report on Crocus.

As well, Dalgliesh added a reporting and compliance section into the new Crocus Act so the government could intervene.

But Dalgliesh said his superiors then pulled him from the Crocus case.

"They were uncomfortable with me being on the file," he said.

When the fund crashed in December 2004, Dalgliesh said he sent out some "I told you so" type of emails. But by then, he was out of his job.

"I obviously was being invited to quit, after 20 years, without severance," he said.

Dalgliesh said he was moved to the province's technologies branch, being paid a $90,000 salary and having to work only 10 days a year. He retired in 2009.

"I was a qualified accountant, so it didn't make any sense for them to warehouse me for four years," he said. "I mean, I was ready and willing to work."

Dalgliesh said he has come forward now because the NDP, now led by Premier Selinger, still hasn't taken enough responsibility for what happened.

In the legislature on Tuesday, Liberal Leader Jon Gerrard asked Selinger what he had to say to Dalgliesh and to those who invested in the Crocus fund.

"Is the premier acknowledging he made a mistake?" Gerrard said.

"Ethics are an essential part of good governance. Jack Dalgliesh did the ethical thing and he warned the NDP about the looming crash of the Crocus fund."

In a statement to CBC News, a cabinet spokesperson said losses related to high-risk venture capital are not something that can be guaranteed by the provincial government.

When the cabinet submission Dalgliesh worked on became public in 2007, there were calls for Selinger's resignation by the opposition parties.

At that time, Selinger said the fact that the government was talking with Crocus about potential liquidity problems in 2000 is not new or significant.

He went on to say there was no suggestion there were problems with the way the fund was being operated.

But Dalgliesh disagrees, saying his team made it clear the fund was operating outside of its prospectus. It was holding on to companies when it should have been buying and selling them.

"If they're arguing that no lights came on for them, that seems very, very astonishing," he said.

Dalgliesh said he believes a bailout was the most responsible option for the province in 2000. He believes it would have cost between $50 million and $100 million.

He added that he's concerned that the Manitoba Securities Commission investigated Crocus board members but failed to investigate the involvement of government officials.

"Really, the Manitoba Securities Commission was part of the problem, that's clear … there's a linkage with the Department of Finance, so Mr. Selinger had influence over them," he said.

With files from the CBC's Gosia Sawicka