In a year when meth use and theft dominate headlines, crime, not the state of Winnipeg's roads or opening Portage and Main, could very well be the most important civic election issue come October.

1 in 3 adults say reducing crime matters to them most: Probe Research

In a year when meth use and theft dominate headlines, crime, not the state of Winnipeg's roads or opening Portage and Main, could very well be the most important civic election issue come October.

A Probe Research survey, commissioned by CBC, found one in three respondents — 32 per cent — ranked reducing crime as the issue that matters to them most.

Twenty-five percent of respondents, or one in four, said repairing existing roads and bridges was the city issue they cared most about.

That's a different picture from 2014, when Probe found the majority of respondents said fixing the Winnipeg's crumbling streets and potholes was the most important issue for them. 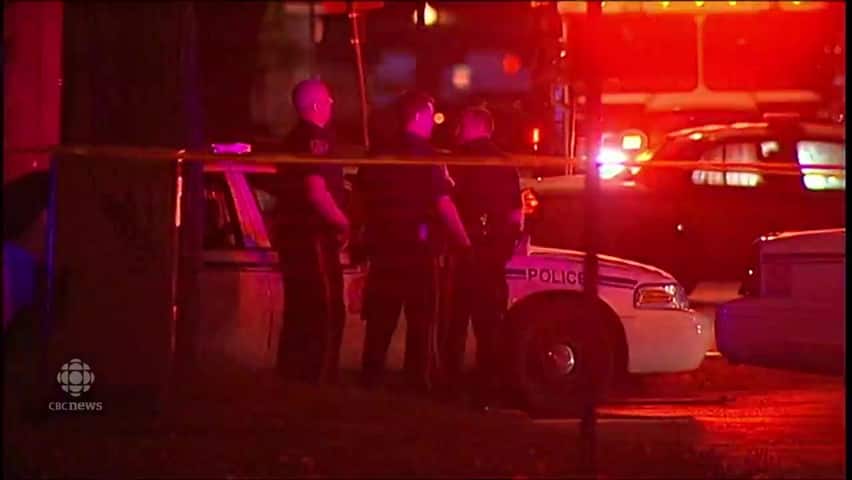 2 years agoVideo
2:52
In a year when meth use and theft dominate headlines, crime, not the state of Winnipeg's roads or opening Portage and Main, could very well be the most important civic election issue come October. 2:52

The results came as no surprise to Wolseley resident Cassidy Herring who said since February, thieves have stolen a bike and an extendable ladder from his yard. It's enough to make him consider installing a home surveillance system, he said.

"It feels violating," said Herring. "We've worked hard to get what we have."

Along with thefts from his yard, Herring has also noticed more drug paraphernalia, including syringes, left in the street.

"It would sure make a dent if more uniformed officers were just in the neighbourhood," he said.

Overall, the August poll found crime is neck-and-neck with infrastructure as the most important issue for Winnipeg voters, said Scott MacKay, president of Probe Research.

Six hundred adult Winnipeggers were surveyed online between Aug. 27 and Aug. 31 for the Probe poll. The researchers weighted results to represent Winnipeg's population for age and gender.

The poll has a margin of error rate of +/- 4 percentage points.

The data shows a shift in Winnipeg, even compared to last year.

In a Probe poll from December 2017, 11 per cent of respondents said crime violence and vandalism were their top concerns. In the August poll, that number jumped to 24 per cent.

Maurice Sabourin, president of the Winnipeg Police Association, has no doubts about why Winnipeggers are more concerned about crime. Inadequate funding for police coupled with the rise of methamphetamine use have led to more thefts, more violent behaviour, he said.

"We believe that the mayor and the council haven't done an appropriate job providing an appropriate police budget I will argue that is one of the main reasons why we're seeing an increase in crime," said Sabourin.

"We think that public safety is a major concern and it should be the top issue in this year's civic election."

In the last Winnipeg police annual report, violent crime rose 10 per cent in 2017 compared to the five-year average, while property crime went up 17 per cent. Drug possession charges are up 890 per cent compared to 2012 — a jump police say is due to meth use.

"An individual who is high on meth takes longer to medically clear when compared to other illicit street drugs," they said.

"Right now because there is no overtime spending, it's very restricted. Those cruiser cars are being sent home even when there's high volume of call in the cue," Sabourin said. "There is no time for proactive policing."

Waddell and Perrier dispute the idea there is no longer time for proactive policing. General patrol members tend to be busier in the summer months, they said, whereas in the fall and winter months, they tend to have more time for "self-directed proactive activities."

"Let's not forget that we have dedicated foot patrol and community support units that have high volumes of work that can be classified as proactive and direct engagement," they said.

Not all Winnipeggers CBC spoke with say more officers is the right response. Winnipeg teacher Leslie Mondor said she would rather see more funds diverted to mass transit than the police budget.

"I'm not as sure it's as big a problem as it seems," she said.  "A lot of crime would be resolved if we had more treatment centres for people with addictions."

Bronwyn Dobchuk-Land, a criminal justice assistant professor at the University of Winnipeg, agreed.

"The money could be much better spent on supportive interventions," she said. "What we need are responses that help people stabilize their lives."

It's also important to recognize the difference between property crime, which rarely poses a threat to human safety, and violent crime, which statistically occurs most between people who know each other and in private homes, she said.

"I think we need to damp down on the panic around property crime," said Dobchuk-Land.

"The natural response is to say we need more policing. Policing doesn't prevent theft. The police can't be everywhere all the time. And if they were, we would live in a police state."

Dobchuk-Land said taxpayer funds would be better spent on adding more detox beds so people addicted to meth have somewhere to go to recover. She also called for better housing and suggested expanding 24-hour safe centres like the model at Magnus Eliason Recreation Centre.

"There need to be supportive responses to these behaviours and increasing policing and treating this like a crime problem instead of a drug problem, or a health problem or a lack of housing problem is really problematic and it's not helping."