Two crashes have been reported on Lagimodiere Boulevard and Sage Creek Boulevard within the past 24 hours, prompting residents to raise concerns about road safety in a growing suburb.

Boy, 10, critically injured in one crash between semi and Jeep 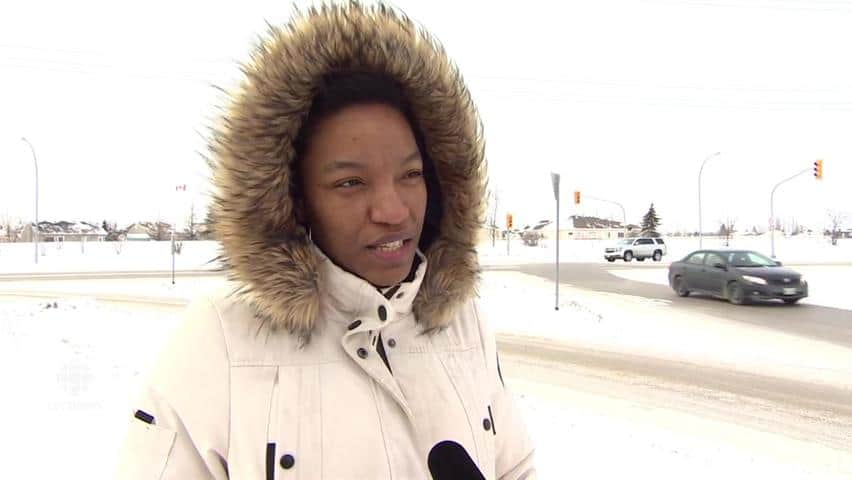 6 years ago
1:53
Two crashes have been reported on Lagimodiere Boulevard and Sage Creek Boulevard within the past 24 hours, prompting residents to raise concerns about road safety in a growing suburb. 1:53

Two crashes have been reported on Lagimodiere Boulevard and Sage Creek Boulevard within the past 24 hours, prompting residents to raise concerns about road safety in a growing suburb.

The second crash, which happened at around 4 p.m. on Friday, resulted in one person being rushed to hospital with injuries that police say were not life-threatening.

Police said alcohol is believed to be a factor in the afternoon crash, which involved two cars.

In that collision, a semi-trailer collided with a Jeep Wrangler carrying the boy and his father near the intersection.

Police said the Jeep was travelling southbound attempting to turn east onto Sage Creek Boulevard when it was struck on the passenger side by the semi.

Emergency crews were called to the intersection at about 7:35 p.m. after an off an off-duty police officer and a few witnesses tended to the injured father and son.

Police said that while the 45-year-old father sustained non-life-threatening injuries, his son remains in critical condition after suffering multiple serious injuries. The 57-year-old semi driver was not hurt.

Lagimodiere was closed until 4 a.m. Friday for the investigation. Police are still trying to determine what caused the crash.

Only one entrance, exit in Sage Creek

Residents of the Sage Creek suburb say the Thursday night crash should be a wake-up call.

Natalie Bell, a mother of three, says she has seen the aftermath of several other motor vehicle collisions as the neighbourhood continues to grow in recent years.

"I would say it's a very dangerous intersection only because … it's the only entrance and exit out of Sage Creek, so you've got a lot of volume from a lot of population here. It's grown immensely over the past few years," she said.

Bell and other residents say the development needs an additional entrance and exit to alleviate the high volume of traffic moving in and out of the suburb.

Officials with the area's developer, Qualico, told CBC News a second entrance is in the works and should be in the ground by next summer.

But St. Boniface Coun. Matt Allard, whose ward includes Sage Creek, says he wants to find out if that additional entrance can become a reality sooner.

"There's the issue of what happens if, God forbid, something like this happens again, the intersection does get blocked. We need emergency access, emergency vehicle access, in and out of that community," he said.