A Manitoba researcher is using part of his $500,000 federal grant to not only study how COVID-19 is affecting Indigenous communities but also to help them survive it. One of his first projects is a public health video delivered in Cree by a raven puppet.

A Manitoba researcher is using part of his $500,000 federal grant to not only study how COVID-19 is affecting Indigenous communities but also to help them survive it.

One of the first projects Steph McLachlan commissioned is a public health video delivered in Cree by a raven puppet.

"We've kind of hit a sweet spot, which is finding something that's useful from a health perspective but has value in itself in terms of something that's funny and relevant from a cultural perspective," said McLachlan, a professor in the University of Manitoba's Department of Environment and Geography.

"I think this is going to make a huge difference for Canadians — but not just Canadians, for the global understanding of this severe public health issue," federal Health Minister Patty Hajdu said at the time.

McLachlan worked with elders and health care workers but also a puppeteer and a videographer to come up with the concept of a raven giving advice to people from remote First Nations.

While Ottawa does send out health information — sometimes even translating it into Indigenous languages — it rarely reflects native knowledge, traditions or humour, McLachlan said.

"I thought that it would be kind of cool and creative to use puppets and to flip the narrative so that the health information is there but contextualized by Cree culture," he said.

'There isn't even words'

McLachlan's team used credible sources of health information, including Health Canada and the U.S. Centers for Disease Control, but the first attempt was too science-based, so they condensed the message to several talking points.

"That gave him [puppeteer Samson Hunter] the space to infuse these ideas with his character of his puppet but also his Cree culture and language," McLachlan said.

The first video was shot in Thompson and Nisichawayasihk Cree Nation, in northern Manitoba.

In it, the raven puppet, Kahkakiw in Cree, flies around telling people to clean their hands with soap and hand sanitizer and to stay away from other people.

"You can catch it if the virus is on the object you touch then you touch your mouth or eye," the raven says of the novel coronavirus that causes COVID-19.

"Elders or people who are already sick are more at risk. It could be deadly."

In a culture where people grow up "sharing and learning and mentoring and caretaking with one another," McLachlan said, they aren't used to practising something like physical distancing.

"There isn't even words in these different languages for how to do this, but they're kind of forced apart because of health and safety reasons around the virus. And so we thought that we should focus on that," McLachlan said.

It's Phyllis Hart's job to translate the English script into Cree.

The elder and educator said she's happy to be involved in the project, laughing as she explains how hard it can be to find the right words.

"It's essential to get this information across in every possible way, and the language, the humour that the peoples share with one another, so they have an understanding," Hart said, adding non-Indigenous people may not "get" the humour.

She explained the raven is known traditionally as an environmental protector and cleaner.

The number of positive cases of COVID-19 in Indigenous communities across the country is growing, concerning both Indigenous leaders and public health officials.

Hart's personal message is the same as the video's: "Stand far apart so it's not transmitted like that in circles. Keep apart," she said in Cree and English.

"Listen to what the people are saying to keep each other alive and keep the community safe."

Kevin Hart, a regional chief with the Assembly of First Nations, said projects like this are important. He said he's spoken to several people who were unaware of the seriousness of the COVID-19 pandemic and were not practising physical distancing.

"It is very hard to reach those under the age of 30. They're still congregating in large groups," he said. "And so with these PSAs [public service announcements], combined with strong messaging, I think it's very important also to reach our youth utilizing our Indigenous languages," Hart said.

McLachlan will post this video and others, including one on mental health, on his Facebook page and research website, and plans to track the interest in them.

Part of his research also involves talking to elders about how past epidemics affected Indigenous people in Canada — everything from smallpox and Spanish flu to TB and, more recently, H1N1.

Northern Manitoba First Nations were hit hard with illness and death from H1N1 in 2009. When they asked for help, Ottawa sent dozens of body bags in shipments of hand sanitizer and masks, horrifying community leaders.

"There's this almost institutional amnesia that takes place, where it's the next crisis and we move forward and we forget to learn from the past," McLachlan said, pointing to well-documented historical mistreatment of Indigenous people by Western health care systems and academics.

He not only wants to learn from the past and support Indigenous communities now, he wants to help them take control of their own health and safety in the future. He hopes his work can be of service during this pandemic — and maybe prevent institutional amnesia next time. 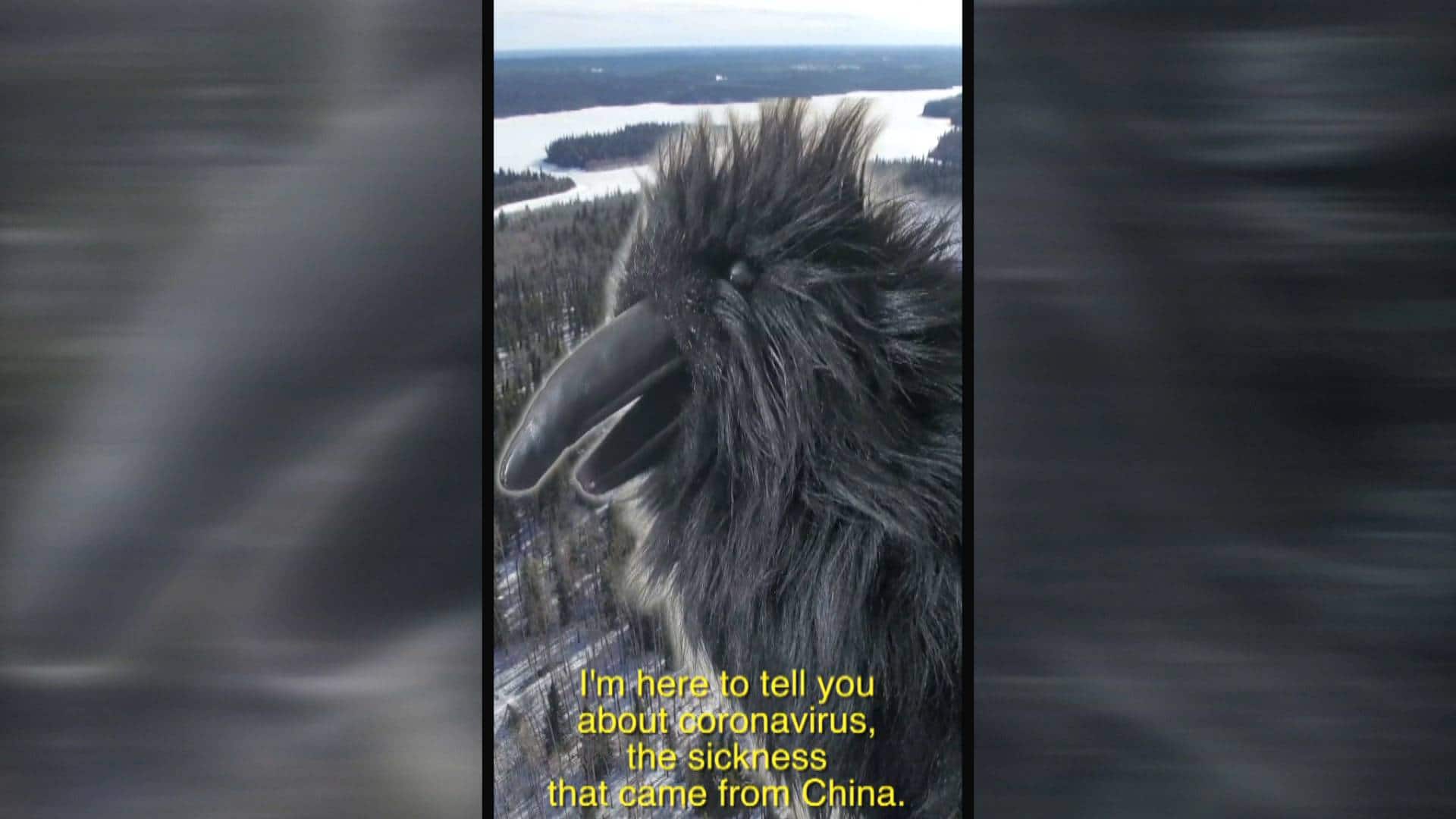 11 months ago
3:13
Steph McLachlan worked with elders and health care workers to come up with the concept of a raven giving advice to people from remote First Nations. 3:13