Imagine a wedding with no dancing, no hugging and a limited number of guests. That's not the way one Winnipeg couple wanted to spend their big day — so they decided to elope.

Imagine a wedding with no dancing, no hugging and a limited number of guests. That's not the way one Winnipeg couple wanted to spend their big day — so they decided to elope.

"It was planned like super off the cuff — last minute we found a cabin in Falcon Lake and we booked it and got my brother to marry us," said LaDawn Owen.

"We thought okay our wedding is on hold, but why should our marriage be on hold?"

It was not an easy decision for LaDawn, 24, and Braeden Owen, 23, who spent the last year planning and putting down big deposits for their wedding day at the Fort Garry Hotel on June 12.

But then COVID-19 hit Manitoba in early March, closing many businesses and banning big gatherings.

"Everything just shut down," said LaDawn. "When we heard the news I was like, well June is still far away so we have time, I'm not going to worry," she said.

Then she said they bumped the date up to August 14, in hopes that by then, the COVID-19 restrictions would be lifted.

"And then we didn't think August was a good plan," she said adding they had originally invited 200 guests.

Braeden said the province's 25 people limit on gatherings inside — as well as travel restrictions — would not have worked for his family, who all live in British Columbia.

"I'm from B.C. and almost all of the guests are coming from B.C. and it would be too hard because there's the mandatory isolation, and you're not really supposed to be travelling too much," he said.

"We just thought we want to get married this year, we don't want to just push this back."

WATCH | When wedding plans fall apart due to COVID-19: When wedding plans fall apart due to COVID-19

6 months agoVideo
2:41
Imagine a wedding with no dancing, no hugging and a limited number of guests. That's not the way one Winnipeg couple wanted to spend their big day — so they decided to elope. 2:41

So LaDawn and Braeden packed up their bags in Winnipeg and drove to a secluded cabin in Falcon Lake on April 25 where they tied the knot.

LaDawn, who says she has been dreaming of her wedding day since she was a little girl, has no regrets about eloping.

A video of the ceremony was streamed on Facebook for family and friends. The video shows the couple saying their vows to each other on a dock overlooking the water, both dressed in their wedding attire.

"Even though we had the perfect wedding day, the perfect little elopement, there's some really important things that were missed," she said.

"We never had speeches or our wedding party standing beside us, or my dad walking me down the aisle.

"There was a moment in the morning when I was getting ready all by myself and it hit me, why isn't my mom here? Why aren't my best friends here?" LaDawn said.

Braeden calls it the best day of his life.

"It was no stress, it was just us, and about us — everybody watching was just focused on us, and our vows," he said.

"And that is something that I feel gets forgotten in weddings today just cause there is so much that goes into them, it's such a big thing," he said.

Many weddings on hold

The COVID-19 pandemic in Manitoba has put many weddings on hold this summer, according to Winnipeg wedding planner Alex Torcolacci, who owns Alexandra Lillian Weddings and Events.

"It's definitely been a bit of a roller-coaster," Torcolacci said.

"At the beginning we obviously had postponements, so initially that is your March, April and May couples postponing because we didn't even know what was available for them," she said.

Torcolacci said she's optimistic that her business will pick up once Manitoba increases the gathering limits.

Right now up to 50 people can gather outside, and 20 inside — but they still have to sit two metres apart.

But physical distancing rules would still be in place.

"Something that couples need to keep in mind is that within the 25 to 50 people gathering limit, that does include all your vendors that would be on site, so that's your catering staff, bartender, your planner, photographer, videographer, all those people," Torcolacci said.

She said she's seeing more couples choosing to have smaller weddings, with fewer guests at tables, or putting their plans on hold until next year.

The party can wait

LaDawn and Braeden Owen say they still plan to have a reception at a later date so they can celebrate their new marriage with family and friends.

LaDawn said that party can wait.

With the pandemic taking a toll on the economy and people's health, she doesn't want to put anybody at risk adding she feels guilty about being sad in the first place.

"I do feel emotional about our wedding being cancelled when there's people dying right now, even now as I try to reschedule my [reception] there's so much going on in the world I feel like our wedding shouldn't be that important," she said.

"We want the day to be normal when people aren't thinking about it, " Braeden said.

"At the end of the day we still have each other," he said 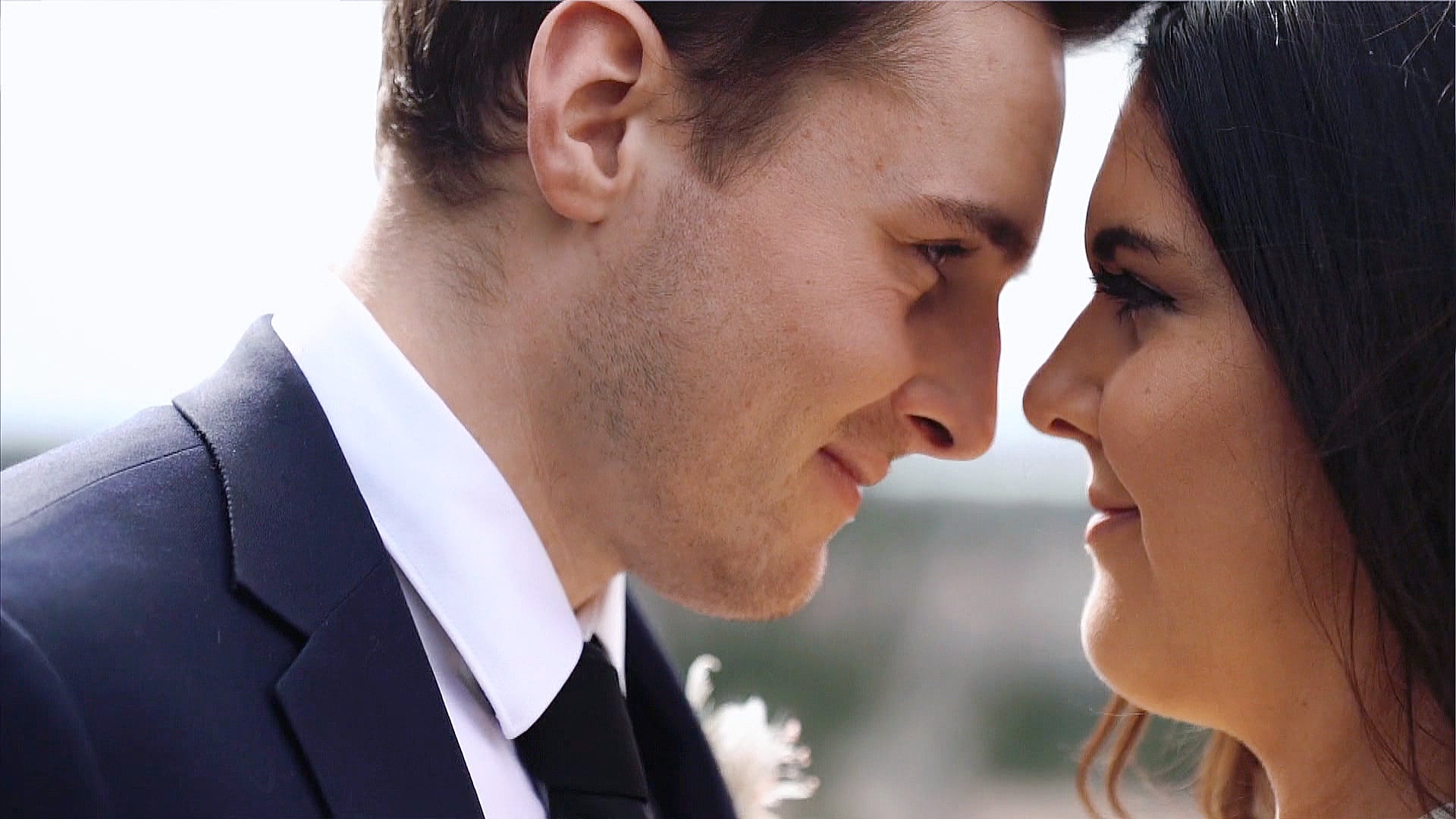