Renata Meconse and her young daughter were two of the people turned away from the MPI drive-through COVID-19 testing site on Main Street in Winnipeg Tuesday. It was the second consecutive day the site reached max capacity before it reached them.

Renata Meconse and her young daughter were two of the people turned away from the MPI drive-through COVID-19 testing site on Main Street in Winnipeg Tuesday. It was the second consecutive day the site reached max capacity before it reached them.

Around 3 p.m. Monday, they were also among roughly 20 cars in line when a worker from the site spoke with drivers to inform them they weren't taking any more patients and to come back on Tuesday, said Meconse.

So Meconse and her daughter made sure to show up earlier on Tuesday. They arrived shortly after 11 a.m.

"We were expecting there to be a large amount of people and sure enough there really was," said Meconse. "There were a lot of cars. There was a line up going [a few blocks] down Main Street."

About a half hour after Meconse pulled into line, a worker came out to tell drivers the site was at capacity for the day  — less than three hours after it opened. The worker directed people to the other two community testing sites in the city.

A record number of people are being tested for COVID-19 in Winnipeg in recent days, according to the Winnipeg Regional Health Authority.

The WRHA did not provide CBC News with testing numbers from last weekend. But 523 tests were conducted in Winnipeg on Monday — a single-day record until 568 tests were done on Tuesday.

"We are in the process of implementing short term plans to manage this surge in demand while continuing preparation to ensure our community testing services are equipped to be able to manage the potential for sustained demand as we enter fall and the flu season," a WRHA spokesperson wrote in an email.

"Health-Links has also experienced higher call volumes in recent days, and short-term planning is underway to address this increase in demand."

The drive-through testing site on Main Street, though, has seen an "unanticipated surge in demand," the spokesperson said. So many people have attended that particular site recently that cadets from the Winnipeg Police Service have been on scene directing traffic.

Meconse asked the worker from the testing site how it had reached capacity so soon, and the worker explained that more than one person in a vehicle can be tested, she said.

"You can see maybe 50, 60 cars, but there could be entire families in those cars and each [member] will have to be tested," she said.

Meconse and her daughter moved on to the testing site at Thunderbird House in downtown Winnipeg, where they stood in line for at least two hours under the sun before actually getting into the building. The visit took about three hours total, she said.

"I was actually pretty hopeful it would go pretty quickly because it looked like a way shorter line than the [MPI] location," she said, adding that 16 people were in front of them in line, but about three dozen people in total were in line.

Meconse worries that seniors or other vulnerable people may be putting their health at further risk if forced to stand in the hot weather for a long time.

"For the regular, run-of-the-mill healthy person, they can manage it. But it would be pretty difficult for many people who might need to get tested, too," she said.

"What if it was storming, or what if the weather was more extreme, more hot? I think it would be difficult for people to be waiting in that."

Prior to visiting the MPI site on Main, Meconse took her daughter to an emergency room because her symptoms weren't letting her sleep.

Meconse says they were told a COVID-19 test was unnecessary, but after beginning to feel ill herself, Meconse was motivated to get tested.

Had the mother and daughter not been able to be tested Tuesday, Meconse was considering travelling to Selkirk or Portage la Prairie to be tested.

She believed opening another testing site in Winnipeg may be worthwhile. Another alternative could be to list wait times for each testing site, like the WRHA does for its emergency room wait times. That way, people may be less likely to overburden one particular site, she said.

As of Tuesday morning, there were 41 active cases of COVID-19 in Manitoba.

One person is currently being treated for the illness in the ICU. 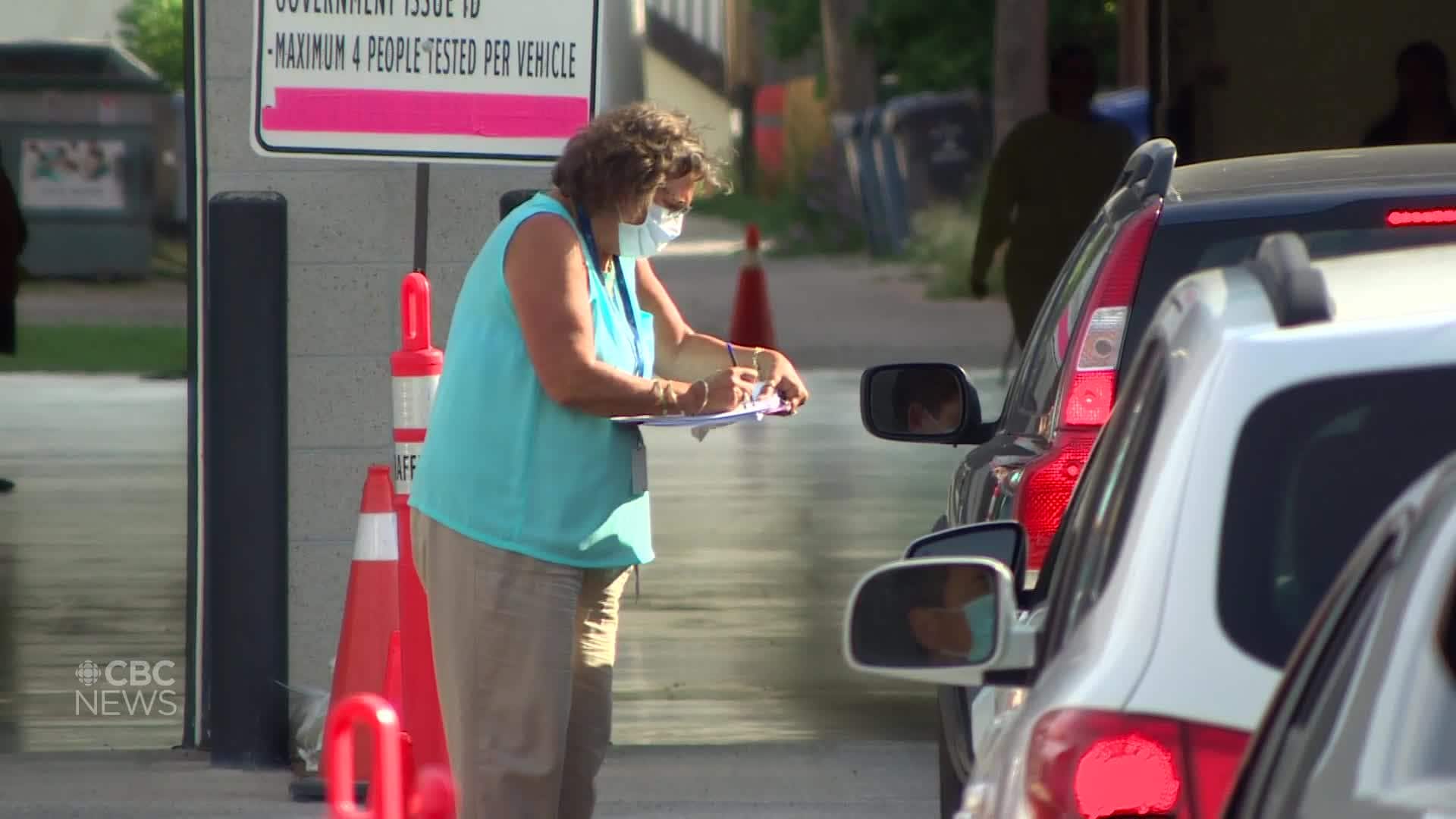 With files from Leif Larsen