Manitobans who survived COVID-19 say the experience was an emotional roller coaster, and are calling for more mental health supports.

When Lucy Kaikai's aunt contracted COVID-19 earlier this year, she told her something surprising.

"She said this is worse than war," said Kaikai.

The Winnipegger says she didn't believe her aunt, until she contracted the virus herself in September.

Kaikai moved to Canada from Sierra Leone in 2004. She was a refugee of war herself, and says her aunt was right.

"If I had seen somebody coming toward me with a gun or a knife, I might be able to run or duck. But whoever it was that infected me, I did not see COVID on them," she said.

"It is an invisible enemy we're fighting."

That invisible enemy is causing fear, anxiety and other mental health challenges among those who contract it.

The Centre for Addiction and Mental Health recommends governments do all they can to boost mental health supports for survivors of COVID-19, citing high rates of depression, anxiety and post-traumatic stress in SARS survivors following the epidemic in 2003.

With an already struggling mental health system, the centre says things are bound to get worse.

The provincial government introduced online, free therapy for Manitobans in the spring. According to the province's website, the resource has been used by nearly 4,000 people so far. Manitoba also announced counselling services through the Mental Health Virtual Therapy Program this week, which offers two complementary sessions until Dec. 31.

Kaikai's biggest stressor was taking care of her children while infected with the virus, she said. Her initial test results came back inconclusive and she had to take a second test before being officially diagnosed. Kaikai describes that time as an emotional roller coaster.

"I had been cautious. I had been wearing masks at home just out of precaution. We had been not giving the usual bedtime hugs and cuddles," she said.

"As much as I was happy we had practiced distancing and kept them safe, I was really scared of touching my kids, or having them come anywhere close to me."

WATCH | Lucy Kaikai, who survived COVID-19, describes it as the 'invisible enemy': 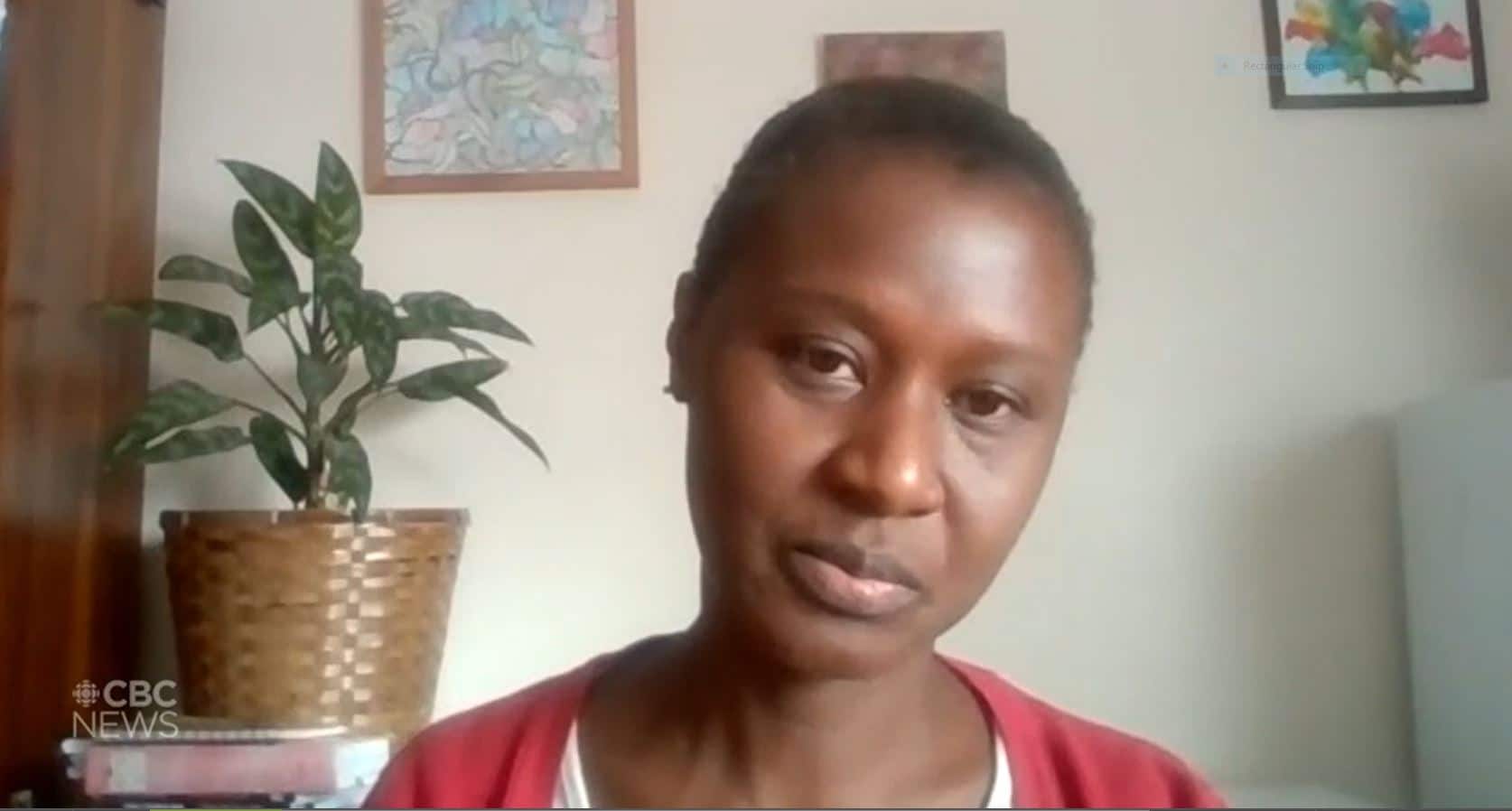 'How can this be worse than a war?'

2 months agoVideo
2:15
Winnipegger Lucy Kaikai has lived through being a war refugee. Now, she says contracting COVID-19 is worse. 2:15

At the same time, Kaikai says she was frustrated with people who were inviting her to gatherings, or hearing of Manitobans who refused to wear  masks.

"I was so scared of my children losing me so unexpectedly," she said.

"If there had been a funeral for me, my parents who live in Australia would not have been able to come. Not even all my family or friends here would be able to attend. There are so many unfortunate incidents that will culminate from somebody passing during this time that we should think about."

'It felt so helpless'

Neil and Genevieve Funk-Unrau were both at points during their COVID-19 experience where they were "too sick to think," they say.

The couple contracted COVID-19 after a trip to Cuba in March. While Genevieve was considered recovered after two weeks, Neil was sent to hospital, put on a ventilator, went into a coma and suffered a series of strokes.

When she got sick, Genevieve says, at times, she went to a dark place.

"I remember saying to Neil, if you have to call an ambulance for me at some point, I'm not going until I get to see my children. Because I saw the hospital as a dark place to go," said Genevieve.

"It was a one-way trip. And so when he went in, that was really scary for me. It felt so helpless. So powerless."

Neil says he had some hallucinations after waking up from his coma and it took him a while to feel like himself again. He says all of his follow-up rehabilitation has been due to the strokes, with a focus on physical therapy and speech therapy, not mental health. He says he hasn't noticed more stress or anxiety, but he is more emotional than he was before.

"Even when in hospital sitting and watching TV, I'd find myself breaking down and crying at the slightest thing, where ordinarily I'd just watch with no big deal," he said.

The couple says they worry about people who don't have a healthy support system, since that's what got them through the tough times. Their adult children helped them out, and the couple received thousands of messages sending well-wishes online.

"There's so many people out there who don't have that. They don't have those support systems," Genevieve said. "I think that's the piece that to me is serious.… Where are the supports for those who aren't doing well?"

Kaikai says she relied on love from her friends and family to get through. She says she still worries about her children getting sick and hopes Manitobans can take the virus seriously during the second wave.

"Someone, after I told them I had gone through this, they said 'Oh, you must be feeling great. You're invincible now.' I'm like, I still can't wrap my head head around the fact that I've come through this," she said.

"And more than anything else, that my children haven't gotten this virus from me.… I don't feel confident, or feel that I've beaten this virus. So the superhero? No. I feel very fortunate and just a bit more tender towards other people."