Manitobans travelling within Canada are urged to self-isolate for two weeks when they return home, public health officials say.

"I want to make it clear that this is not just a suggestion," chief provincial public health officer Dr. Brent Roussin said at the Monday morning news briefing about COVID-19 in Manitoba.

"We have this in place because the risk to Manitobans is real, since all of our cases have been imported from travel. We are appealing to people's civic duties."

Anybody returning from domestic travel who develops symptoms is asked to call Health Links regarding testing, he said.

Roussin reiterated that now is not the time for non-essential travel, especially since all cases in Manitoba are travel-related.

The mode of transportation people use when travelling in Canada is irrelevant, he said.

The province has no plans in place to limit travel within Manitoba, such as to isolated First Nations, Roussin said.

Public health officials are now asking home-care workers to screen clients over the phone, or prior to entering a home from a safe distance, about possible symptoms and signs of illness and travel history in advance of residential and community visits. Workers will be expected to wear personal protective gear and follow proper sanitation protocols.

These new screening will help identify any potential exposure to the virus within the residence, and determine if home-care service can be safely postponed or offered in another way such by phone or virtual appointment. 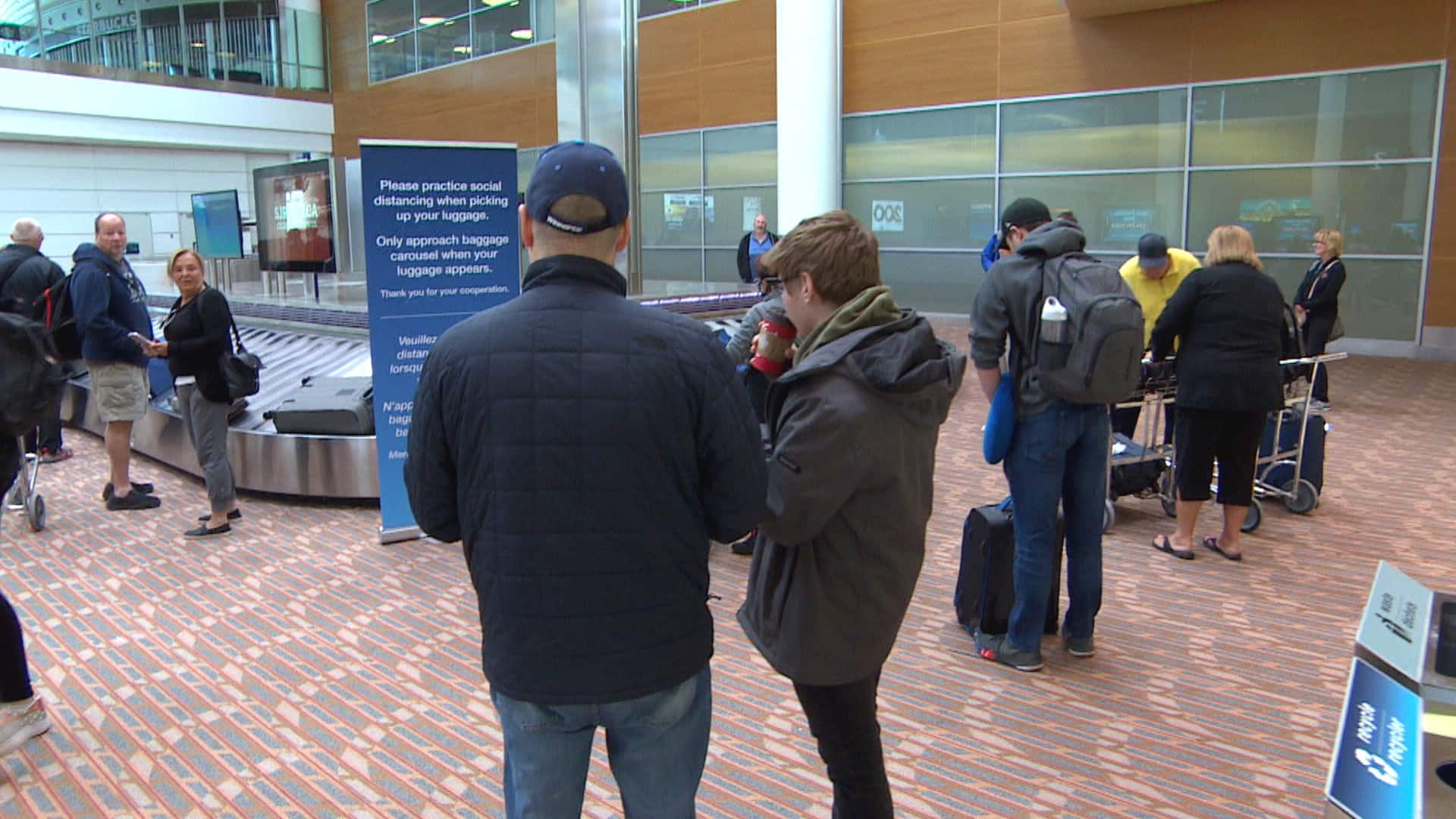 'I want to make it clear that this is not just a suggestion' : Dr. Brent Roussin

The total number of COVID-19 cases in Manitoba remains at 20, after an additional case was found and another was ruled out, he said.

One case was under investigation in terms of how it originated, but that case has been scrapped from the list as it was a false positive, Roussin said.

More than 4,300 COVID-19 tests have been conducted so far in Manitoba. There have been no deaths from COVID-19 in the province.

There is no longer anyone in hospital for COVID-19.

"We don't see those numbers very often, so that's quite low," Siragusa said.

The province's blood supply is in a better position than a week ago, she said, but O-negative donors are still needed.

An online screening tool has been viewed about 240,000 times since it launched last week, and received roughly 35,000 hits on Sunday alone, she said.

The province now has 11 testing sites for the coronavirus that causes COVID-19. Combined, the testing sites saw 436 patients on Sunday, bringing the total to 4,100 people tested so far, said Siragusa. 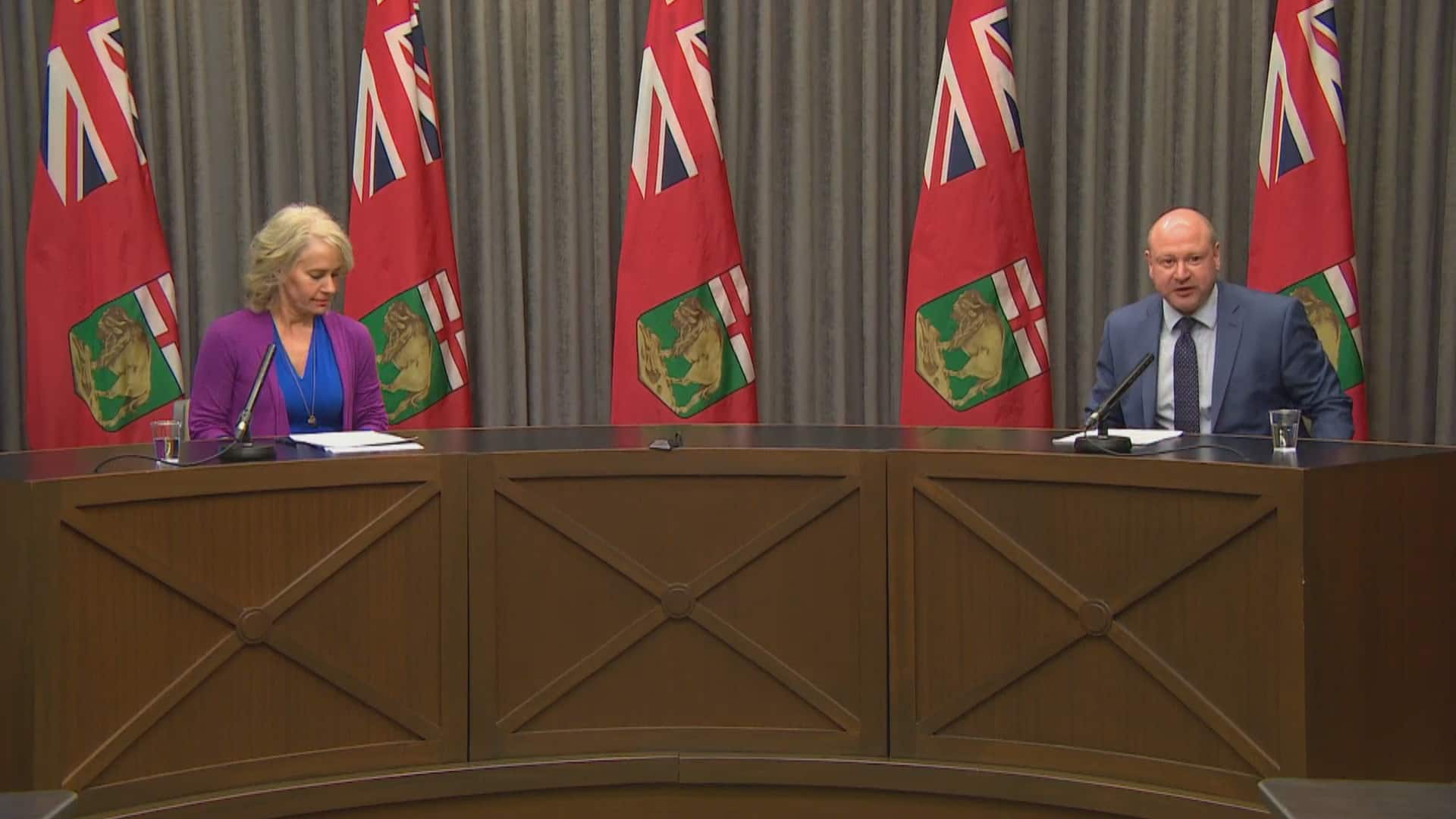 More testing facilities are expected to open this week, including in the Interlake-Eastern and Southern health regions, she said.

Health officials are trying to find ways to increase the province's testing capacity and broaden the parameters for testing patients, Roussin said, but people returning from international travel, showing symptoms of respiratory illness and in critical condition, still have priority.

"Health-care workers, those who are critically ill, those in hospital, as well as those from long-term care facilities and First Nations, those are being prioritized," he said.

"All of the testing issues are capacity. If we had the testing capacity right now, then we could test as many people as we wanted," said Roussin.

"Even testing the highest-risk individuals, we still have a remarkably low positive proportion of tests."

The biggest issue with increasing testing capacity is the reagent, said Roussin, adding there is a global shortage.

Cadham Provincial Laboratory has been producing its own reagent to reduce the backlog and hopefully return to full capacity by the end of the week, Roussin added.

A woman, who recently returned from international travel, visited the Manitoba Public Insurance Bison Drive testing site in Fort Garry last weekend. Staff realized that it was her birthday.

"Once they finished her swab, the entire staff broke out in song and sang 'Happy Birthday' to her," said Siragusa.

"It's a great reminder that we should continue to be kind to one another in these times of stress and uncertainty."