A Manitoba microbiologist says there's a 10 per cent chance a COVID-19 test can be inaccurate, which one Winnipeg couple with a false negative worries might lead some people to unknowingly spread the disease.

A Winnipeg couple who both have COVID-19 is warning about the risks of false negatives, after one of them tested positive while the other improperly tested negative.

Allan and Martha Bradbury went to get swabbed after returning from a cruise that had several cases of COVID-19.

"I've never had a flu that felt like that in my life," Allan said.

A week after getting tested, the public health nurse called back — Allan had tested positive for the disease. But Martha tested negative.

Martha was told it was highly likely she really did have COVID-19 based on her symptoms and close proximity to Allan.

"I was really sick. So she was quite sure that at that point I had been exposed," she said.

The nurse told her she had likely been tested too soon, before the virus was detectable in her body.

The couple worries people who receive a negative result might actually have the disease and unknowingly spread it to others.

"It could give some people a false sense of security in thinking, 'I don't have it, I can go out ... I can go shopping, I can visit my mother," Martha said.

"When really, whether you get tested or not, whether you think you've been exposed or not, what everybody really needs to do is physically distance from each other," Martha said from the couple's home, where they have been in quarantine since returning to Winnipeg.

The pair said they didn't have some of the common symptoms of COVID-19, like fever or respiratory issues.

"You have to think that you are going to transmit the disease, so you have to act like you have it," Allan said.

Microbiologist Kelly MacDonald said in the lab setting, the actual test for COVID-19 is accurate 99 per cent of the time, which is better than similar tests for other respiratory issues, she said.

"The testing is extremely sensitive," said Dr. MacDonald, who is the head of the University of Manitoba's infectious disease program and a clinical scientist.

However, it's possible for errors to be made in the clinical setting before the test gets to the lab — essentially, when a person's sample is being taken.

Such errors might occur when the swab of the nose isn't done properly, which happens about eight to 10 per cent of the time, MacDonald said.

"So for instance if someone sticks the swab in the nose and doesn't stick it far enough into the nose to collect the little cells on the inside, we know that the sample will be potentially a false negative."

There's also a one per cent chance a person will test negative for COVID-19 — but actually have the disease — if they have been tested too early.

At that point, the viral levels are just starting to go up, and the few cells that are positive are missed during the swab, she said.

That's why people who are tested are told to go home, isolate, and watch for symptoms, she said.

"What we tell everybody is, if they have symptoms, and their test is negative, that it doesn't mean that they are home free," MacDonald said.

"Everybody is warned that there is a chance of a false negative, and that they've got to go home and act as if they have COVID-19, regardless of the test results."

Use common sense, watch for symptoms

The test is only one way of determining whether you have COVID-19.

"I tell people to use common sense," MacDonald said.

"If they still have a fever and a cough, or symptoms consistent with a viral illness that could be COVID-19, we tell them to continue to isolate and assume that they have COVID-19 ... If you deteriorate seriously and all your instincts tell you that this is a serious thing, then you need to be seen by a physician," she said.

Dr. Brent Roussin, the province's chief medical officer of health, said the false negative rate in people who have symptoms is low, but because testing is still so new, there is still not much evidence on it.

"It's one of the reasons why we don't test people without symptoms, because we feel the false negative rate is much increased in that population," Roussin said.

A spokesperson for Manitoba Health said false positives are rare, but there are two potential causes in the province.

The first happens when the test detects very small amounts of the virus that are too weak to confirm, because the patient is already getting over the infection.

It's not technically a false positive, but actually what is known as a "weak positive."

The second cause for a false positive is an issue within the lab itself.

In this case, a negative specimen is tested too close to a strongly positive one and it becomes contaminated.

That's happened twice in Manitoba and protocols are now in place to flag this when it happens, the Manitoba Health spokesperson said. 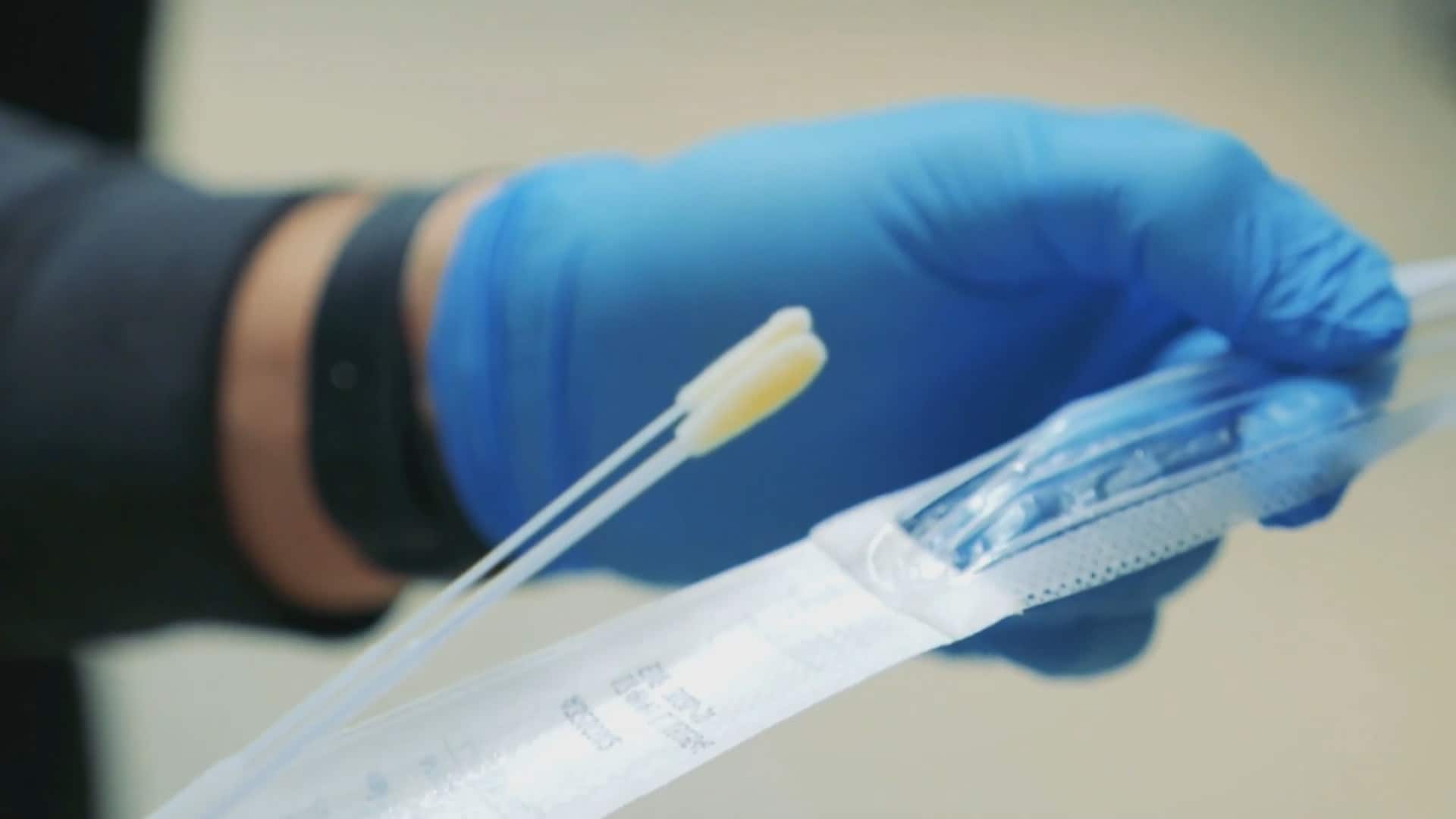 6 months ago
2:38
A Winnipeg couple who both have COVID-19 is warning about the risks of false negatives, after one of them tested positive while the other improperly tested negative. 2:38