Manitoba working to be 1st province to reopen, premier says, but caution and more testing needed

Manitoba's premier says he wants Manitoba to be the first province to reopen in the face of the COVID-19 pandemic, as the province extends a state of emergency and works to expand testing.

'We must continue doing everything we can to continue flattening the COVID curve': Pallister

Manitoba's premier says he wants Manitoba to be the first province to reopen in the face of the COVID-19 pandemic, as the province extends a state of emergency and works to expand testing.

Premier Brian Pallister said he'd like to see Manitoba become the first in the country to bring its economy back online, as long as public safety can be assured and testing capacity increases.

"I don't know if you're into acronyms, but I like this one: First In Restoring Safe Services Together. That's our goal," Pallister said.

"But, we have to create the safety. That's where increased testing, that's where protocols around reopening and so on, are central to our restoration of safe services."

Pallister made the remarks during a daily briefing on the province's COVID-19 response, when he announced the extension of the province's state of emergency for an additional 30 days. 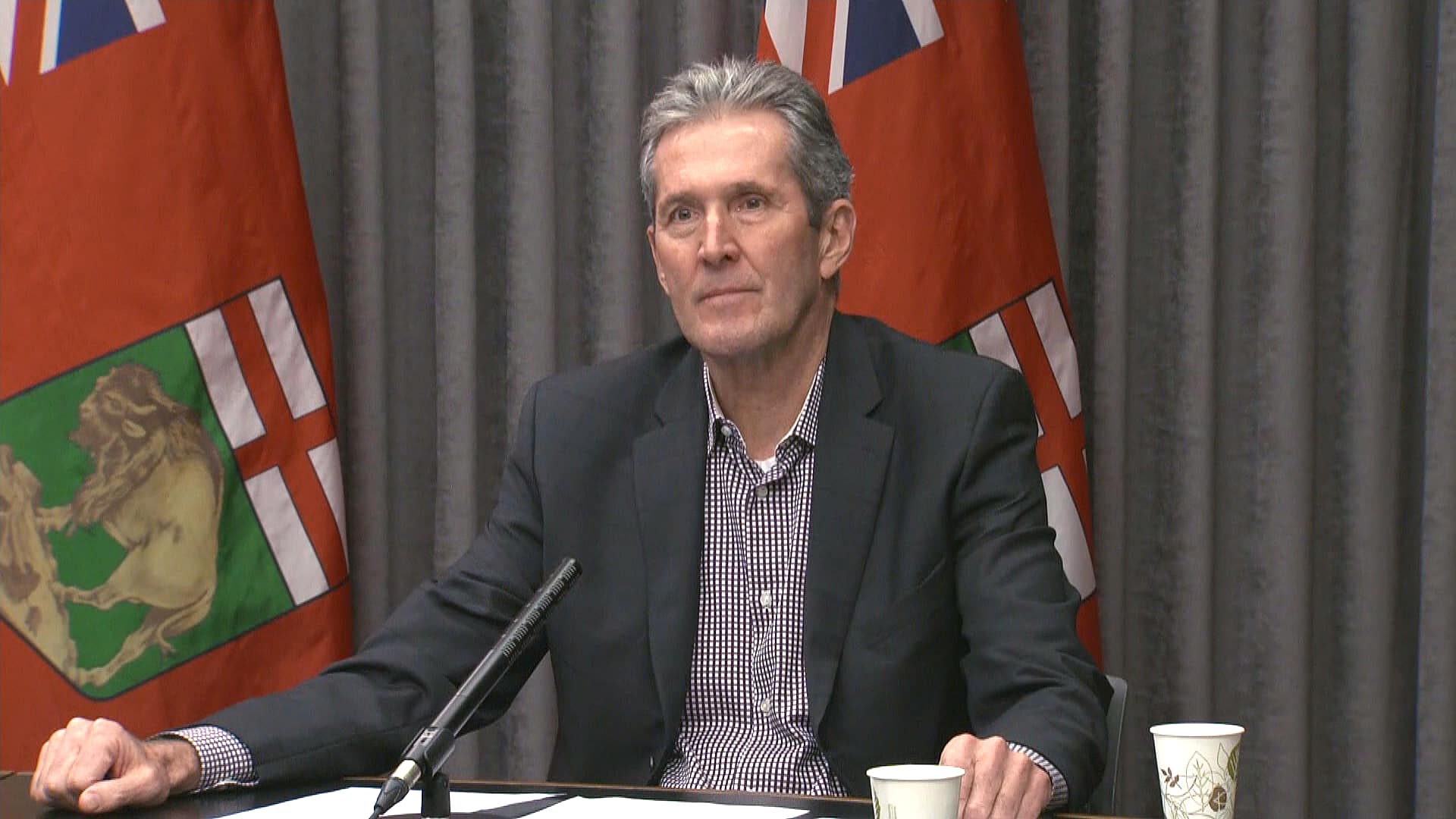 7 months agoVideo
1:28
Dr. Brent Roussin, chief provincial public health officer, and Premier Brian Pallister respond when asked if Manitoba can lead the country in getting up and running again in face of COVID-19 pandemic. 1:28

The province is working with partners in the business community to find ways to get people safely back to work, Pallister said.

"We can only make progress with those two things in tandem," he said. "Public safety can always, and must always, be our first concern. And only then, when that is addressed effectively, as we're doing with increased testing and these protocols that we're developing, can we move forward."

Increased testing capacity is crucial to any plans to reopen the economy, Pallister said.

The province is working to increase capacity at Cadham Provincial Laboratory to be able to process up to 2,000 tests per day, Pallister said.

"If this works, Manitobans will be the reason — not the only reason, but the key reason — that we'll be able to be the first in restoring safe services together."

'Not the time to take our foot off the brake': Pallister

The province has had a relatively low number of new cases announced daily for the past several days, which Pallister said could pose danger if Manitobans interpret the numbers as reason to loosen up on social distancing.

"This is not the time to take our foot off the brake. We must remain vigilant," he said. "We must stick to the fundamentals that have allowed us to be where we are today."

However, he said the province does appear to be performing well compared to other jurisdictions in Canada.

"The fact is we're in a marathon and we're in the lead, or very close to the lead, in terms of the number of cases," he said. "We're lower for our size than almost any jurisdiction in the country."

The province officially extended the state of emergency in Manitoba as of April 18, meaning it's now set to expire at 4 p.m. on May 18.

The state of the emergency under the Emergency Measures Act was initially declared on March 20.

"What we are doing is working, and we must continue doing everything we can to continue flattening the COVID curve," Pallister said.

The state of emergency allows the government to take emergency action in response to the pandemic, including financial measures and issuing public health orders under the Public Health Act.

Right now, orders in place under the act shut down non-essential businesses and limit public gatherings. The orders were extended last week, and are currently set to expire on May 1.

The orders can be terminated or changed at any point during the state of emergency.

The coronavirus has infected more than 35,000 people in Canada, and more than 2.4 million people worldwide.

On Monday, Pallister responded to concerns raised after the province asked Manitoba universities to find ways to cut their budgets by up to 30 per cent, to help handle the economic impact of the pandemic.

The premier said all Crown corporations and provincially-funded agencies were asked to prepare scenarios for budget cuts of 10, 20 and 30 per cent over the next four months — not just universities.

He said Manitobans need their public servants "a little less right now than has been the case for some time."

Universities, however, have said pressures are actually increasing, as many students are now out of work. Universities in the province have already laid off hundreds of employees.

In an emailed statement, Manitoba representatives for the Canadian Federation of Students condemned the suggestion of cuts as "socially deplorable" and potentially disastrous for schools.

The federation said schools have faced years of belt-tightening from the province, which has put institutions in difficult straits financially, at a time when students are facing high levels of stress.

"Students are extremely anxious right now when it comes to their education," said Brenden Gali, chairperson of the federation's Manitoba branch.

Dougald Lamont, leader of the Manitoba Liberal Party and MLA for St. Boniface, was critical of the Progressive Conservative government's move.

"Government entities and their budgets are governed by independent boards," Lamont said in the written statement on Monday. "This directive is not strong management or leadership — it is an abuse of power."

The premier dismissed the suggestion any cuts to university funding during the pandemic could be permanent.

"That's a false assertion, and there is no relevance or fact in that assertion," he said. 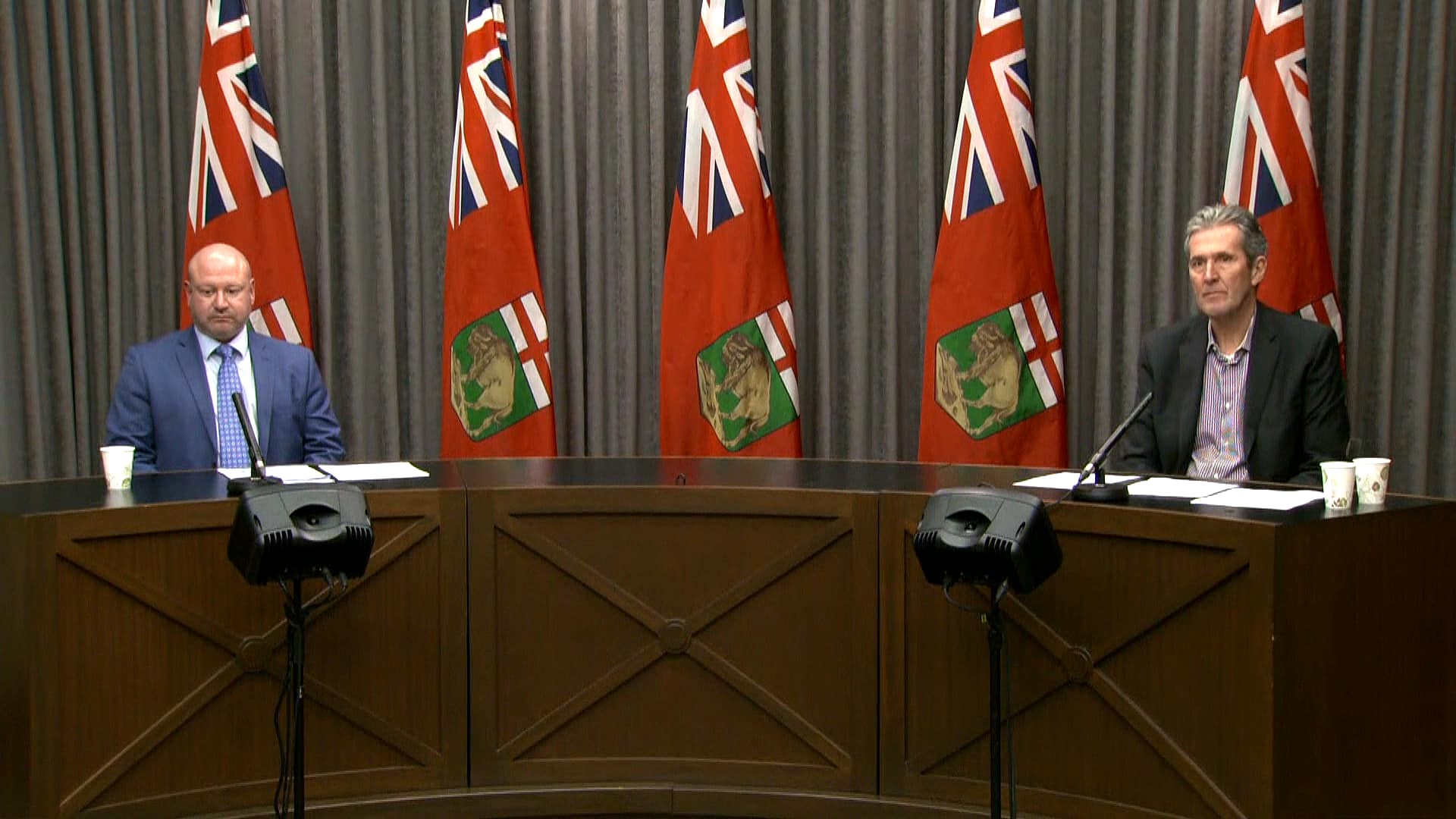