More than 3,000 Canadians are waiting for a life-changing cornea transplant — some for as long as two years — in a system that experts say is patchwork and broken.

Thousands of Canadians face blindness as they wait months for transplants 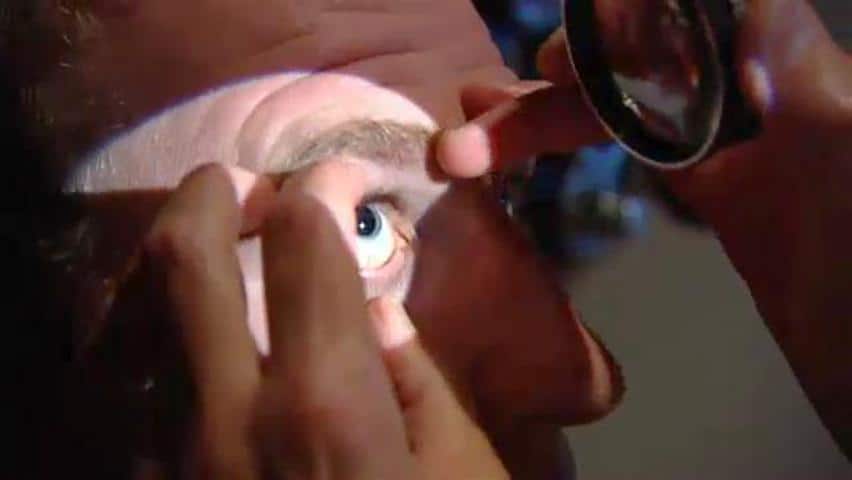 8 years ago
2:15
Thousands of patients in Canada waiting for cornea transplants can wait anywhere from five months to two years for a transplant, depending on which province they live in, a CBC News I-Team investigation has found. 2:15

More than 3,000 Canadians are waiting for a life-changing cornea transplant — some for as long as two years — in a system that experts say is patchwork and broken.

CBC News has discovered that non-emergency patients, many facing corneal blindness as the result of painful chronic eye disease, can wait anywhere from five months to two years for a transplant, depending on which province they live in.

Last year in Quebec, 70 healthy surplus corneas were destroyed after authorities offered them unsuccessfully to other provinces.

Although Quebec's eye bank has Health Canada accreditation, other provinces only recognize the Eye Bank of America accreditation — an example of a lack of co-ordination that experts say is hurting the system.

Check out our interactive map to compare cornea transplant wait times in each province.

Dr. Guillermo Rocha, a Manitoba corneal surgeon, says it is unfathomable that corneal tissue goes to waste, when there is a waiting list of people who need transplants.

"It's really not that complicated. It really isn't," said Rocha. "These are quick procedures, very slick procedures and very life-changing procedures."

For Vancouver surgeon Dr. Paul Dubord, a World Health Organization corneal expert, the lack of standard accreditation across the country highlights a bigger issue: the lack of consistent quality, despite Health Canada implementing standards to try to deal with the issue.

"In Canada, the Canadian blood system, there's all accountability and accreditation in place so that if I get a pint of blood from Calgary, I know it's the same as I get from Vancouver," Dubord said.

"But in tissue transplantation, that doesn't exist, so a cornea that's collected in Quebec, we might not know."

Dubord pointed out that countries like the United States and Spain have virtually eliminated corneal blindness.

Even some developing parts of the world, such as Colombia and a province in India called Hyderabad, there are virtually no wait times for corneal transplants, he added.

"This whole issue is frankly, in many respects, unacceptable and totally unnecessary in Canada," Dubord said.

"We do on a per capita basis half the number of transplants they do in the States…. There is no effective waiting time in America."

Canadian Blood Services came up with a plan — its Call to Action report, commissioned in 2008 and delivered to provincial and federal health ministers in 2011.

That plan calls for specific fixes to the corneal transplant system, which includes a national registry, eye bank consolidation and inter-provincial co-operation.

But the lack of cornea donations is still the biggest issue in some provinces.

In Manitoba, Rocha says a national registry is a must, adding that tissue in other parts of the country must be available to surgeons across Canada.

"Everybody is in tune with the supply of tissue, and it can be used efficiently almost immediately," he said.

A key strategy outlined in the Call to Action report is to jumpstart the system in Canada and clear patient backlogs by acquiring corneas from U.S. eye banks at a cost of $2,000 to $3,000 in order to boost local supply.

However, Alberta is not implementing the strategy. That province has not acquired any corneal tissue from the U.S., despite a two-year wait list there. Alberta Health says there are no plans to change its policy.

Manitoba is slowly starting to import corneas to deal with the 115 patients that are waiting. Eight of the tissues were imported from an Ohio eye bank starting last July.

For Raymond Stewart, 90, of Brandon, Man., who has been waiting 15 months for a transplant, where the tissue comes from doesn't matter to him. He just wants to be able to go outside in the winter again.

"The problem is that when I'm walking along I don't know my next step I'm taking, whether it's going to be in a hole and I'm going to tumble or not." Stewart told CBC News.

Manitoba Health Minister Theresa Oswald said she's satisfied with corneal transplant wait times in the province, but she added that the province could do better.

"We know that as our citizens grow older and our boomers get older, there is a huge opportunity for those lists to increase, but we aren't seeing that … it's stable."

Oswald agrees that a national system is needed, but she said the work is being done — the provincial health ministers met in Toronto last week, and transplantation was "informally discussed."

"I would say that for anyone who is awaiting a transplant of any kind, perhaps that progress isn't swift enough but we are absolutely committed to doing all that we can," she said.

But Stewart said for him, the wait affects his quality of life, and he has a message for the minister.

"You take my place for a while and see how you like it," he said.

The Ontario government says it is working to address this issue by allowing the Kensington Eye Institute in Toronto to be the first in the province to perform corneal transplants outside of hospital. It has been funded for 400 surgeries per year for the next three years.

"Health Canada is committed to working with the provinces and territories and other stakeholders to improve access to transplantation and supports an innovative approach to increase the performance of the organ and tissue donation and transplantation system in Canada," the statement read.