​Twenty community renewal groups in Manitoba will no longer be able to help residents fund home improvement projects after the province axed a grant program to save money.

​Twenty community renewal groups will no longer be able to help residents fund home improvement projects after the Manitoba government axed a grant program to save $510,000 annually, a provincial spokesperson says.

"It's really disappointing, because for such a small investment from the province, the grant just had a huge impact," said Kemlin Nembhard, executive director of the Daniel McIntyre/St. Matthews Community Association in Winnipeg.

The association is one of 13 in Winnipeg and seven in rural areas that will lose funding from the provincial Community Housing Improvement Initiative. The initiative helped homeowners cover the cost of exterior fix-ups to their properties.

The Daniel McIntyre/St. Matthews Community Association says the cut will have a ripple effect on the two Winnipeg neighbourhoods, but the government says it's necessary as the province works to rein in provincial spending.

Finance Minister Cameron Friesen tabled a budget in April forecasting a $840-million deficit for the 2017-18 fiscal year, with the expectation of a total provincial debt of $23.1 billion by the end of March 2018.

Nembhard said the program has been running for over a decade and has been instrumental in the revitalization of the Daniel McIntyre and St. Matthews neighbourhoods.

The executive director of the Dauphin Neighbourhood Renewal Corporation said she found out about a week ago funding has been cut indefinitely.

"Sadly, I wasn't surprised," Mary Myhre said from Dauphin. "Disappointed, for sure. This is a program that has done a lot of good in Dauphin."

Whereas the Daniel McIntyre/St.Matthews organization provided a maximum of $1,000 to applicants who could match up to a quarter of that, the Dauphin Neighbourhood Renewal Corporation dolled out up to $2,500 to applicants with a household of income of less than $60,000 and a estimated home value of under $200,000.

The group has helped fund about 50 projects in the past three to four years, Myhre says, which have had "a pretty big effect on 200 to 300 people" in Dauphin.

"Some of the biggest effects of this program are that people take pride in their house where they didn't before, and they're able to do a project that seemed so out of reach before hand," Myhre said.

Nellie Shachtay, 81, lives in Winnipeg's William Whyte neighbourhood and said she was relieved when she qualified for a grant to fix the leaky roof of her home this year.

"It felt really good when I found out I was getting it. It made me 10 years younger," she said.

Two grants from the city and North End Community Renewal Corporation totalling $5,500 covered the roofing project. The corporation previously received about $23,500 annually from the province, as did 19 other community groups, according to a provincial spokesperson.

Shachtay collects old age benefits and a pension from her late husband who worked for the City of Winnipeg for 38 years. She also receives a little money from disability payments for her arthritis, but she says money is still tight.

"I felt like I won $1 million, because I could've never done this on my own," Schachtay said, adding it's unfortunate the North End Community Renewal Corporation will no longer receive home improvement funds from the province.

"There's a lot of people like me who really depended on that, and if they cut back it will be a lot harder for people."

Sel Burrows, chair of the Point Douglas Residents Committee, said he doesn't understand why the province would cut a program that helps people with low-incomes feel better about where they live. 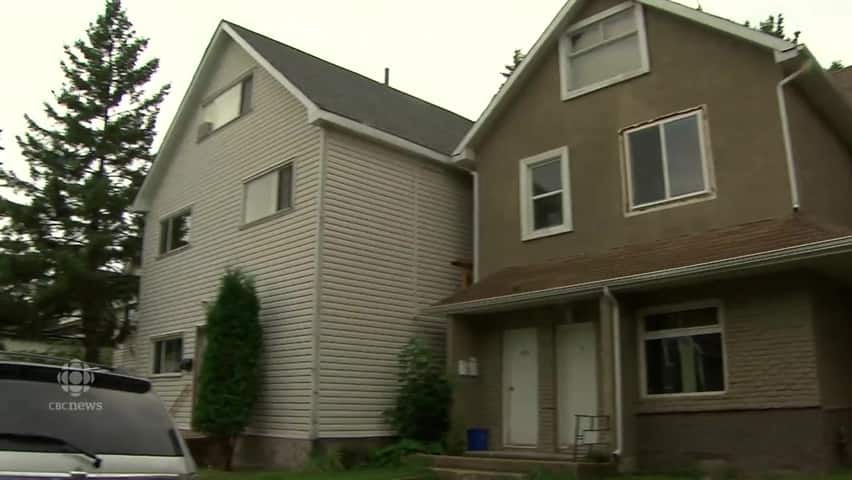 3 years agoVideo
1:29
Old homes in need of a facelift will no longer receive help from the province. It's axed its Community Housing Improvement program to save about half a million dollars. 1:29

"Basically a few years ago we had 30 ugly slum houses in Point Douglas and with this type of program and others we don't have that anymore and the whole community feels better," he said.

"For middle class people a thousands bucks doesn't sound like much, but for somebody who is making maybe even two minimum wages and they've got a couple of kids, that can have a huge impact, and as I say: their house looks better, they feel better."

For landlords, the program was a 50-50 split and a good encouragement to fix up aging buildings that needed new windows, doors or roofing, for example, Nembhard said.

"You'll see like a block that had lots of houses that were maybe looking run down and then they just look better," Nembhard said. "It has a really huge impact."

The Daniel McIntyre/St. Matthews Community Association has traditonally received four times more applications than they can pay out, Nembhard added.

"People may not have the money to fix up their houses."

The cut to the program came without any consultation and has left residents who were hoping to get a grant frustrated, she said.

A government spokesperson said after a review identified opportunities to simplify and improve the province's community programs, it made the "tough decision" to cut the program.

The spokesperson said homeowners and landlords who need to make repairs can get funding through repair programs by Manitoba Housing.

"The Manitoba government recognizes the hard work and dedication of the community organizations that have played and continue to play an important role in community development in this province," the spokesperson said.​

with files from Chris Read