A Winnipeg cancer patient who filled a parking meter with spray foam to protest high parking rates patients have to pay outside health centres says he's touched by the attention his story has garnered, with one local businessman even offering to pay for his parking. 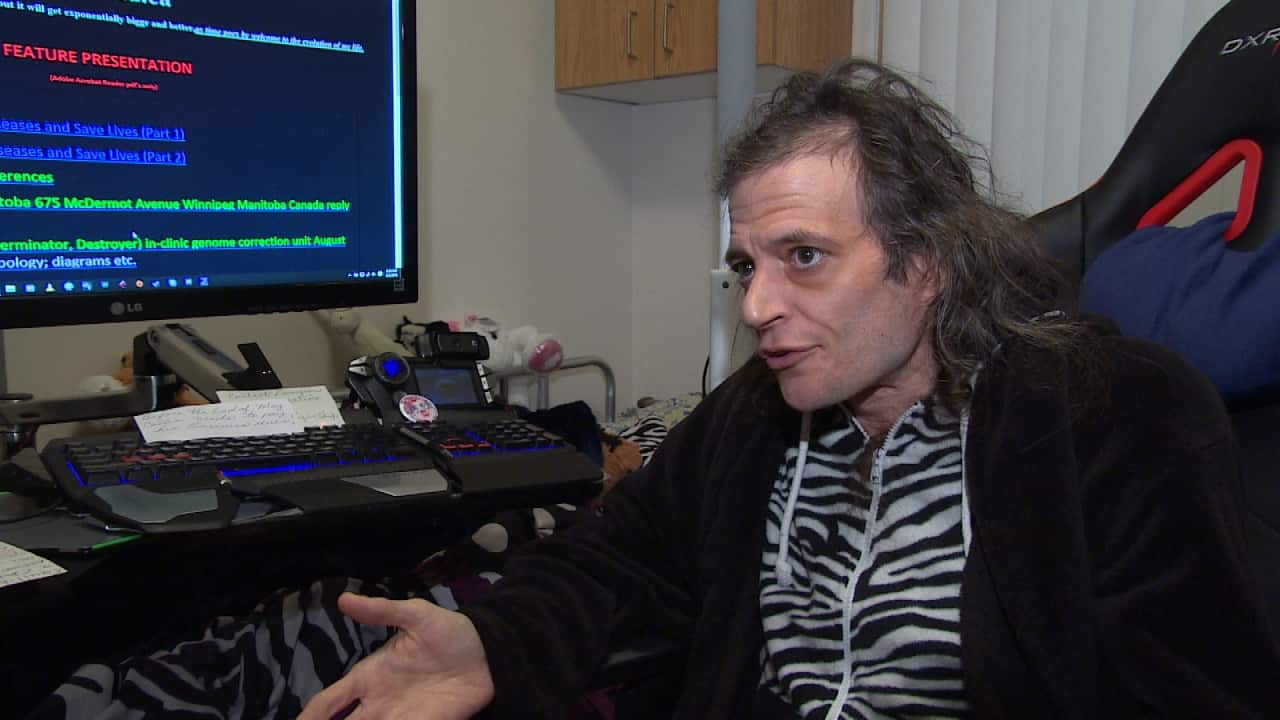 RAW: Collin Kennedy is thankful a local businessman offered to pay for his parking fees

5 years agoVideo
1:19
A Winnipeg cancer patient who filled a parking meter with spray foam to protest high parking rates patients have to pay outside health centres says he's touched by the attention his story has garnered, with one local businessman even offering to pay for his parking. 1:19

A Winnipeg cancer patient who filled a parking meter with spray foam to protest high parking rates patients have to pay outside health centres says he's touched by the attention his story has garnered, with one local businessman even offering to pay for his parking.

Collin Kennedy, who has had multiple myeloma — a form of leukemia — since 1999, vandalized a city-operated parking meter on May 30 near the CancerCare Manitoba clinic, where he has had all his treatments.

Kennedy said he did it because he is fed up with the City of Winnipeg and Impark charging sick people to park near the clinic and other treatment facilities around the Health Sciences Centre.

A CBC News video of him spraying foam into the meter has since been shared thousands of times on social media, with at least one Facebook meme calling Kennedy a "Canadian hero." 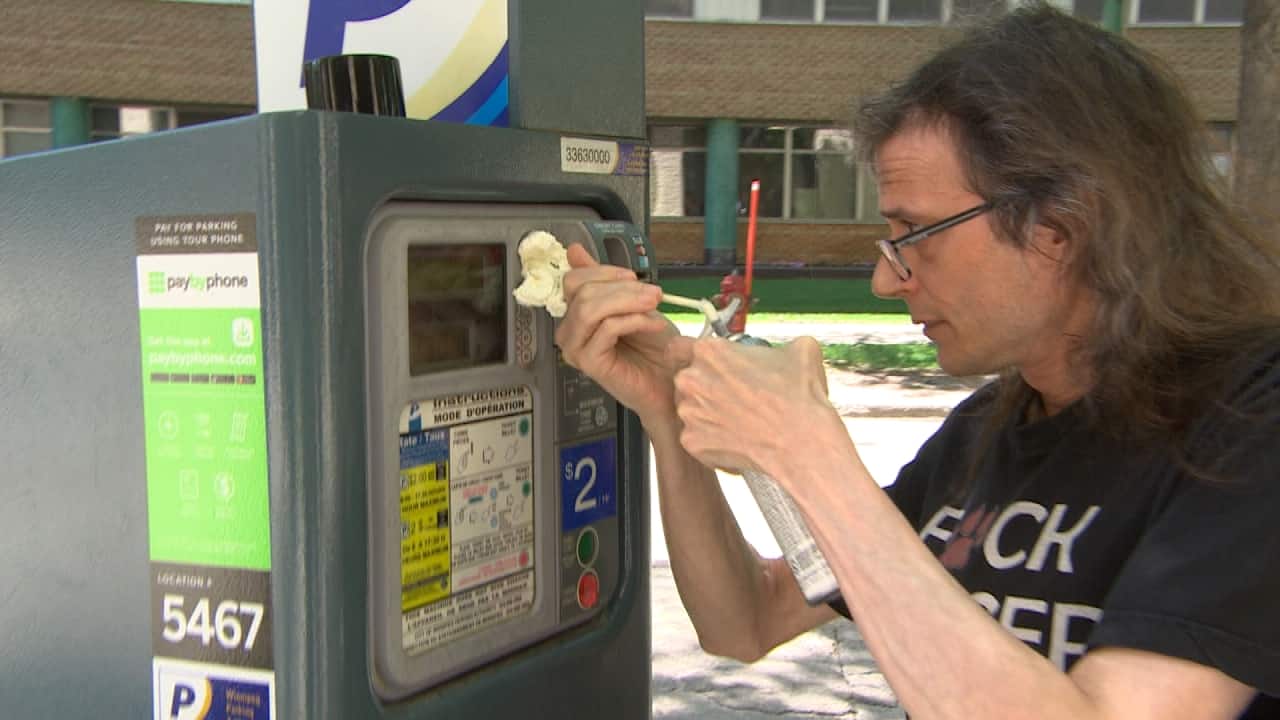 5 years agoVideo
0:36
Collin Kennedy used spray foam to disable a parking meter near the Health Sciences Centre in Winnipeg where he gets his treatment. He says the fees have increased and are a tax on the sick. 0:36

Among those who saw the story is Michael John, who is offering to pay his parking fees and help Kennedy pay his son's education costs.

The Winnipeg businessman said he understands Kennedy's frustration, as he had to use the same parking meters when his mother was ill.

"I just don't want him to end up getting a criminal record, getting in trouble with the city, over any of these parking meters being plugged up and all," John told CBC News on Thursday.

"After seeing the video of him spraying foam in there, I'm actually worried that the city is now going to come after him for the costs for whatever they have to do to take the foam out."

Later on Thursday morning, two Winnipeg police officers visited Kennedy's home and asked him to refrain from vandalizing any more parking meters. However, they told him he will not be charged.

Kennedy told police he will not fill any more parking meters with spray foam until he meets with Mayor Brian Bowman to find out what, if anything, will be done on the issue.

At the same time, he said he won't pay for parking on future visits to the hospital.

'I want to thank him'

Kennedy, who estimates he's had to pay $600 to park outside the CancerCare treatment centre since July 2015, said he is grateful to John for his support.

"I want to thank him from the bottom of my heart for being such a kind man — to think of another person, a total stranger," Kennedy said.

He added that he didn't realize his story would strike a chord with so many people.

"I'm glad it's gaining the attention," he said.

"I just hope the powers that be — meaning the different political groups or people who have the control over these machines — will see it within themselves to remove these machines from these premises."

Officials with CancerCare Manitoba have said the facility does not control any of the parking around its sites, but staff try to help patients by informing them of their parking options.

CancerCare adds that it does not get any revenue from city meters or from Impark lots nearby.