Canadian Museum for Human Rights staff told not to mention abortion during some tours: email

Some staff at the Canadian Museum for Human Rights were told not to talk about pregnancy or abortion, in addition to censoring LGBT content, during some tours with religious schools, according to a new internal document obtained by CBC News.

After resignations, internal documents show $309K in severance paid at museum in Winnipeg so far this year

Some staff at the Canadian Museum for Human Rights were told not to talk about pregnancy or abortion, in addition to censoring LGBT content, during some tours involving religious schools, according to emails obtained by CBC News.

One employee, who booked school group tours, told her manager she got requests "all the time" from Hutterite colony schools and other religious schools to omit certain content.

She said based on direction from a superior, she started making a special note during the booking process on a file that would outline restrictions in place when students came to the museum.

That might include noting that a group came from a Hutterite colony school, and "we need to be very conscious that the tour guide does not use the words or speak about pregnancy/abortion/gay rights," the employee wrote in a 2017 email.

That email was sent to a manager who was looking into complaints from staff that content was being censored.

"It is imperative that these things are not included in the tour due to their cultural beliefs," the employee said in an email.

"I sometimes mention what other colony/religious schools have restricted and they say that's definitely what they can't see, and they'd be in a lot of trouble if the students did see any of that." 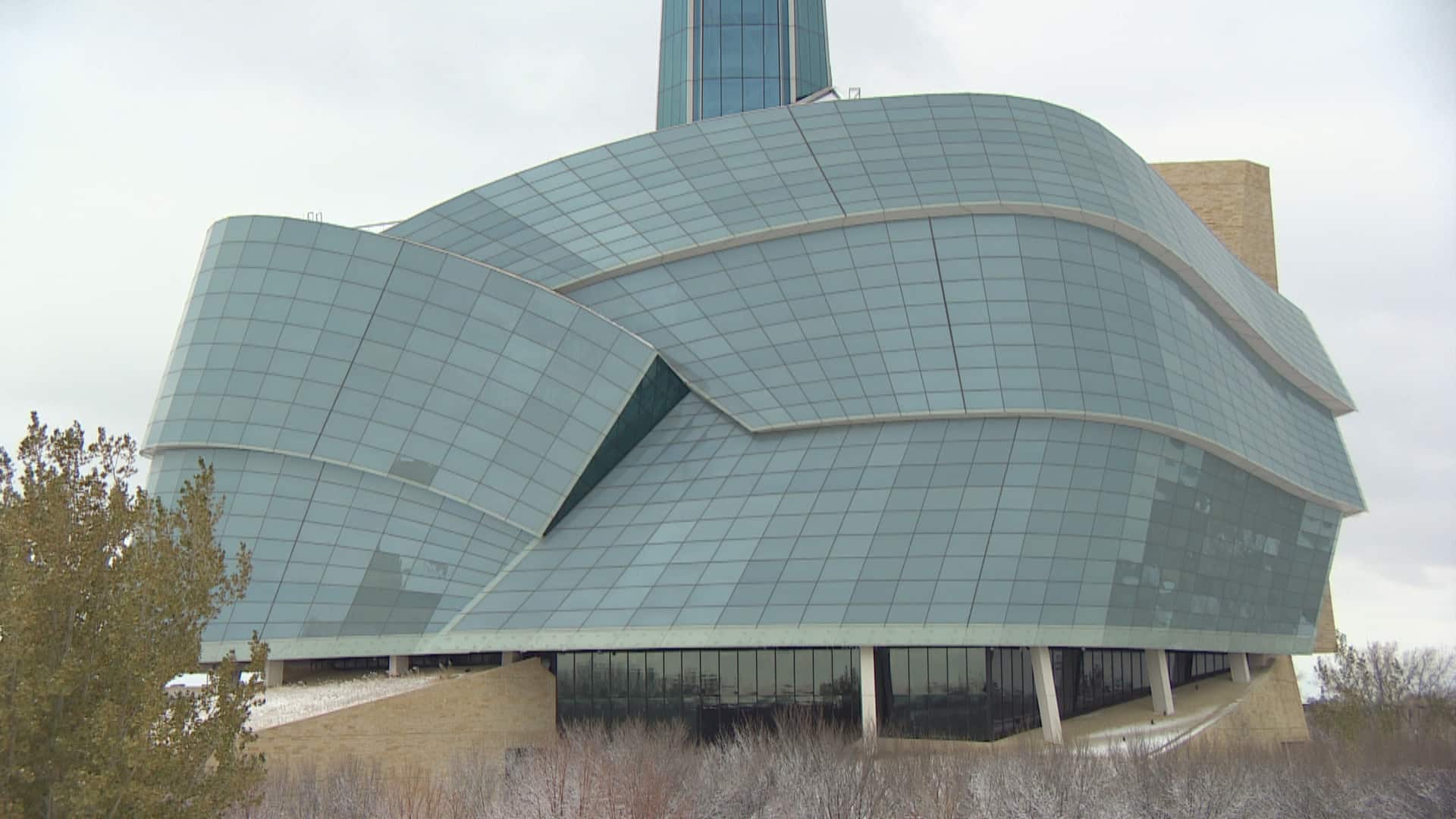 30 days agoVideo
2:14
Some staff at the Canadian Museum for Human Rights were told not to talk about pregnancy or abortion during some tours, according to emails obtained by CBC. 2:14

A current museum staffer says her supervisor told her to avoid "women's content like abortion" while giving a tour to a religious school group. She says she was sometimes asked not to mention anything related to the empowerment of women, like the story of Black human rights pioneer Viola Desmond.

The staffer said she still mentioned Desmond, whose story is featured in the museum. She said she remembers feeling confused and shocked by the direction given to her.

"That's why at some point, I didn't care anymore and I kept giving my tours without changing it," she said.

"The school really liked the tour. They didn't really appear to have been bothered by the content."

"So that would not have been an issue. However, if those topics come up during the course of a school tour, we would welcome the discussion. We choose the content of our school programs based on links to provincial education curricula and consultations with educators," she said in a statement.

She said the museum isn't aware of any employee being told to avoid talking about women's rights in general or specifically about Desmond, who fought against racial segregation in Nova Scotia in the 1940s.

"These topics have always been core elements of most of our tours for school groups and for the visiting public."

The email CBC obtained mentions notes that reflected the concerns of the particular schools, not the specific content of the tours, Fitzhenry said.

"The person who took the bookings was not a program interpreter or program developer and would not have had detailed knowledge of all the topics covered in each school tour."

Hladun repeated a previous call for decision-makers to face consequences.

"There's gotta be accountability moving forward," she said. "Up to this point, all of these things have been allowed to happen and we've not seen anyone made accountable for it."

Asked what the Winnipeg museum has done to hold decision-makers accountable, Fitzhenry said the museum can't provide specifics about employees.

"But it is worth noting that holding people accountable can take many forms. It can include terminating employment, but also things like disciplinary action, training, goal-setting and performance review.

"In the big picture, everyone at the museum must be held accountable — to our respectful workplace standards, to the principles of human rights, and to each other."

His resignation came after five women who worked at the museum alleged they had been sexually harassed by a male colleague — and said their complaints had been dismissed by the museum — as well as complaints from some staff that they were forced to censor LGBT content.

After Young left, a manager and employee also resigned.

It's not clear how much severance Young received when the museum's board of trustees announced his immediate departure in June.

The internal documents do not say how many employees the money was paid to, or how many were executives. Fitzhenry said the museum is unable to release those details to protect privacy.

Hladun says the amount paid out is concerning.

"The museum … was basically created on donations from the community, from organizations, from individuals, and it is concerning to see such a substantial amount of money being paid out … for presumably executives that were allowed to perpetuate the toxic environment that was within the museum."

Toronto employment lawyer Hermie Abraham said high severance payouts are commonly given to executives in organizations in part because it's harder for them to find a new job.

She said it wouldn't be uncommon for a CEO of an organization to get an entire year's salary upon leaving the organization.

In the years prior, severance payouts totalled:

CBC News asked all eight other national museums how much they had paid out in severance this year.

Three said they hadn't paid out anything, while four others refused to provide the information or didn't respond. The Canadian Museum of Nature said it had paid $7,000 in severance in the 2018-2019 fiscal year.