Cool, calm nights and a lack of snow have turned Clear Lake into a see-through skating rink, delighting people who work at Riding Mountain National Park. 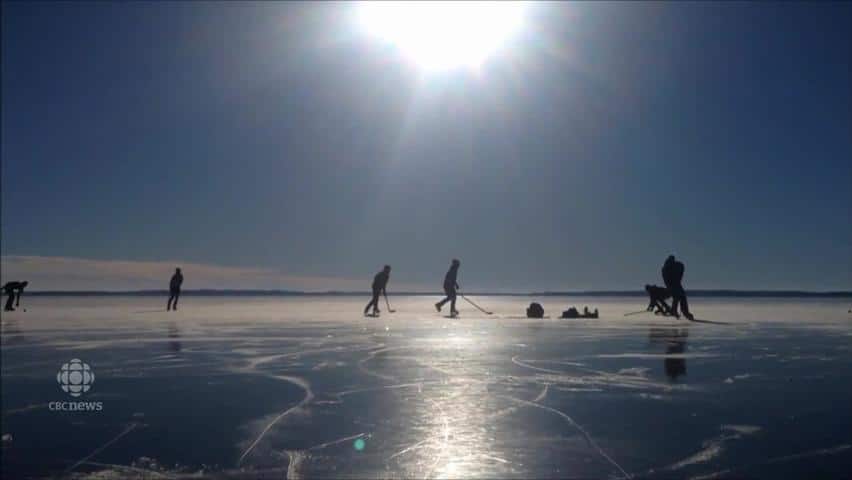 "It feels like freedom. It feels like you're young again," said Richard Dupuis, the visitor experience manager at Riding Mountain National Park.

"It brings me back to my childhood being on St-Pierre-Jolys, just south of Winnipeg on the Joubert Creek. We would always skate there, and that's what this reminds me of."

Dupuis said the tourist town is getting a lot of attention thanks to this phenomenon, which happens about every five to 10 years.

"There are a few accommodations if you're coming into town," he said. "They're actually opening this weekend because of the interest that's garnered around Clear Lake."

Ice has to be about six to eight inches thick for safe skating, Dupuis said. Right now, the ice is about seven inches, which makes it perfect for "skating parties."

"If you're in a shallow area, you can see the sand, the rocks, even sometimes fish," Dupuis said. "The Aspen Picnic [Area] is the best place to go. It's the closest where the ice touches the shore.

"It's kind of cool when you can see sand underneath your feet."

Skating on the ice is an full-body experience, according to Dupuis, who said the sounds are just as notable.

"It sounds like there's whales underneath the ice. The ice is always groaning," he said. "You also hear cracking because ice is always moving. It's changing all the time."

Working a day job won't hinder the chances of skating on the ice before it gets covered with snow. Dupuis said the best times to lace up or go for a walk are sunrise and sunset.

"You get the reflection off the mirror ice and it's amazing."