The World Health Organization (WHO) thinks malathion is “probably carcinogenic,” and while one Winnipeg doctor is on board with the city's planned review of its fogging practices, he is also urging the public take the recent news with a grain of salt. 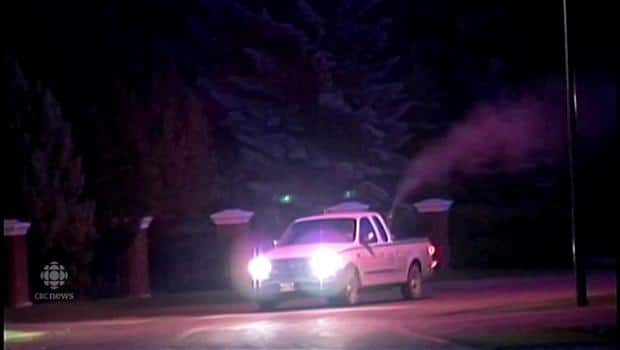 "This has not really moved the scientific markers in any significant way with regards to the decision making that needs to be made around the world for the use of a substance which has the potential to prevent serious diseases," said Dr. Joel Kettner, an associate professor at the University of Manitoba and the medical director of the International Centre of Infectious Diseases.

On Saturday, the City of Winnipeg said it is planning to team up with Health Canada to review malathion use in the city after the WHO concluded that the insecticide, used to kill adult mosquitoes, may be cancer-causing in human beings.

"The City of Winnipeg Public Service will be reviewing the WHO report in consultation with Health Canada, who license and regulate the use of malathion by municipalities," said Michelle Finley, a spokesperson for the city.

The International Agency for Research on Cancer (IARC), a specialized agency of the WHO, announced Friday that malathion and another insecticide, diazinon, have been found to be likely carcinogenic.

Kettner said Saturday he wasn't surprised by the findings, but added the likelihood of getting cancer from exposure to malathion is dependent on the dose.

I wouldn't want myself breathing that in or anyone for that matter.- Ceara Kuchinski

“There is sufficient evidence that cancer can be caused by this substance if given in a high enough dose to animals,” Kettner said, adding mice tend to be particularly vulnerable to the effects of malathion in tests.

“It's all about dose. It's best described in a simple statement: dose makes the poison.”

Kettner said people shouldn't be worried about fogging in Winnipeg, because the city uses an ultra-low malathion volume fogging method.

“It's distributed high into the air. The amount that actually filters down, which could then be ingested or absorbed by the human body ... the dose is so low it's almost hard to measure,” he said.

Nevertheless, Kettner said the city’s commitment to review its use of the insecticide is a good idea.

“When you are spraying for nuisance purposes, you want to be even more sure that you are not causing disease or illness. I think it is important to relook at it,” he said.

The findings have surprised many Winnipeggers. Some are changing their tune on the city's fogging practices, others are undecided. But some Winnipeggers  remain committed to supporting the lesser of two evils.

"I think it's necessary, because I get eaten alive by mosquitoes," said Latasha Stewart. "At this point you can get cancer from wherever: sun, the products you use."

But Debbie Sommerfelt said she is reconsidering her stance on fogging.

"I guess I just haven't taken it seriously enough to worry about it," said Sommerfelt. "I think I hate the mosquitoes more than the malathion."

"The malathion is a chemical and that scares me, because it's supposed to be carcinogenic," said Sommerfelt. "I figure we need to use another form of prevention of getting rid of mosquitoes."

Ceara Kuchinski said she may register her property with the city as a buffer zone. Her main concern is the health of her baby.

"It does cause some concern, definitely, hearing about the possible carcinogens — especially having a child of my own now," said Kuchinski. "It definitely is not something I want her breathing in."

Kuchinski said she would prefer to see the city rely more on natural nuisance control methods, like the release of dragonflies in urban areas.

"If they say 'probably is,' [it] most likely is," she said. "I wouldn't want myself breathing that in or anyone for that matter."

The WHO agency issued the same carcinogen classification for glyphosate Friday, a key ingredient in the weed control product Roundup and some other herbicides.