Manitoba Premier Brian Pallister says the emergency unfolding in Churchill and other northern communities that rely on the flood-damaged Hudson Bay Railway is of deep concern and it's likely to remain a crisis situation for some time.

The mayor of Churchill says next spring is too long to wait for train traffic to resume on the Hudson Bay Railway line.

"I don't even want to go there," said Mayor Michael Spence Wednesday. "It's got to be repaired."

The northern Manitoba town relies on rail to transport a range of goods into the community, from groceries to vehicles to the propane gas which heats nearly every home.

Shipping by air is up to three times more expensive than rail, according to the North West Company, the town's main retailer, and there are growing concerns about food shortages and price hikes.

In late May, all train traffic was shut down after flooding washed out tracks in 19 locations between Gillam and Churchill.

Omnitrax, the owner of the rail line, said it could be spring of 2018 before trains can travel along it again.

Churchill's mayor said he was told the company's damage assessment alone will take up to four weeks — far too long in his view.

"We're not satisfied with that," said Spence. "I think there needs to be a quicker assessment done."

On Wednesday, a government spokesperson said the province is temporarily increasing the northern food allowance provided to 114 Churchill residents enrolled in Employment and Income Assistance until rail access is restored.

Those residents will receive the same rate as Manitobans in remote communities without direct access by all-weather road or rail.

But the province is holding back on making any other concrete promises or discussing specific subsidies, Premier Brian Pallister said, until a damage assessment on the line can be completed. Only so much can be gleaned from a fly-over, he said.

"It would be very premature for me to start talking about subsidies when I don't know the actual nature of the needs," said Pallister. "That's why it's important to assess the situation properly and fully."

"It would be very premature for me to start talking about subsidies when I don't know the actual nature of the needs," said Pallister. "That's why it's important to assess the situation properly and fully."

There is urgency for Spence — not just because the sooner a review is done, the faster the town may receive economic assistance from government, but also because he would like to see restoration of the tracks begin as soon as possible.

"What's critical here is that the rail line needs to be repaired," he said. "That needs to be done."

He is calling on the federal and provincial governments to send engineers to assist in speeding up the damage assessment.

The federal government said Manitoba has yet to make a formal request for emergency aid.

Manitoba's premier said Churchill and other northern communities that rely on the flood-damaged Hudson Bay line will likely have to manage without a railway for some time.

"This isn't something that's just going to be fixed and go away in a couple of weeks," Pallister said. "This is a longer-term issue." 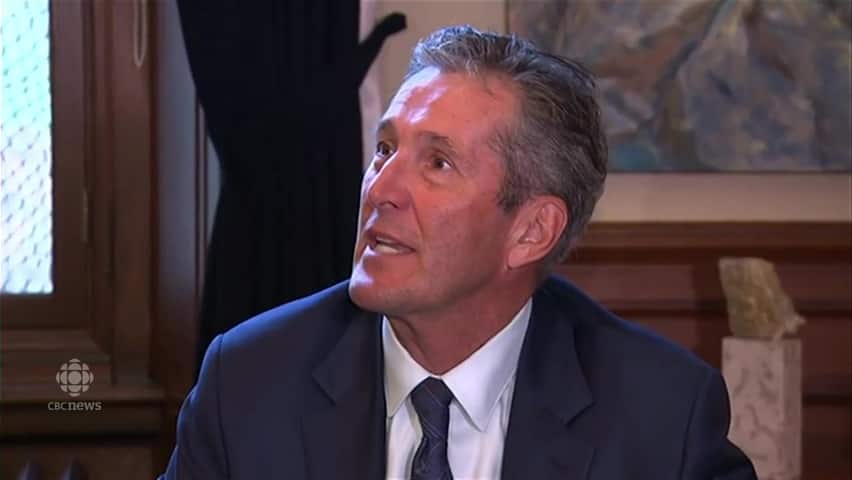 4 years ago
2:07
Manitoba's premier said Churchill and other northern communities that rely on the flood-damaged Hudson Bay line will likely have to manage without a railway for some time. 2:07

The rail crisis is the fourth disaster to hit Churchill in the last 13 months.

The community is still dealing with the economic fallout of losing its biggest employer, the Port of Churchill, which closed last summer.

It then faced damage caused by massive blizzards this winter and a spring flood, and is now dealing with the loss of relatively affordable travel and shipping into and out of Churchill.

"Our community has gone through a heck of a lot," Spence said.

Pallister said the province is in talks with both federal officials and Churchill community representatives to determine what actions need to be taken to solve short- and long-term needs — including the rising food and shipping costs.

Still, he was reluctant to make any promises until the damage assessment could be completed.

'We are open for business'

While the emergency unfolds, the mayor holds out hope the situation will not dissuade tourists from visiting this summer.

"We are open for business," Spence said. "Even though we're going through a challenge, the tourist season is still there."

Pallister is confident the tourism industry in Churchill will not be significantly affected by the loss of train travel.

About 80 per cent of visitors to Churchill travel to the town by air rather than rail, he said.

In the summer months, the town offers tourists the opportunity to see beluga whales, polar bears and a range of bird species.

Still, the premier said, Churchill's tourism businesses may struggle with higher costs for shipping gear and food up to the northern town by air.

In the future, the town's mayor hopes that whatever the outcome, the situation will be an opportunity to look at ownership options for both the line and the Port of Churchill.

"As Canadians, we need to take control," said Spence. "Does it have a future? You're damn right it has a future."

Earlier this month, the Missinippi Rail consortium, a group of First Nations working to purchase the Port of Churchill and rail line, said it had signed a memorandum of understanding with Omnitrax to buy the rail line and the port for $20 million.

In an email to CBC, the consortium's spokesperson, Arlen Dumas, said the deal is still in place even after flood damage to the rail line.

with files from Jillian Taylor, Karen Pauls and Sean Kavanagh