Missinippi Rail has a memorandum of understanding to buy the port of Churchill and the rail line to it for $20 million but the architect of the deal says the federal government is missing at the table.

CBC News has learned a deal has been struck to sell the Port of Churchill in Manitoba and the rail line connecting it to the south, but one of its principals is slamming the federal government for its lack of support.

The port's owner, U.S.-based Omnitrax Rail, has signed a memorandum of understanding with a First Nations consortium called Missinippi Rail LP to transfer the assets for $20 million.

The agreement would see Omnitrax finance the purchase through a loan to Missinippi.

Omnitrax announced in July 2016 that the port was closing and reduced the number of rail shipments down the rail line. A flood this spring that locals describe as perhaps the worst in a hundred years has left more than a kilometre of the line underwater and deepened concerns about supplying several northern communities, including Churchill.

Merv Tweed, the president of Omnitrax Canada, said the company is happy that the MOU has been signed but the flooding in the region is their primary concern right now.

"Our team's focus has been on the floods in the north.… It's been a catastrophe," Tweed told CBC News.

A deal with a purchase price to buy the line and the port was signed on May 31 by Omnitrax CEO Kevin Shuba and Arlen Dumas, the chief of the Mathias Colomb First Nation. Missinippi has been negotiating with Omnitrax for months.

'Kicked to the curb' by Ottawa: Dumas

Dumas said the agreement is an exciting move forward but is deeply critical of the federal government for what he said is a lack of support for the effort. He said Ottawa was engaged in the process for some time, but is now backing away.

"Lo and behold, when we actually come to an agreement and sign on the bottom line, those very same people who have been speaking to us about the most important relationship in the country are very quick to kick us to the curb," Dumas told CBC News in an exclusive interview.

"To be disrespected this way is ridiculous," Dumas said. "I'm absolutely frustrated because we've done the hard work. We've taken the initiative to find a solution for what we need in the North.… Having the federal government, who we allowed to be partners in helping move this forward, pull the rug out from under us is a shock and a disrespect to what we have done."

"We've been thoroughly engaged with local communities since the very first day Omnitrax announced the closure last summer. We've also been very clear about the requirements needed of any proposal going forward, including strong community support and a costed business plan. Our government is a committed partner to local communities and we will continue to work with all affected parties to find to best solution for the people of Churchill and the surrounding region."

The rail line and Port of Churchill issue has been managed through the office of federal Economic Development Minister Navdeep Bains.

Bains was not available for an interview, but Ottawa has some specific requirements for any plan it might back.

A spokesperson for the minister wrote in an email that the federal government is closely monitoring the current flood situation throughout the region and is engaged on a weekly basis in finding an ownership solution for the port and rail line.

Dumas said he is also waiting for a signal of support from the Province of Manitoba, which he said has been silent recently. He says both levels of government should be at the table but with a deal where Omnitrax will finance the purchase, Missinippi will "go it alone" if need be.​

"We recognize the importance of this asset to Northern Manitoba's economic development, but it would be inappropriate for the province to speculate on the nature of private commercial negotiations between third parties," said a spokesperson for Growth, Enterprise and Trade Minister Cliff Cullen.

"We encourage all parties to pursue a resolution that is in the best interests of the economy and the people who call this region their home."

'Every community is a partner': Dumas

Dumas said Missinippi Rail is made up of approximately 15 communities across northern Manitoba but the offer to be a part of the consortium is open to every First Nation in the region.

"As far as I'm concerned every MKO [Manitoba Keewatinowi Okimakanak] community is a partner," Dumas said.

The  Missinippi Rail consortium may have a signed MOU but a second group has been quietly working behind the scenes on its own deal.

One North was formed earlier this year, representing communities and First Nations along the rail line.

Chief Christian Sinclair of the Opaskwayak Cree Nation and Mike Spence, the mayor of Churchill, have led the second set of stakeholders looking for a solution.

Sinclair isn't sure the Missinippi group has the support Dumas is promising. In fact, Sinclair said some of the communities have rescinded their backing.

"Show us your list, Arlen," Sinclair said to CBC News.

"We [One North] not only have regional support [from First Nations communities] but support from municipalities and communities up to the Kiviliq region of Nunavut," Sinclair said. 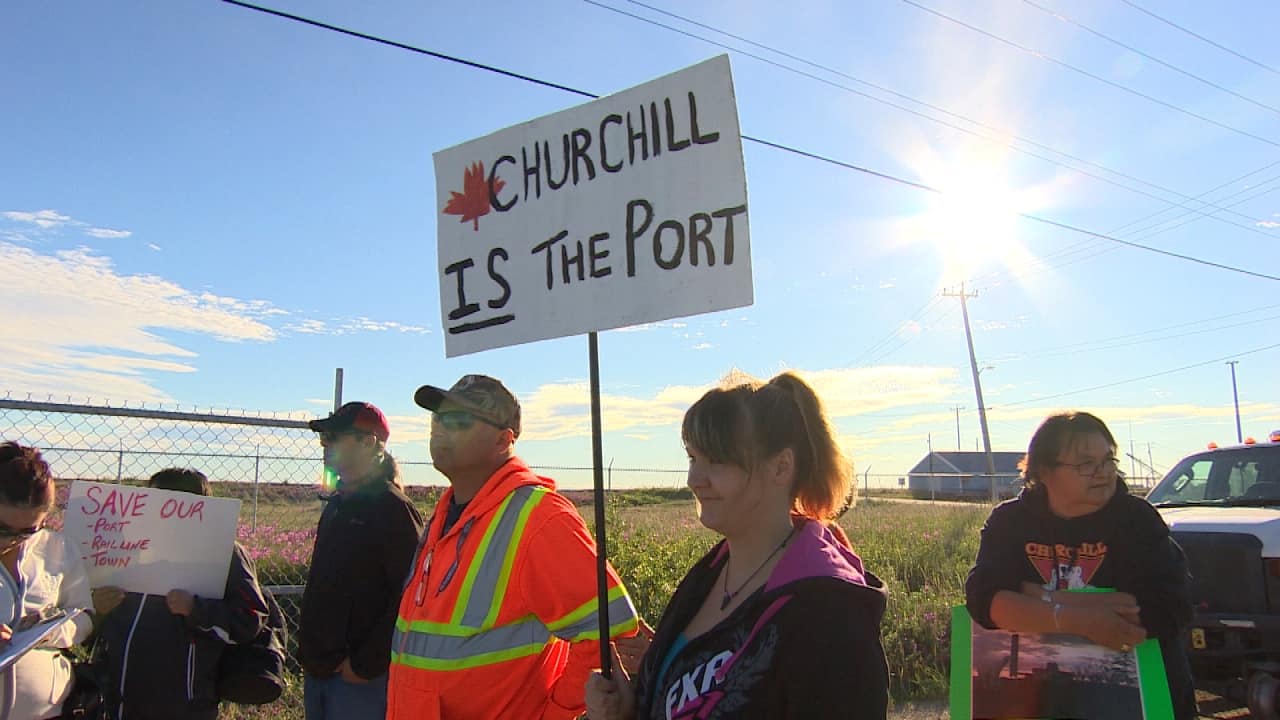 3 years agoVideo
2:16
CBC News has learned a deal has been struck to sell the Port of Churchill in Manitoba and the rail line connecting it to the south, but one of its principals is slamming the federal government for its lack of support. 2:16

Sinclair said his group has a strong team that includes technical, business and legal expertise and support from "everyone along the rail line."

When asked to comment on the MOU signed with Omnitrax, Sinclair said, "If that's the business they are doing — so be it."

Sinclair said One North is financing a business plan "that will stand for the next 150 years" and takes into account the potential economic development possibilities that may result from climate change and longer seasons at the Port of Churchill.

Dumas said he's willing to sit down with the One North group, but points out Missinippi has a deal on the table.

The Mathias Colomb leader has faced resistance in his own community over the rail/port deal.

Dumas said Missinippi has done considerable due diligence in developing a business plan to run the rail line and the port, including hiring consultants to look at environmental and economic issues and develop a marketing plan.

The new entity would have a stand-alone board of directors and experienced managers would be hired to operate the company.

He said because of the most recent flooding, Omnitrax may be involved in operations for a period after the deal is concluded, but there is no plan for the company's long-term participation. Dumas said there was never discussion of a deal where the Denver-based company sells the assets but continues to run them for a fee.