​After 18 months without service, the first passenger train arrived in Churchill, Man., on Tuesday afternoon.

After 18 months without service, Churchill, Man., residents gathered to welcome the town's first passenger train since 2017 on Tuesday afternoon.

Via Rail Train 693 left Winnipeg on Sunday, arriving in the town — 1,000 kilometres to the north — about 36 hours later, with at least 100 people braving –20 C degree weather to see its arrival.

Dakota Hart boarded the train in Thompson, more than 400 kilometres to the southwest, on Monday evening and travelled to Churchill to visit his grandparents.

"It's exciting to go up there, especially on the train. I'm happy," Hart said.

His mother, Sandra Hart, who dropped him off at the Thompson station, said the train means freedom for her family to travel.

"Going by plane is about $700 return per person, so to go up there by rail is way, way cheaper. To have that choice is just a wonderful thing," she said. "We're just so excited he can go back up to Churchill by train."

On May 23, 2017, service on the 400-kilometre Hudson Bay Railway was suspended after severe flooding washed it out in 20 different places. That severed Churchill's only land link out of town, causing the cost of living to rise steeply throughout the north.

Lena Spence-Hanson, from Fox Lake Cree Nation near Gillam, took the train to see her children and grandchildren in Churchill, about 275 kilometres to the north.

She said the 18-month service disruption affected many people.

"When the train was down it hurt everyone on this Bay Line, because we couldn't go back and forth and be with our families, we couldn't send food up to the kids," she said.

It was heartbreaking to not be able to hop on a train to help look after her grandchildren, or send a care package when food prices skyrocketed, Spence-Hanson said.

It's been 560 days since the last passenger train arrived in Churchill, and the suspension left a wake affecting much more of the north than Churchill.

Pauline Cordell, a business owner and community councillor in Pikwitonei, about 45 kilometres southeast of Thompson, saw the train off when it stopped in her community. She said access to necessities like mail, food, and health care was limited without the train.

Prior to the service disruption, mail came to the community three times a week and people could relatively easily travel south to buy groceries and go to the doctor.

Without a train, mail came whenever planes would drop it off and people had very little access to fresh food, because there are no grocery stores in the community, Cordell said.

"It means a lot," she said. "Tonight, for instance, there's a young little boy who's not feeling good. [Medevac] planes couldn't fly and so they're getting him on a train and taking him to Gillam to go see a doctor. There was no other way out and the train is coming through, so it's perfect timing."

Cordell hopes things will return to normal with the train back on track.

Other communities that rely on winter roads in the frostier months were affected by the service suspension.

Dennis Dick runs a construction crew with his sons and took the train to do housing renovations in York Landing — a community about 115 kilometres northeast of Thompson that's accessible by ferry in the warmer months, and a winter road in the colder ones.

This month, many winter roads are impassable due to warmer temperatures.

"This is our only transportation to go back to work because they shut down the winter road," Dick said. "I'm very happy to be on this train and working with my sons." 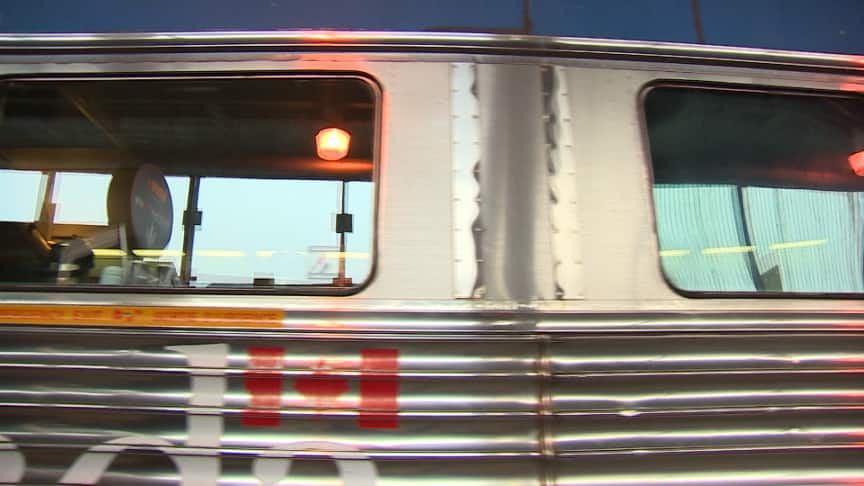 All aboard! Passenger train departs from Winnipeg for Churchill