Captured on Christmas Day during WWII, one father made a sacrifice that is still remembered

This unexpected holiday season has the daughter of one war veteran remembering the Christmas Day her father was captured during the Second World War.

This unexpected holiday season has the daughter of one war veteran remembering the Christmas Day her father was captured during the Second World War.

At 86 years old, Margaret Owen is keeping her holiday spirit high and encouraging others to keep this year in perspective as she remembers the sacrifices made by others in the past.

"I think it's definitely given me a perspective on life, a positive perspective, that I've carried with me through my whole life," Owen said.

In 1941, on Christmas Day, Owen's father became a prisoner of war.

WATCH | Margaret Owen recounts her father's sacrifice and the lessons she learned: 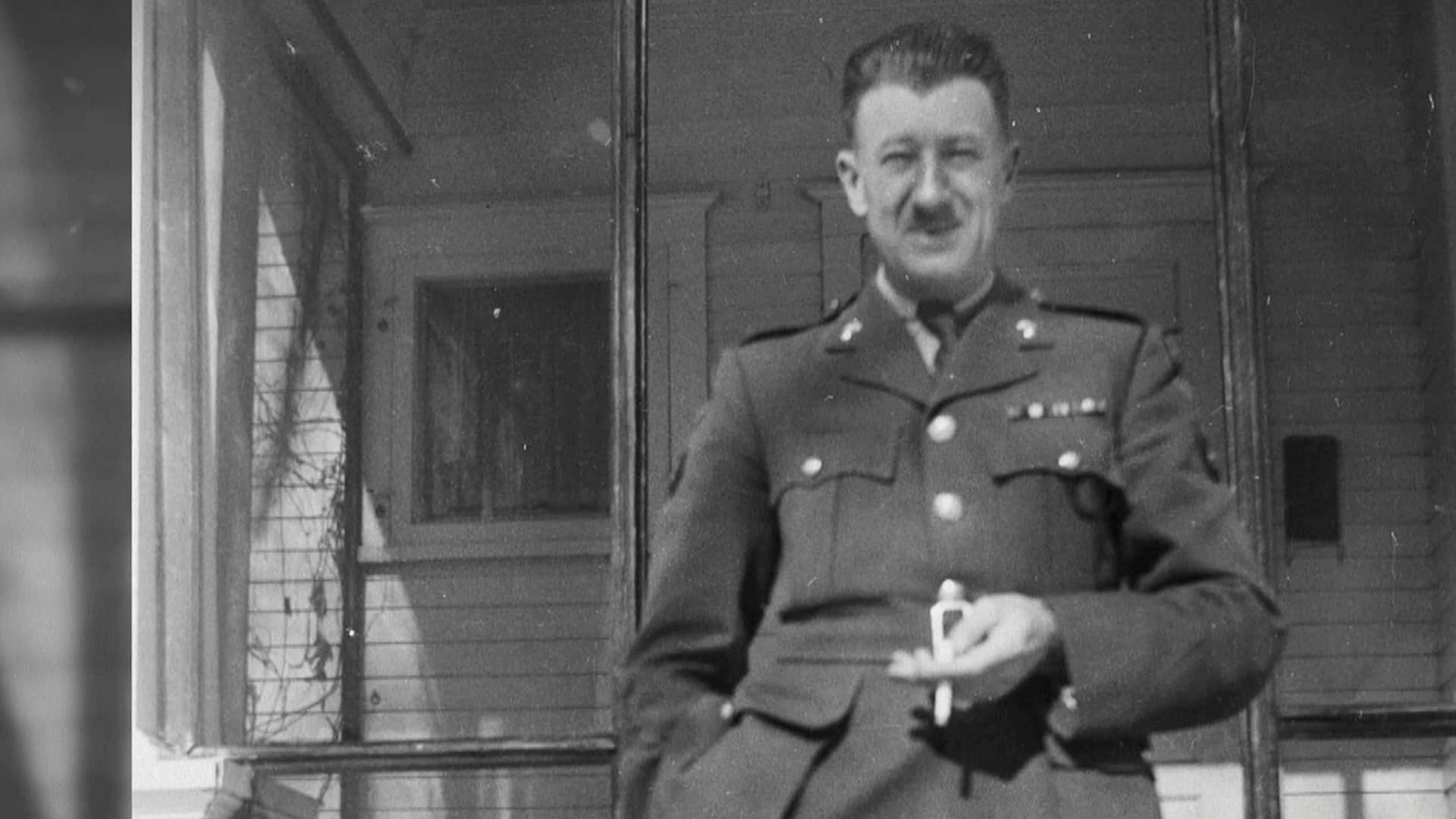 1 month agoVideo
2:31
On Christmas day in 1941 Margaret Owen's father became a prisoner of the second world war. It's a memory she still holds close to her, especially this year as Manitobans prepare to spend Christmas apart from their families. 2:31

Owen's father, Lt. Fredrick Victor Dennis, was an officer with the Winnipeg Grenadiers, a special troop of soldiers sent to defend what was previously British Hong Kong against Japanese soldiers.

The troops were one of two under-trained, outnumbered Canadian battalions that surrendered on Christmas Day.

"The prison camps were really unbearable. I mean, they had very little food and a lot of it was mouldy." Owen said. "A lot of them died."

Dennis was forced to do manual labour and became ill with diphtheria during his time as a prisoner of war.

Four Christmases without her father

Owen recounts the memories of her family living through the war in her book, The Home Front.

Owen was only seven at the time and would go on to spend the next four consecutive holidays with only her mother and two younger siblings, while her father remained overseas.

The only form of communication the family had during that time was periodic letters and in between correspondence, the family worried about their father's life.

That's why Owen says she's grateful to have the ability to phone, text or video call her family this Christmas.

Those memories have made her who she is today, and given her a unique perspective.

This holiday season, Owen will be spending Christmas alone in her apartment as she abides by the COVID-19 health regulations in Manitoba.

Despite not being able to physically share the holiday season with her family this year, she says she is so grateful for what she has.

"I know I'm spending Christmas alone here but as long as I could talk to my family on the phone … it's not the end of the world."

Owen says that spending Christmas away from her father was particularly challenging for their mother, but they made the best of a bad situation, and that's what she wants others to do now.

She understands that this holiday season may be challenging, but it's important to keep things in perspective.

She says during the Second World War, people were proud to make sacrifices for their country and she hopes this season people will keep that in mind.

"We managed and I think it made me a stronger person," she said.

"Bad times happen to everybody, but I think you have to get through them and rise above them."