The state of Manitoba's child welfare system was discussed today at an open forum hosted by the Assembly of Manitoba Chiefs on Thursday. 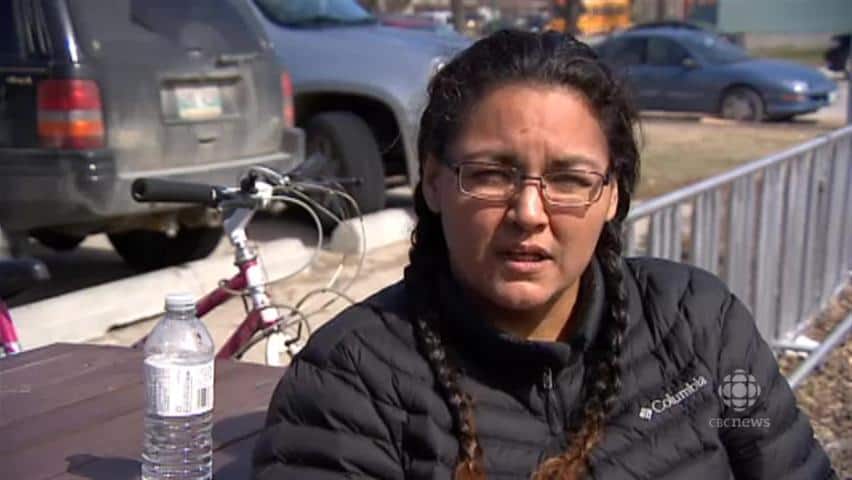 7 years ago
1:58
The state of Manitoba's child welfare system was discussed today at an open forum hosted by the Assembly of Manitoba Chiefs on Thursday. 1:58

The state of Manitoba's child welfare system was discussed today at an open citizens' forum hosted by the Assembly of Manitoba Chiefs on Thursday.

The forum at the Indian and Métis Friendship Centre brought together First Nations individuals who shared their experiences and concerns regarding the state of child and family services (CFS) in the province.

Assembly of Manitoba Chiefs Grand Chief Derek Nepinak said the goal of the forum was to take a critical look at the CFS system and discuss ways to make it better for families.

"I don't think institutions have the solutions. I think families have solutions," he said.

Among those who shared their stories was Colleen McIvor, who said she was in CFS care for 10 years when she was growing up.

McIvor said her sister and two brothers were also in the CFS system, and most of the time they were separated.

"There [were] two experiences when we got to stay together, well, with my sister. And all the rest of the experiences that I had, I was dropped off alone," she said.

"There was never a family that took all of us, except for the last lady who looked after us."

Manitoba's CFS system was put in the spotlight earlier this year, when the provincial government released a much-anticipated report from the inquiry into the death of Phoenix Sinclair.

Five-year-old Phoenix had been in and out of child welfare for most of her life before she was returned to her biological mother and her mother's boyfriend, who murdered the girl in 2005.

Doesn't agree with some recommendations

Nepinak said he had asked to work with the province on responding to the inquiry report's recommendations. However, he said he was left out.

The grand chief said he doesn't agree with many of the recommendations, including one that would look at maintaining a centralized database for all children in care in Manitoba.

"The effectiveness of our own record-keeping was not reviewed or considered," Nepinak said. "It was taken for granted or it was assumed that the province would have a better system."

In an email to CBC News sent Thursday afternoon, a government spokesperson said Family Services Minister Kerri Irvin-Ross "wants to work with the leadership council and other leaders in the aboriginal community to make positive changes in the child welfare system that will keep children safe."

Irvin-Ross's office has been trying to arrange a meeting with First Nations leaders for several weeks, but the schedules have not worked out yet, according to the spokesperson.

The province added that the Assembly of Manitoba Chiefs had standing during the Phoenix Sinclair inquiry and "had an opportunity to offer input for Commissioner [Ted] Hughes to consider."

"The minister looks forward to hearing Grand Chief Nepinak's views on the recommendations of the Hughes Inquiry," the spokesperson's email states in part.

"He will have the opportunity to share them in person, through the leadership council and through the work of AMR, the independent consultation company that will advise the province on implementing the remaining recommendations of the Hughes inquiry."

An open citizens forum similar to the one that took place on Thursday will be held in Thompson, Man., on May 13.

The input that is being gathered from both forums will help the Assembly of Manitoba Chiefs respond to the Phoenix Sinclair inquiry report.

"The people who experienced the child and family services do need to be heard so that … we can learn from their experiences as a community," said McIvor.