'I didn't call CFS for her to be homeless in the end': 19-year-old aging out of care faces uncertain future

Judith Paul and their sister Shannon are each facing very different milestones.

While Shannon Paul says she thrived after staying out of CFS care, her sister Judith may soon be homeless

Things are going well right now for Shannon Paul, 30. She just graduated from university with an arts degree last month and is planning a well-earned vacation — she hasn't decided where just yet.

Her sister Judith, meanwhile, is scrambling to avoid ending up in a homeless shelter.

It's a tale of two sisters — one who grew up in Manitoba's child welfare system and one who didn't.

And it's the sister who has been in child and family services care who may soon be without a home.

"I was depending on them for a long time to support me, expecting them to have this structure for me … but they kind of just ignored me," said Judith, a soft-spoken and often reflective 19-year-old who aged out of the care of child and family services at the end of October.

"It's the opposite of what I thought was going to happen in the last few months."

Judith, who uses the gender pronoun they, received an email from their social worker in mid-October. It warned that if Judith doesn't find housing, a spot has been made available for them at Siloam Mission.

Judith Paul talks about their experience aging out of CFS care: 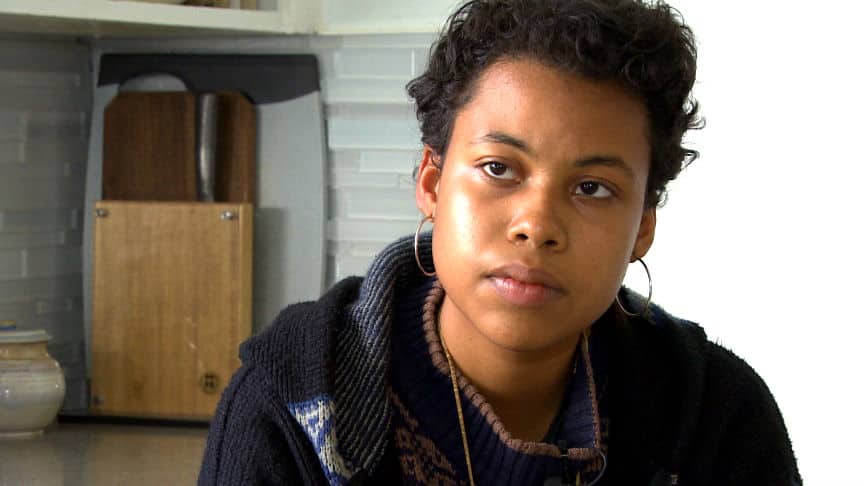 2 years agoVideo
0:39
Judith Paul says they thought they’d have more support from the child welfare system when it was time for them to leave the system and move out to live on their own. 0:39

"If you do not secure housing you will be homeless," reads the email from the Animikii Ozoson Child and Family Services social worker, who called the homeless shelter option a "security blanket."

It's a frightening prospect for a young person finishing their last year of high school while dealing with what they describe as depression, anxiety and gender identity issues.

"I didn't expect to be in this position at this age — I was expecting something else," said Judith, who has been in the care of CFS since the age of five.

"I just didn't expect myself to be applying for those places and living in those places."

Freshly graduated and now looking to start her career, their sister Shannon finds herself in a much different situation.

It was Shannon who made the decision to call CFS 14 years ago.

The home they lived in with their birth mother was dysfunctional, says Shannon, with heavy drinking and violence a regular part of the family's experience.

She wanted to protect her sisters.

"They were babies," said Shannon. "It wasn't safe." 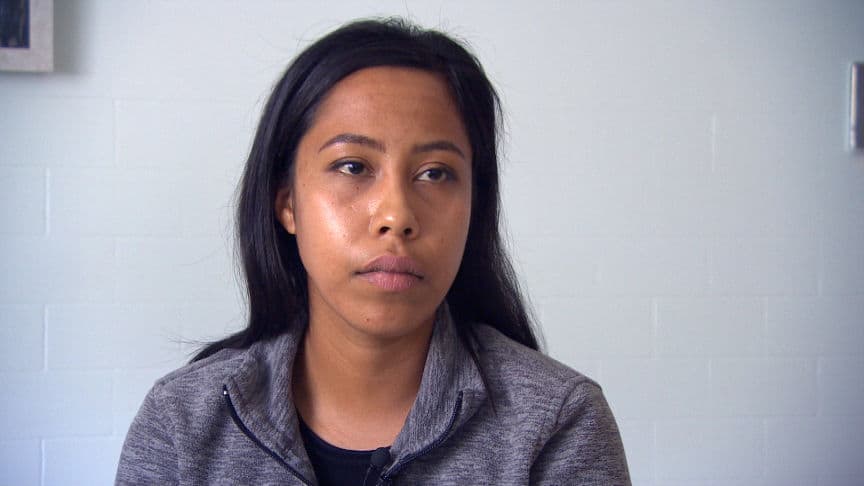 2 years agoVideo
0:29
When Shannon Paul called CFS she thought the system would protect her sisters, but she’s now worried her sister Judith may age out of the system and end up living on the streets. 0:29

Her sisters were taken into care, but Shannon was given the option of remaining with her mother because she was turning 18 soon. She decided not to go into CFS care.

Watching Judith's situation, Shannon says she's glad she made that decision, and she now questions her choice to call CFS in the first place.

"I wasn't in care … and I was able to succeed," she said, speaking to CBC News in the kitchen of the St. Boniface home where she was recently staying — a brief stop for her after graduating, and a stopgap for Judith as they waited for CFS care to end last month.

"When I called CFS, I wanted them to be in a safe place and grow up to be stable and didn't expect that my sister could be homeless," said Shannon.

"I thought there would be more supports in place. I didn't call CFS for her to be homeless in the end."

While the first few years on her own were difficult, Shannon credits a meeting with Morberg House executive director Marion Willis with helping her to turn her life around.

Willis took Shannon into her home, eventually adopting her through an Indigenous traditional ceremony, and helped her to learn about her Indigenous culture.

"Through the ceremonies I was able to sort of heal, and think about things," said Shannon, who is now a sundancer and regularly takes part in traditional ceremonies.

"I met other people who were doing the same things and living a healthy lifestyle."

Shannon learned to budget money, found a job and started paying room and board. From there, she went to the University of Winnipeg, where she graduated with a bachelor of arts degree on Oct. 12.

But now that they're out of CFS care, Judith is focused on finding a bachelor apartment and applying for government programs, while temporarily living at a friend's home to keep out of the homeless shelter.

Judith says the system hadn't prepared them for the end of care and hasn't provided the resources needed to be able to apply for government programs and find housing.

A Manitoba Families spokesperson said it's not accepted practice to move those aging out of CFS care into homeless shelters.

But agencies do provide information about "emergency resources" when clients do "not wish to engage with their CFS agency to develop a housing plan or follow through to access services."

That doesn't sit well with Willis, who says the juxtaposition between where Judith and Shannon currently are in life embodies the results found in Winnipeg's latest street census, which found half of the city's homeless spent time in CFS care before ending up on the streets.

Of the more than 1,500 people surveyors spoke with who had been involved with CFS, close to two-thirds said they became homeless within a year of leaving care.

The report, released Oct. 10, recommended CFS reform itself from a system centred around apprehension to one that supports communities to take care of children, both within community organizations and extended families.

Through her work at Morberg House — which provides transitional housing for men facing homeless in Winnipeg — she says she isn't surprised by the report and what she's seen happening to Judith.

She says most of Morberg House's clients have gone through the child welfare system.

"They almost always come to me homeless, addicted and with mental health issues," she said.

Marion Willis talks about the changes she says are needed to the CFS system: 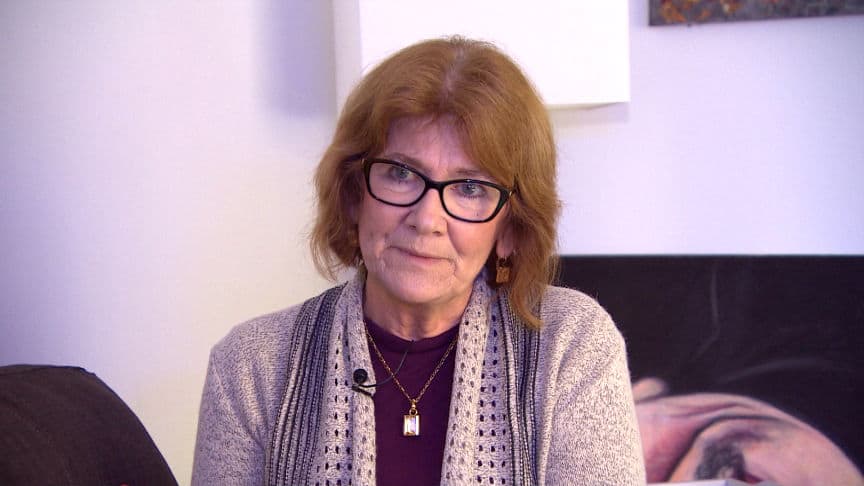 2 years agoVideo
0:37
Without changes to the CFS system, Marion Willis says more and more kids are going to age out of care and end up living on the streets of Winnipeg. 0:37

Willis says government agencies like CFS, Manitoba Housing and Manitoba Health need to work better together to give kids like Judith who aging out of care a place to live and support.

"There needs to be more of a multi-systemic approach to addressing the unique issues that kids that are aging out of care face," she said.

"It's appalling to me to think that Judith goes into care at age five — a child in need of protection — and she ages out now at age 19 into a state of homelessness."