Six Indigenous child and family services agencies are taking the Manitoba government to court over its long-standing practice of clawing back federal funds earmarked for children in care.

Six Indigenous child and family services agencies are taking the Manitoba government to court over its long-standing practice of forcing the agencies to remit federal funds earmarked for children in care.

The group of agencies filed a notice of application Thursday at the Manitoba Court of Queen's Bench, seeking to have the clawback of the Children's Special Allowance declared illegal.

"It is not culturally appropriate.… Reconciliation is only words from this government."

Through the allowance, the federal government gives roughly $455 to $530 per child to government CFS agencies each month. In 2016-17, there were over 11,300 children in care, almost 90 per cent of whom are Indigenous.

Beginning in 2010, the province's NDP government began forcing the agencies to remit the money given, saying the province was paying for the maintenance of children in care and the money was therefore owed to them.

The money was put into general revenue. If agencies refused to remit the money, the government withheld 20 per cent of the operating funds they gave the agency.

Over $260 million dollars has been "forcibly and illegally obtained and misused" by the provincial government since the policy began, the application alleges.

Although the policy was introduced by the previous NDP government, party leader Wab Kinew said he would change it if he were in power.

"I don't think it's the right move. When you think about it, should the money that the federal government is sending for children, should it go close to where the children live? I think so. I think most Manitobans would agree with that," he said.

The practice was continued by Brian Pallister's Progressive Conservative government when it came to power in April 2016, despite the party's historical criticism of the clawback.

"This policy of clawing back [children's special allowances] from First Nation agencies has left them severely underfunded and at risk of financial failure," said Progressive Conservative MLA Ian Wishart, according to Hansard from a Feb. 25, 2016 house sitting, when the PCs were in Opposition.

"What is this government thinking when following this type of policy? Clearly, they are not thinking about the children under the care of these agencies."

"My point is, we're investing $500 million in important areas to support vulnerable children. It is a policy that we have inherited from the NDP government. And it is something that other jurisdictions are using in Western Canada," he said.

The government has committed to reviewing the entire child welfare system, including financial aspects of the system, Fielding said.

The Manitoba Liberal Party has criticized the former NDP government, and now the Tories, on this issue for years, said MLA Judy Klassen. She said the government shouldn't waste money on a court case.

"Why tie up finances with that? We saw it several times with a lot of governments and they ended up losing, and so why do that? You know, it's not right. [Fielding] knew in his heart of hearts that it's not right, and he needs to change it today," she said.

The act states the money "shall be applied exclusively toward the care, maintenance, education, training or advancement of the child in respect of whom it is paid."

"Those dollars are earmarked for the specific child for whom they are provided and that means they have to go to the benefit of that child. They can't to be used as a set-off or a debt to any other governmental agency or department," said Shawn Scarcello, one of the lawyers representing the agencies.

Scarcello said British Columbia is the only other province that claws back the allowance.

"We want to stop the practice now. That is our goal," Scarcello said. 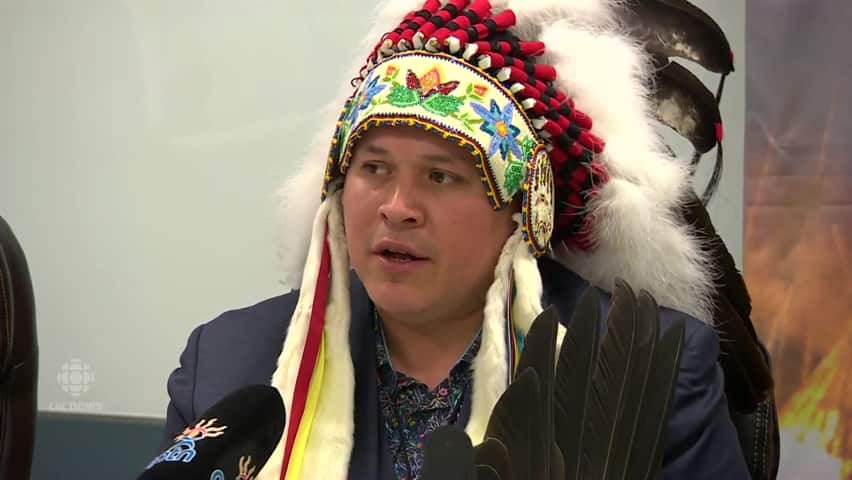 3 years agoVideo
2:09
Six Indigenous child and family services agencies are taking the Manitoba government to court over its long-standing practice of forcing the agencies to remit federal funds earmarked for children in care. 2:09

"It has always been a requirement that the [special allowances] funds would be remitted back to the province because the province had already paid all child maintenance costs for these children in care," he said.

With files from Cameron MacLean