A woman in Winnipeg has been busy gathering a special gift — 280 bags of hand-picked cedar sprigs — to send to her home community of Little Grand Rapids First Nation.

'I'm a really strong believer in my traditions. I wanted to help,' says Clementine Keeper

An Anishinaabe woman has been busy gathering a special gift — 280 bags of hand-picked cedar sprigs — to send to Little Grand Rapids First Nation.

For Clementine Keeper, who lives in Winnipeg, it's a show of support for her home community under lockdown over a COVID-19 outbreak.

"I was terrified because my whole family's from there," she said. "I'm a really strong believer in my traditions. I wanted to help and I thought that this would be a good way to help."

The fly-in First Nation, located 270 kilometres northeast of Winnipeg, with a population of 800, was upgraded to red or critical on Oct. 4.

At least 19 people have tested positive for the virus — the highest case count so far of any First Nation in Manitoba.

Some of Keeper's own family members have tested positive and are isolating, she said.

She said it's frustrating not to be able to be there with them, so she decided to find another way to help by turning to her Anishinaabe traditions.

"Cedar doesn't grow up in Little Grand," she said. "We use it in ceremonies, we use it for cleansing, we use it in the sweat lodges and we use it to drink."

On Monday, she and a group of family and friends, headed into the woods just north of Winnipeg to harvest the traditional medicine, which can be boiled to make tea or used for baths, she said.

They blessed the cedar, before bagging it and bringing it to St. Andrews Airport to be flown to the remote community.

It will be sent to the nursing station to be distributed, she said.

"I got really emotional," she said. "I'm pretty happy and I hope that, it works, people stay safe and social distance."

He said so far he is not aware of any community members in hospital.

"We have concerns about how that infection had spread, how it got into the community," he said. "So we are reviewing that and hopefully taking the proper precautions going forward so we don't have a reoccurrence of this."

Daniels said, it's believed people had travelled to the First Nation from outside of the community and attended an event.

Most of the people who have tested positive for COVID-19 in Little Grand Rapids are self-isolating in Winnipeg hotel rooms, according to a member of the Manitoba First Nation COVID-19 Response Team.

It's an effort to prevent the virus from spreading to family members living in close quarters. 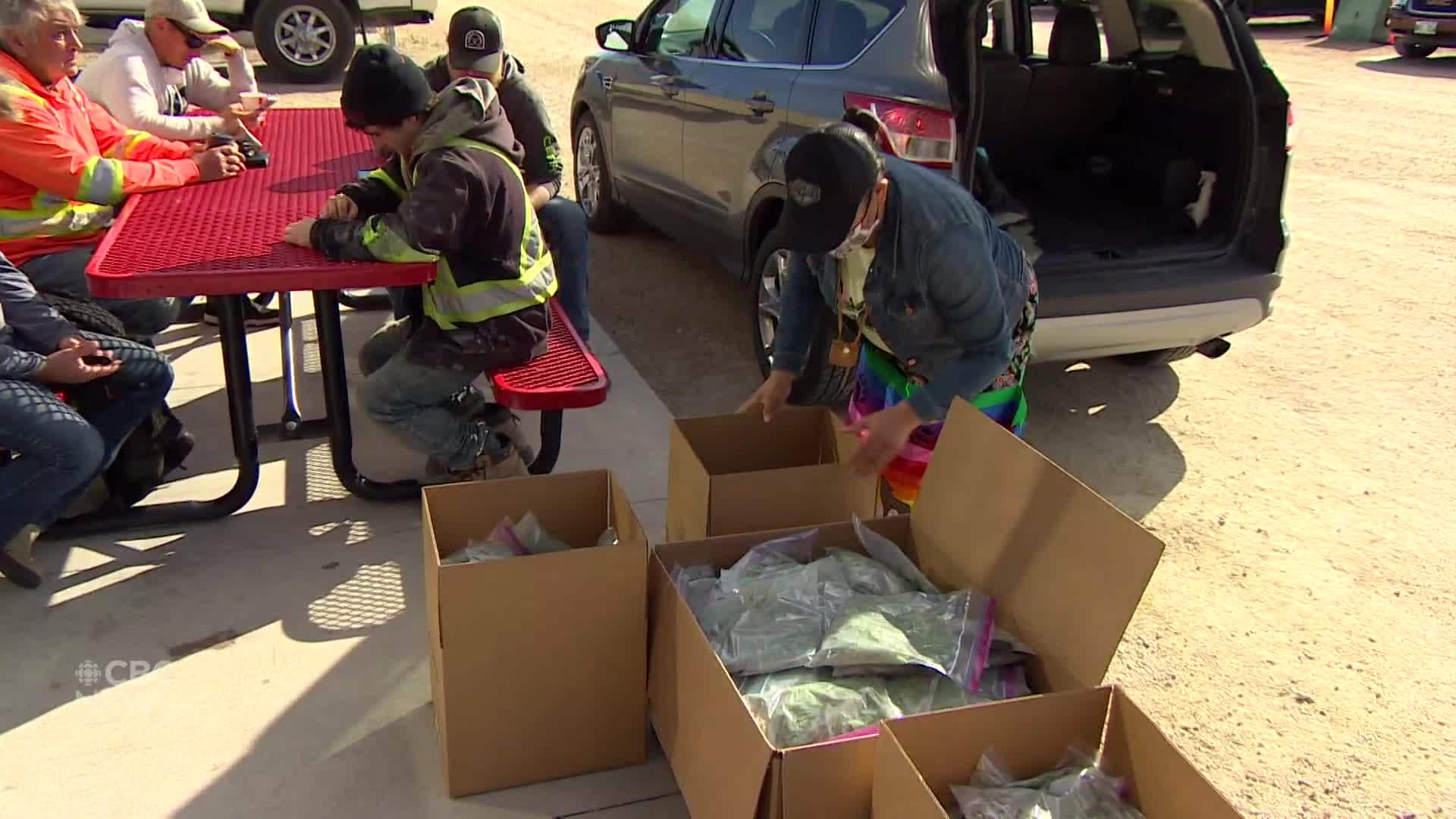