The Winnipeg School Division will begin the process of potentially renaming Cecil Rhodes School, starting with consulting with students, parents and members of the community.

Motion passed by school board Monday night to begin process

The Winnipeg School Division will begin the process of potentially renaming Cecil Rhodes School, starting by consulting with students, parents and members of the community.

The division's board of trustees passed a motion Monday night to begin this process, trustee Jennifer Chen said.

"I'm really, really grateful for having the community's support. I see this as community power," said Chen, who made the motion after being inspired by Black Lives Matter rallies in the summer and the push to remove colonialist monuments.

An online petition asking the division to change the school's name garnered more than 1,700 signatures, while Chen also received dozens of emailed letters of support from parents, former students and residents in the city's Weston neighbourhood.

Rhodes was a British businessman, imperialist and politician who controlled and exploited southern Africa in the 19th century.

While he is known for establishing the Rhodes Scholarship, he firmly believed in the superiority of the English, which he called "the first race in the world," and many say he planted the roots for South Africa's former apartheid government.

"School names should deliver a sense of pride to students and staff. The continued name of a white supremacist will hurt students who Cecil Rhodes would have seen as lesser humans," the motion said.

It asked the division to start the consultation process with the goal of renaming the school during the 2020-21 school year.

Not everyone is on board with changing the name, however.

Ron Keller spoke out against the motion Monday night. He argues that people associate the name with their experiences and memories of the school, not Cecil Rhodes himself.

"People who went there still associate their life with Cecil. To me, it has nothing more than it is a name," he said.

Keller said he was part of a similar debate in the early 1990s, when apartheid was ending in South Africa. He said he was on a parent committee that looked into changing the name, but ultimately decided against it for the same reasons he doesn't think it should be changed now.

Chen said she also wants the process to engage students at Cecil Rhodes, so they can potentially come up with a new name for their school.

Priska Lou, 16, went to Cecil Rhodes School from grades 4 to 9. She said she didn't know who Cecil Rhodes was for most of her years at the school, but when she found out, was upset to learn her school was named after someone who was clearly racist.

As a Black person, she said it's uncomfortable going to a school named after a racist.

"I was just shook at first. I was like, 'So I went to a school my entire life, since Grade 4, that was named after a racist person and I didn't know?' They should have at least educated us about that," she said.

"'Cause I'm a Black person, going to a school [named] after a racist person — how would that feel with me?"

Administration has been asked to report back to the board with the results of the consultation process no later than March 31. 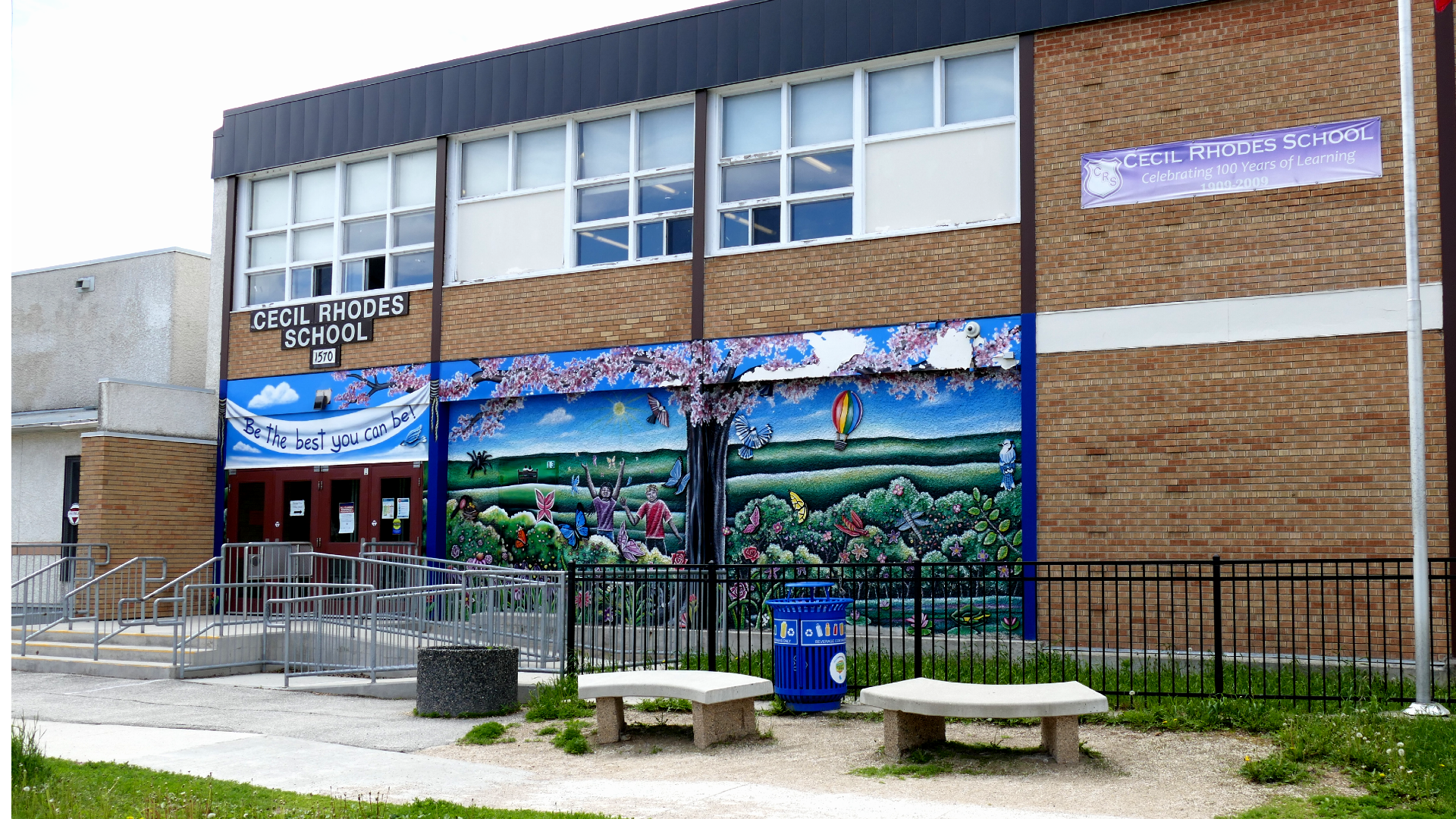 4 months ago
2:19
The Winnipeg School Division will begin the process of potentially renaming Cecil Rhodes School, starting by consulting with students, parents and members of the community. 2:19

With files from Marina von Stackelberg