CBC Asks: How is the Filipino experience in Manitoba changing?

How the Filipino experience in Manitoba has changed over time is a question CBC News posed to a panel of community leaders Thursday.

How the Filipino experience in Manitoba has changed over time is a question CBC News will pose to a panel of community leaders Thursday.

Live from the Garden City Mall, CBC Manitoba's Marjorie Dowhos hosted a discussion featuring a range of panellists, among other members of the ever-growing local Filipino community, who will consider the question: What has been the Filipino experience in Manitoba and how is it changing? 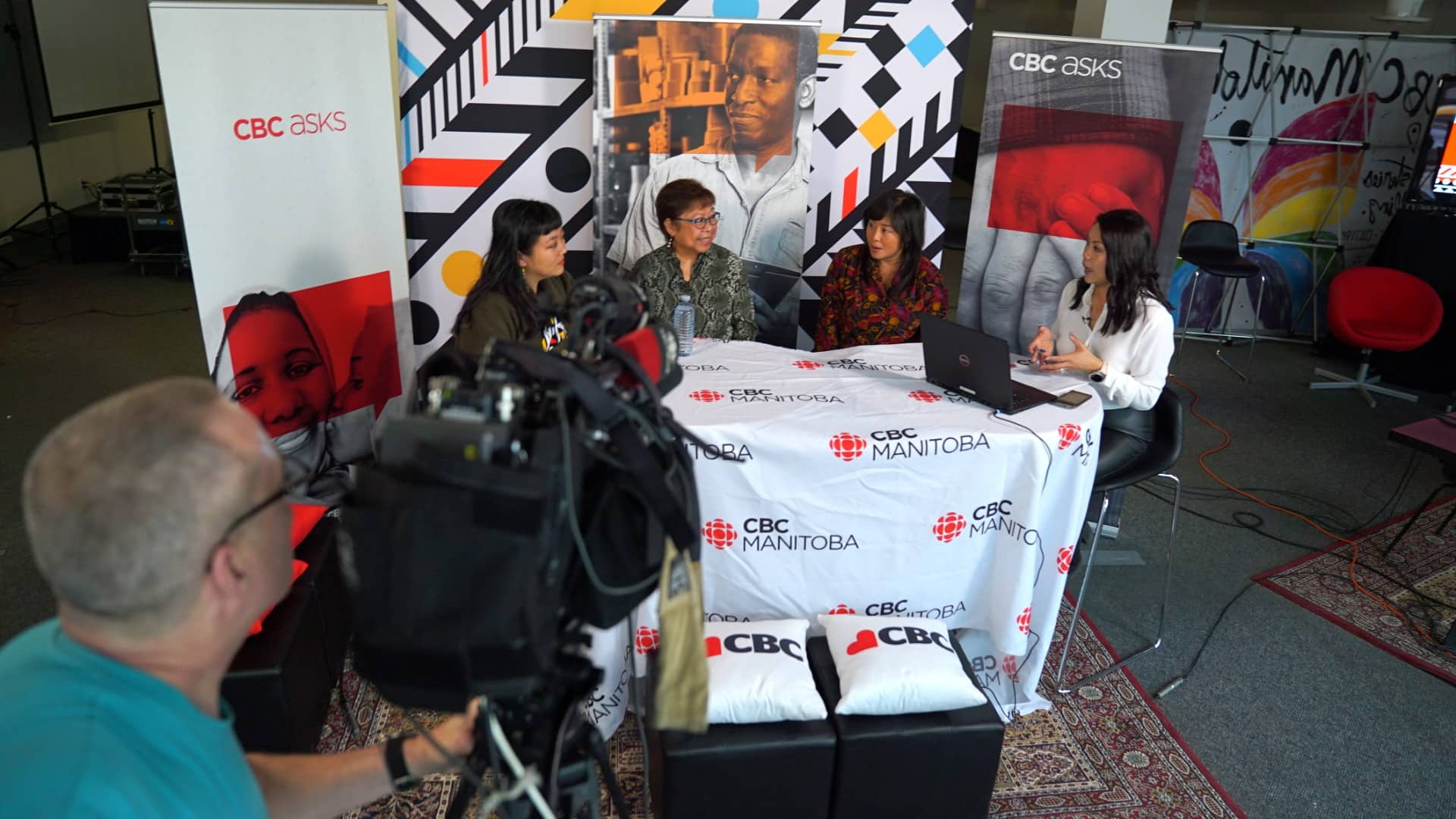 CBC Asks: What has been the Filipino experience in Manitoba and how is it changing?

10 months agoVideo
41:12
CBC Manitoba’s Marjorie Dowhos hosted a live discussion looking at the Filipino experience in the province and how it's morphed over time. 41:12

"Winnipeg was not the Winnipeg we have now," said Javate, who came here in 1976.

"It wasn't as multicultural a city as now. And when you're new, you pretty much look for people from the same community you come from."

Outside of a community centre, a centre for newcomers and a cultural group, the Filipino community had to navigate their new country and culture on their own, Javate said, adding that now there are a lot of helpful resources available.

Javate originally planned to be in Winnipeg for just a few years before moving to Toronto. But in 1984, after resigning from a job so she could move away, the Winnipeg School Division was looking for a community liaison serving the Filipino community.

Javate would fill that role for 35 years, helping students and families adjust, while informing the school division of the community.

She says children are doing better now than they were, because at the time, there were no role models in Winnipeg's Filipino community. They were adjusting to a new place — and, in many cases, a larger, urban place.

Although things have improved, Javate says newcomers still struggle to find employment in Canada, despite having the necessary education and training from their home countries.

"It doesn't matter how good you are, or where you come from — you start from zero here," she said.