Do you know how much your car is costing you? How going car-free saved one Manitoban $6,400 last year

Most Canadians have no idea how much their car truly costs them every year. When one Manitoban realized the true cost of owning a car, she decided to get rid of hers.

Most Canadians have no idea how much their car truly costs them every year. When one Manitoban did the math, she decided to get rid of hers — and she says she has no plans of going back.

"When you really add up the costs and divide them over the year I think most people spend … a lot more than they think they do," said intern architecht Erin Riediger,​ who estimates her transportation costs last year were about a quarter what they would have been if she owned a car.

She sold her car three and a half years ago when the cost of repairs became too high, and now relies on walking, biking, busing, carpooling, and using Winnipeg's car share co-op to get around.

The costs of depreciation, fuel, maintenance, and insurance all add up for most Canadians, Statistics Canada says.

According to the agency's Household Spending Survey, the average cost of private transport in Canada is $11,433 a year.

Using resources like CAA's car calculator and some simple budgeting, Riediger estimated owning a basic compact car would cost her approximately $8,600 a year.

But she calculates that she saved about $6,400 last year by keeping her total 2019 transportation expenses to just over $2,200 — which included about $950 to buy two new bikes and getting some work done to another.

Without those one-time expenses, she says she would've spent an average of about $100 on transportation per month last year — a yearly savings of more than $7,000 versus owning a car.

Commuting without a car

Riediger's commute varies on the weather. In the summer she uses her bike, while in early December she starts riding the bus.

On weekends or evenings she walks or uses a vehicle from Peg City Car Co-op, a buy-in car share program that charges members an hourly and kilometre rate, in exchange for covering insurance, gas, parking and maintenance.

She's far from alone in relying on the car share. Peg City says in the last eight years, it's grown from a fleet of two vehicles to 42, and from 40 members to 1,700.

Growing up in in Charleswood, near the western edge of the city, Riediger says she grew accustomed to having a car.

Now, she says not owning a car is a lifestyle she doesn't want to give up.

"[I've] debated the pros and cons, and the big things for me are lifestyle and also finances I can save."

It's a decision that she says has benefits not just for her wallet, but also for her health and the environment.

Walking or biking to the grocery store now feels less like a chore, she said, and more of an opportunity for exercise and fresh air.

'You kinda need a car'

Not all of the commuters CBC News spoke to were sold on the idea of going car-free, though. For some, the financial costs of owning a car are worth the benefits in a city like Winnipeg.

"Winnipeg has a perception that you kinda need a car to live in this city, [with] everything being so spaced out," said commuter Denis Cicak. "When it's –30, you're not going to wait half an hour for a bus."

Cicak says where he lives would be a big factor in determining what other forms of transportation he might consider.

Riediger understands that changing commuting method can seem daunting. She admits that many are discouraged by bus schedules and unprotected bike routes.

"It's a little bit of a chicken and egg scenario, because you need better transit to get more people to take transit but also you need people taking transit to be able to pay for it."

Orly Linovski, an assistant professor in the University of Manitoba's department of city planning, understands that other modes of transportation need to be made easy — but that's not the only factor to consider when it comes to driving less.

"The environmental benefits are huge. When we're in the midst of a climate crisis we probably cannot overstate that," Linovski said.

"There's impacts for your health. Even if you use public transportation, the vast majority of public transit trips have some amount of walking with it."

Linovksi also said she sees more people who aren't necessarily giving up their cars entirely, but are reducing car use by choosing different transportation methods for different trips.

Riediger agrees everyone needs to find the approach that works best for them.

"I'm not going to tell anybody how they should live … it's not about taking people's cars away," she said, though she encourages others to try living without owning a car.

"If you just try it you're going to feel lifestyle improvements beyond just the cost savings." 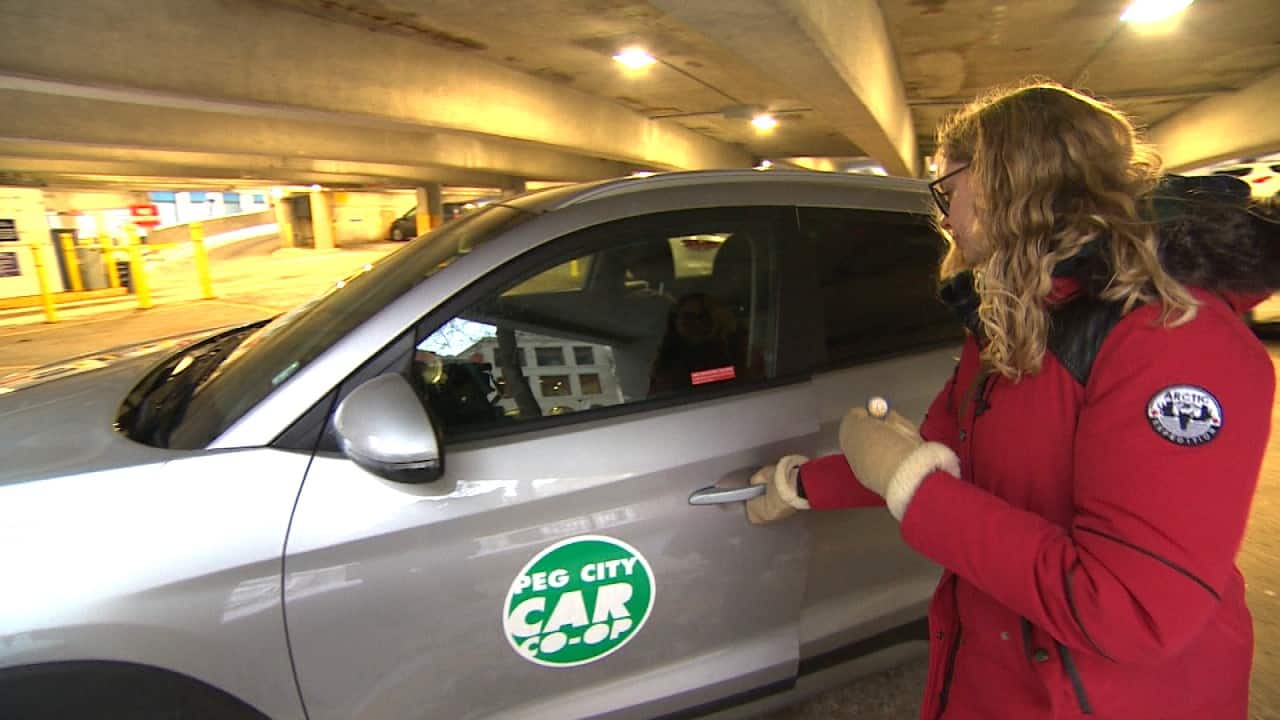 1 year agoVideo
2:29
Most Canadians have no idea how much their car truly costs them every year. When Erin Riediger did the math, she decided to get rid of hers — and she says she has no plans of going back.  2:29
CBC's Journalistic Standards and Practices|About CBC News