Winnipeg's modest legal-cannabis industry wants the Progressive Conservative government to foster a made-in-Manitoba marijuana sector as the clock ticks down toward the legalization of recreational weed.

Winnipeg's modest legal-cannabis industry wants the Progressive Conservative government to foster a made-in-Manitoba marijuana sector as the clock ticks down toward the legalization of recreational weed.

Cannabis producers and retailers say Brian Pallister's government ought to allow an array of entrants into recreational cannabis production, distribution and retailing in Manitoba — and in a manner that doesn't allow large national players to monopolize the local marketplace after legalization next July.

"I think the worst case for Manitoba here would be to allow for us to import products from other provinces, to retail stores that are run by companies from other provinces, with none of the profits, expertise, etc., really contributing to the Manitoba economy," said John Arbuthnot, vice-president and co-founder of Winnipeg's Delta 9 Bio-Tech, the first licensed cannabis producer in the province and for now, the only licensed distributor, as well.

Last week, Manitoba's PC government invited cannabis-industry players to help the province figure out how to distribute and sell recreational cannabis. Justice Minister Heather Stefanson said while the province is leaning toward the use of the existing Liquor and Gaming Authority as a cannabis regulator, "all options are on the table" for cannabis distribution and retail sales.

That sets the table for one of three cannabis retail-and-distribution options: an entirely private model, a Manitoba Liquor & Lotteries monopoly or a mix of public and private distributors and retailers.

Arbuthnot, whose firm sends mail-order medical marijuana to about 1,800 customers right now and hopes to expand into recreational cannabis storefronts, said he believes a mix of public and private options makes the most sense for the marketplace, provided Liquor & Lotteries wants to participate.

"I'd like to see a broad base of stores, different marketing, branding behind those different storefronts and really allowing for participation across the spectrum from there," he said.

Arbuthnot founded Delta 9 in 2013 as an Asper School of Business project, with help from his banker father and a quality-control expert. The company now employs 45 people at an 80,000-square-foot Transcona warehouse and produces approximately 1,200 kilograms of medical cannabis a year, generating roughly $2 milllion in annual sales, said Arbuthnot.

Delta 9 raised $6 million during its first four years and hopes to raise another $5 million over the next two months, as the company is preparing to list its stock on the TSX Venture Exchange.

Arbuthnot hopes to raise another $25 million in 2018 as legalization ramps up the demand for federally approved cannabis. He said he's not concerned by reports of a cannabis-sector stock bubble, as he says there is nowhere near enough of a supply of legal cannabis to serve the impending demand.

"​It's our feeling there will be a short supply in the market for a period of two to three years as producers such as ourselves ramp up capacity to meet demand," he said.

The only other licensed cannabis producer in Manitoba, Bonify, is still awaiting Health Canada approval to sell the crop it's growing in a 320,000-square-foot warehouse in the North End.

Karen Debroni, Bonify's director of business development and administration, said her firm will work within whatever regulatory framework the province deems appropriate for Manitoba. She did, however, say she too hopes Manitoba players will have access to the local market.

"We should be arranging a legal program to accommodate the craft cannabis people," he said, opining artisanal cannabis operations produce superior medicinal cannabis products and derivatives and patients will continue to seek out these products.

"I think if Manitoba just sits back and waits to watch happens, we're going to hurt ourselves financially."

Both Arbuthnot and Monasterski said Manitoba is well-suited for cannabis production because of the low cost of electricity, the presence of skilled labour, the central location and a climate cold enough to allow easy cooling of indoor growing facilities.

The large-scale grower and the craft-cannabis proponent also agreed another front: the people who sell cannabis in retail stores ought to be intimately acquainted with the psychoactive effects of dozens if not hundreds of different strains, which vary in terms of the content of cannibinoids, terpenes and other chemicals.

"I wouldn't suggest you buy cannabis products from somebody who doesn't have that knowledge," Monatserski said.

"The best advice I ever get at the liquor store is from that staff member who knows their wine intimately and knows how to provide some product background and knowledge behind it. I would love to see the same thing for our cannabis products," said Arbuthnot.

Last week, both PC Justice Minister Heather Stefanson and NDP justice critic Andrew Swan suggested cannabis retailers only need to be educated about their various products as opposed to cannabis consumers. That prompted marijuana advocate Steven Stairs to liken such a cannabis retailer to a car salesman who doesn't have a driver's license.

The Trudeau government plans to legalize recreational cannabis on July 1, 2018, over the objections of Manitoba Premier Brian Pallister, who says there is not sufficient time to prepare. 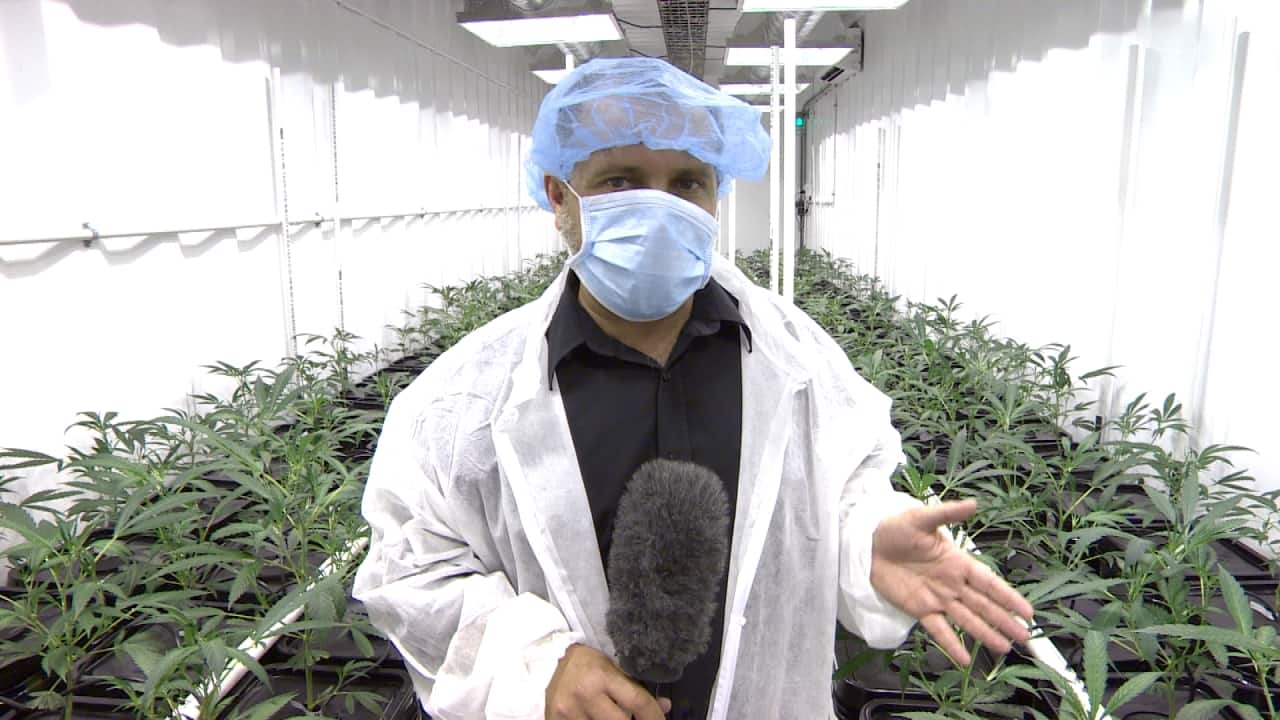 4 years ago
2:24
Winnipeg's modest legal-cannabis industry wants the Progressive Conservative government to foster a made-in-Manitoba marijuana sector as the clock ticks down toward the legalization of recreational weed. 2:24