The advent of the #MeToo movement in Canadian politics has cabinet ministers speaking publicly — and young staffers, quietly — about the open secret of predatory, sexualized behaviour in political Ottawa.

The advent of the #MeToo movement in Canadian politics has cabinet ministers speaking publicly — and young staffers, quietly — about the open secret of predatory, sexualized behaviour in political Ottawa.

Many describe the so-called whisper network, where staff members secretly share stories and trade advice on which politicians to avoid, or who to reach out to for some informal support.

"Using the whisper network, the gossip chain that we use to tell each other when we see something or hear something, can no longer be seen as the main way to manage incidents of harassment," Rempel said.

Prime Minister Justin Trudeau, among many others, have said dealing with sexual misconduct on Parliament Hill demands changing the culture and the rules, something that will take time.

Eager for change, a number of women in Canadian politics are seeking out creative solutions to fill in the gaps in the interim.

A Toronto-based organization called the Young Women's Leadership Network is designing an online tool kit aimed at helping political parties — and the many young people who volunteer for them — prevent and address sexual violence on the campaign trail. 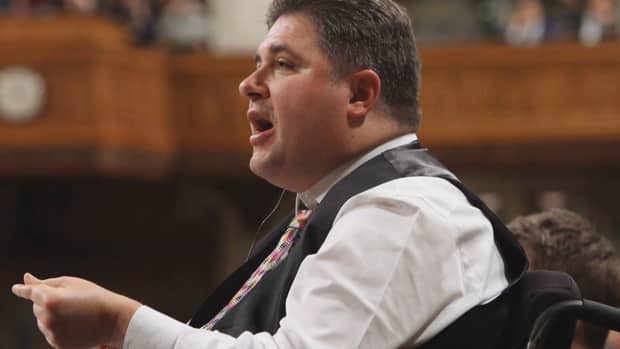 3 years ago
3:04
Sexual harassment and misconduct on Parliament Hill is no longer an open secret and with the House returning on Monday, MPs will be addressing the issue with a new bill. 3:04

"It will actually lead to young women staying involved in politics instead of just leaving," said Arezoo Najibzadeh, co-founder of the organization.

The tool kit, which is being developed in consultation with those who have directly experienced sexual harassment, including in politics, will provide tips on how to keep volunteers safe while out on the campaign trail, build trust and make sure they are supported in the event of trouble.

Najibzadeh said in-person training, which the organization hopes to start offering to campaign managers, staff and volunteers in Toronto by the end of April — in time for the Ontario election — will complement the online tool kit.

A stop to abuse of power

A Manitoba senator has also decided to take matters into her own hands.

Independent Sen. Marilou McPhedran has set up a confidential email address (confidential@mariloumcphedran.com) where anyone who has been an employee, intern or volunteer at the Senate since 2006 can speak directly to her, or be referred to a lawyer she is hiring through her own office budget.

McPhedran, a human rights lawyer who has chaired inquiries into sexual abuse patients, said survivors of sexual assault or harassment typically want to get a sense of closure, but they also want to stop the person who harmed them from doing it to anyone else.

She wants to give them a means of sharing any information that could bring about that goal, but in a confidential way that might not even end up naming the person accused of inappropriate behaviour.

"If we are going to make genuine, lasting change, then we need to understand better what has happened before," she said.

"We don't have to identify anyone, but the information that survivors have is something that they may wish to be sharing, but they don't have a safe environment in which to share it," she said, noting the extent of disclosure would be entirely up to the person who decides to reach out.

Meanwhile, the MPs studying proposed legislation to strengthen harassment regulations in federal workplaces, including Parliament Hill, will also invite staffers, interns and even their colleagues to share their stories behind closed doors.

The details are still being worked out, but the House of Commons human resources committee has agreed to devote one meeting, to be held in camera, to allow those "with lived experience of workplace harassment or sexual violence" to appear and have their privacy protected.

The proposed legislation, known as Bill C-65, would apply to all employees working for parliamentarians, too, but there is a separate code of conduct aimed at addressing allegations of harassment between MPs that could also be getting a revamp.

The procedure and House affairs committee unanimously passed a motion Thursday to create a sub-committee to handle the task.

The code was reviewed last fall, but Liberal MP Filomena Tassi, the government's deputy whip, said things have changed so much in the past few months that it is time to dig deeper.

The #MeToo movement, the recent cases involving Canadian politicians and a survey of female MPs have all helped to shift the landscape, Tassi said.